A left over Magister Millitum Assyrian Camel disguised as an Elephant

Here's a quick snap of a spare one off element I painted up and disposed of. 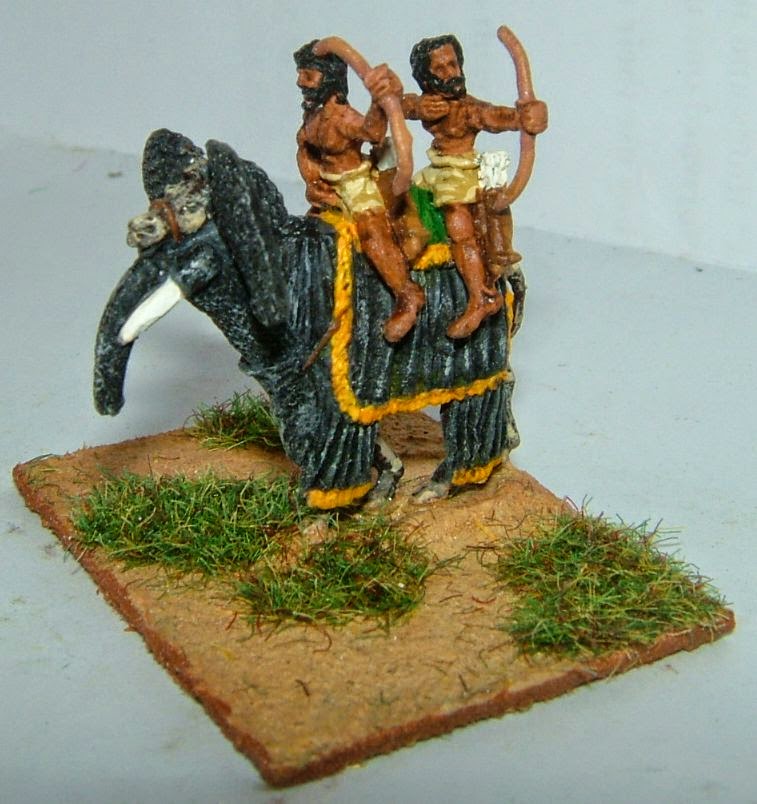 Its a camel disguised to look like an elephant from Magister Millitum in 15 mm scale.
Posted by Drew Jarman at 18:16:00 No comments:

Braunschweig-Wolfenbuttel's Wargames World: Roll Call 2014 Report Back: Roll Call 2014 Well after a roller coaster Roll Call last weekend I came in 2nd, with my highest ever competition score and best ever pla...
Posted by Drew Jarman at 09:39:00 No comments:

Well after a roller coaster Roll Call last weekend I came in 2nd, with my highest ever competition score and best ever placing. 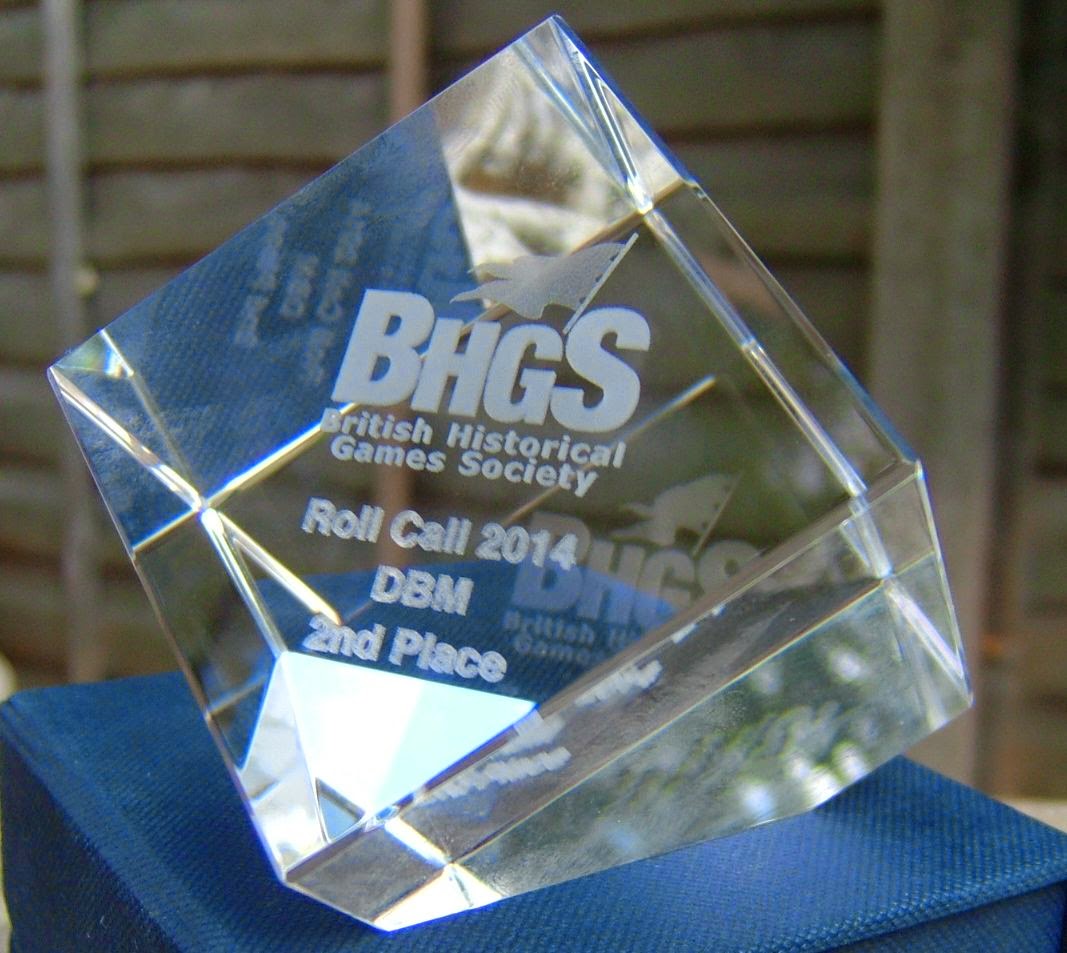 My own army was composed thus:

After using the army for five games, one practice game the week before and during Roll Call the only thing I would change would be to swap one LH O from Command 2 with the LH F in Command 1 as I found that on two instances the LH O were split up and in the wrong place and it cost me too many PiP's to sort them out to my liking.

We ran out of time in round 3 because neither of us were willing to go for it until we were ready to attack. Gareth delayed me with his annoying Hd I.

Round 4 wasn't the most pleasant of games, we were both hot, tired after a long weekends games and both made some silly errors in the use of the rules that the other picked up on so got a bit ratty. I have apologised to Chris for my behaviour which wasn't at my best and we have thankfully drawn a line under the game.