Alternative Armies do a large range of fantasy and historic bits and pieces and I rather like my 15mm Duchy of Milan Italian Condotta army. I noticed the Da Vinci tanks by change a couple of years ago and decided they would be rather fun to buy and use as either baggage elements or as artillery on the battlefield. The tank is made from resin and cast in two halves a top and bottom and comes with sixteen cast metal cannons. Whilst the resign was very clean with minimal flash none of the holes for the cannons were actually open which required me to drill all sixteen of them out to make the cannon fit to the base. The models are 50mm in diameter and 25mm tall.

They took a little while to assemble and after three coats of paint and some dry brushing and a wash they look quite nice.

They are available to mail order from https://www.alternative-armies.com/collections/15mm-renaissance-altuos-range/products/hot101-da-vinci-tank They also make a Leonardo Da Vinci casting on foot or mounted on a horse which I have yet to paint up. If you want the figures its cheaper to buy them together with the tank using their purchase option as a set.

As part of my attempt to try and clear out most of my unpainted metal I started Project Lead Mountain back in 2012. I am still working through the metal but the unpainted metal is down to 20% of its original amount as long as I ignore the new purchases I have made since 2012.

I club mate recently used a 15mm Later Pre Islamic Arab army on the tabletop and mentioned that he was often unable to field the exact right amount to troops he wanted to deploy.

He didnt want the MM castings but since I am painting the rest I might as well paint everything all at the same time to clear out the remaining oddments for this particular commission.

The Minifigs castings are quite old but they are on their later horses and camels which means they are still quite good figures considering their old age. Minimal flash on them which is always a good start.

We agreed a figure for my castings and to paint them up to match figures I have already supplied to him in the past. I painted them fairly generically so he can use them in a few armies as desired.

The odd Irr LH I element will end up in my own collection. 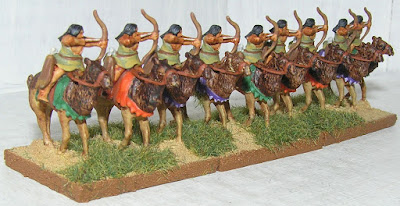 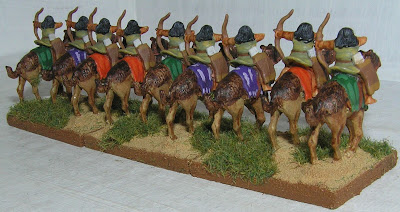 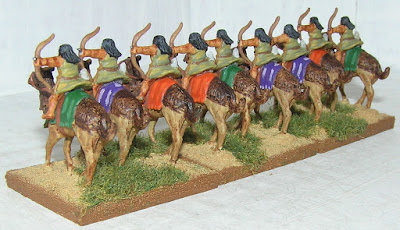 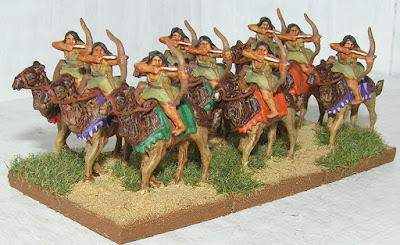 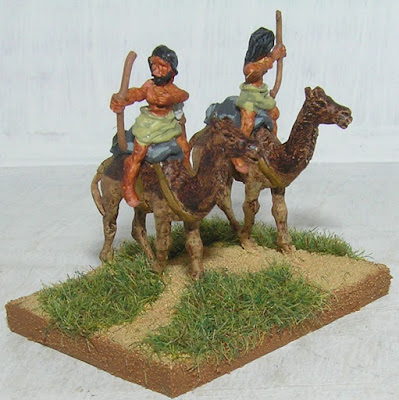 Andrew at my club offered to scratch build a special baggage piece as a think you for some help I had given him over a private matter. Little did I think when I gave him the drawings that the final piece would look so nice. I have been looking for a suitable building for an Assyrian Army to use as a BUA for a while. I found this drawing of a tent. I had to base, paint and decorate the model but I am very pleased with the finished article. It sits on a 120mm x 80mm base so can double as a special baggage piece or a BUA as desired. I put some paper print outs on the base to represent carpets and trimmed the building with a line of paper to represent decorative detailing on the tent walls. 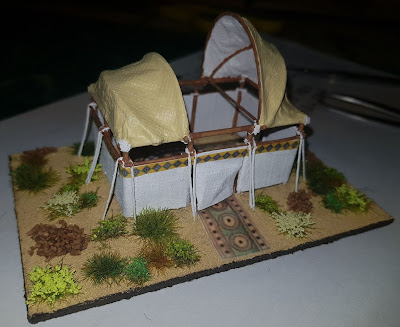 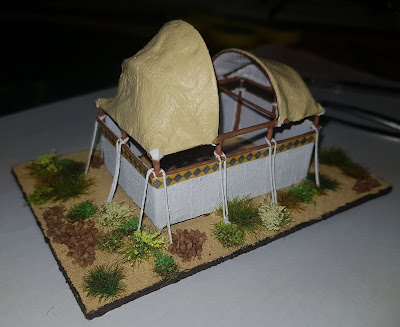 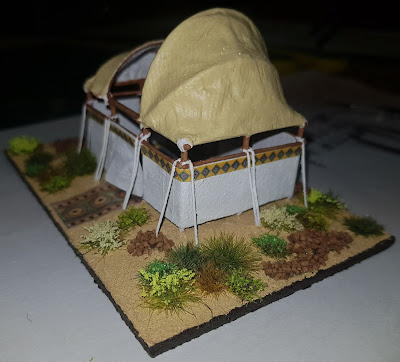 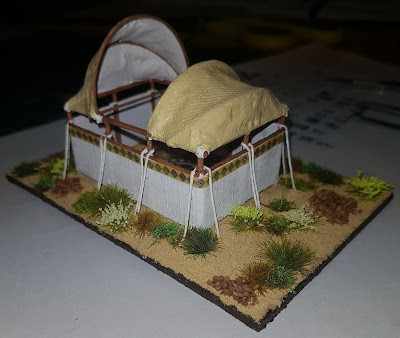 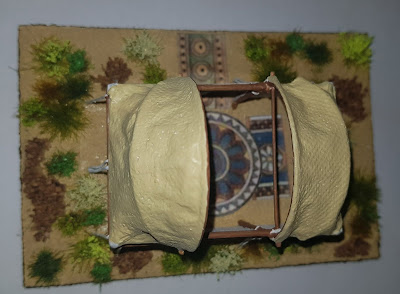 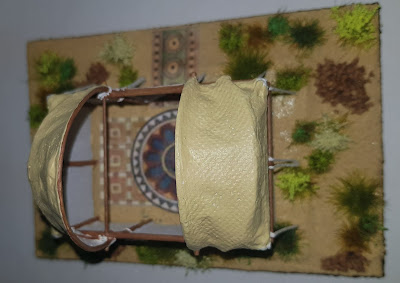