As part of Project Lead Mountain I am trying to clear out lots of unused unpainted things. One of my more left field purchases was a load of Uncharted Seas ships. The original company Spartan Games went bust and they were sold off to the highest bidders upon liquidation. Wayland Games purchased The Uncharted Seas rights, but have at the time of writing, nothing with the rules for over two years.
Since I had a large collection of their ships I decided it was time to get some of them painted, ready to either play or sell on. The main faction I have are Iron Dwarves, Dragon Lords, Ralgard and Shroud Mages, though the last faction are missing lots of options. I also ended up with other starter fleets for the Humans and Orc Raiders plus a few additional pieces.

I am missing the Bellows Class Airships but hopefully will eventually sources some in due course. 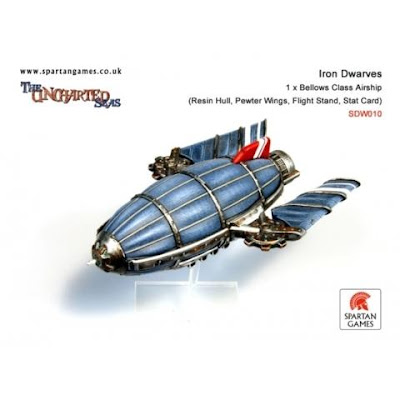 Part 3 Of The D&D Commission

This figure is a 28mm whitemetal Triton Druid, the make is unknown so if you know who made it let me know. Its way out of my painting experience so I have been experimenting as I go along. 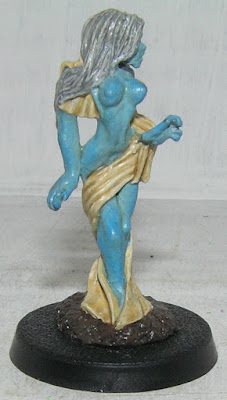 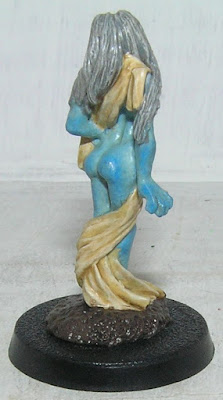 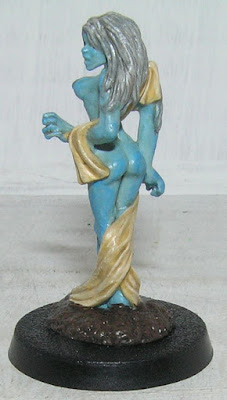 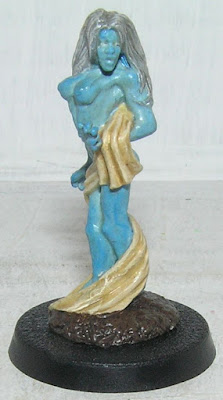 As a late addition to this post I have finally completed the Genasi Femail Wizard, the model is actually from Wizkids and is listed as a https://www.waylandgames.co.uk/wizkids-unpainted-miniatures/48656-fire-genasi-female-wizard but I was asked to paint it as a Water Wizard. I was creative in how I painted it so its a bit of a Heinz style wise. [31/12/19] 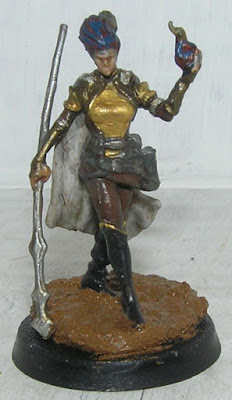 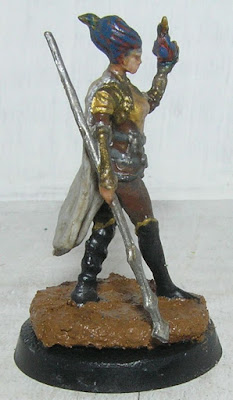 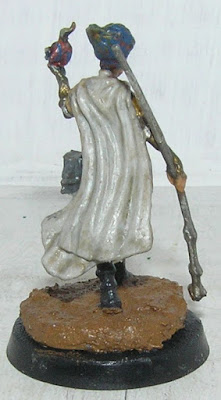 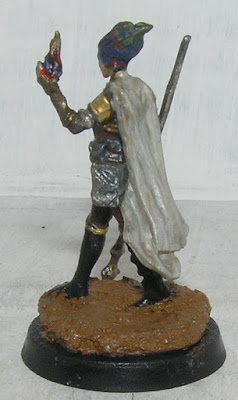 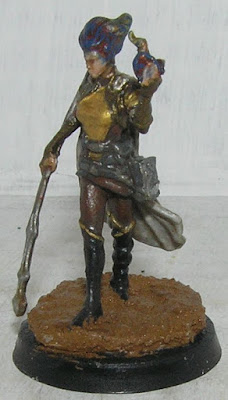 Way back in 1994 when DBM v1.3 was still in use I decided that I might like to build a Later Swiss Army. Because Navwar was local to me and the figures relatively cheap I decided to use their Naismith/Roundway figure range to build it. As other plans changed including real life events causing problems they project languished in a draw for years and years.

The Swiss Confederation army of this era consisted of troops drawn from 14 Cantons which meant that I had some guidance on the Cantonal Flags and used these as inspiration for various uniforms of each contingent. As I built the army over the last four years I restarted with contingents 9 and 10 back in 2016. Fast forward to 2019 and now Cantons 13 & 14 are finally done along with the last element to complete the Early Swiss Army which came about due to my ending up with a bag of very cheap Minifigs 13th C Halberdiers which I had painted earlier.

So that's two armies finally completed from Project Lead Mountain which I started back in 2012.

First up is the Early Swiss CinC Reg Bd [X] which includes a converted pike general who is now holding a halberd. The cantonal inspiration is Schwyz, one of the founding cantons. 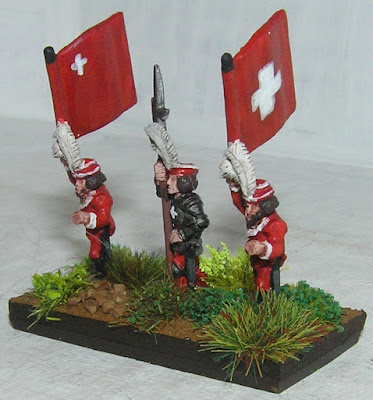 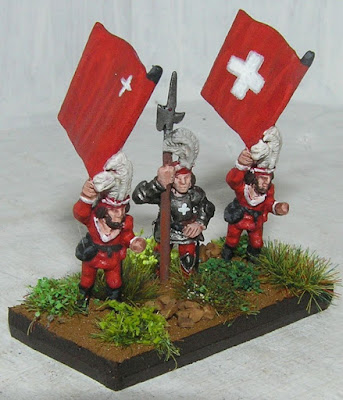 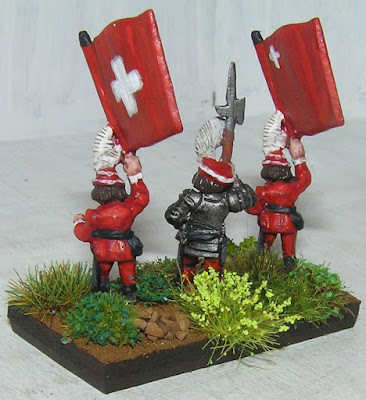 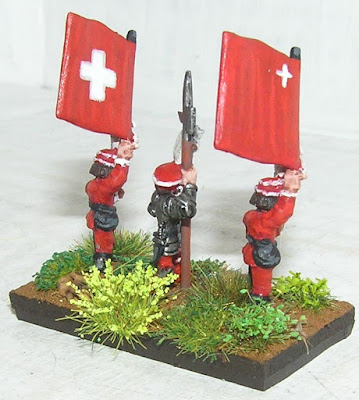 The list requires two optional Psiloi generals elements so I used Basel for the inspiration for this element. Whilst not a canton until quite late they still provided troops to the confederation before they formally joined. Again I took a pike general and modified the casting to carry a much more handy spear for use in rough going terrain. 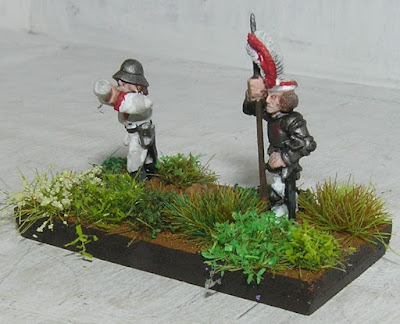 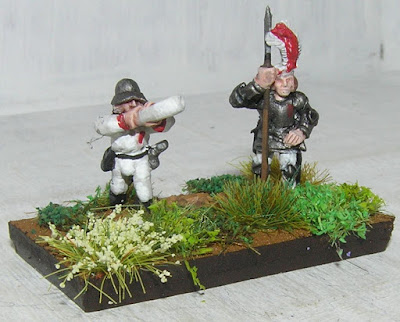 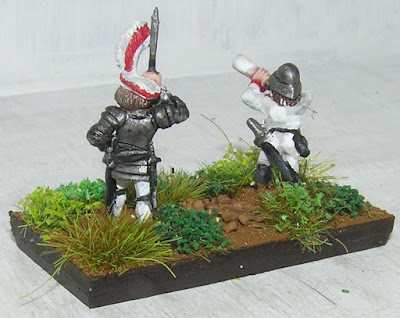 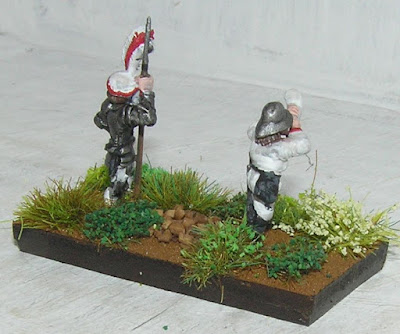 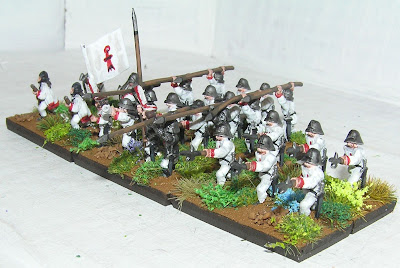 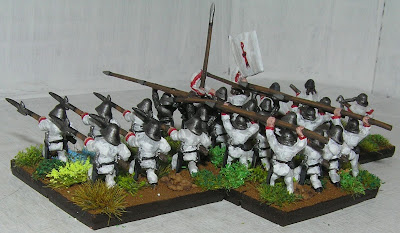 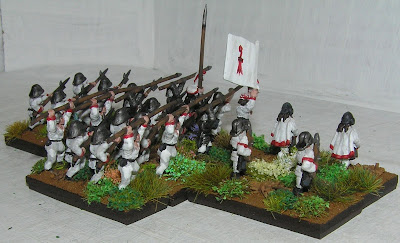 Last up is the final cantonal contingent drawn from Schaffhausen organised exactly the same as the Basel contingent. 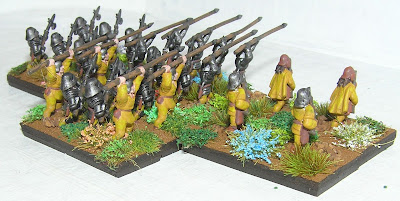 Of course posting about a completed army would not do unless I posted a picture of all the troops together. All in all it made for a colourful army painting project and I am very pleased with how it turned out.