It will be played over four rounds using the 32-0 BHGS scoring system with each round spread over three* months starting immediately after the AGM. [*approx 3 months = 6 meetings].
Players should be aware that if they enter this commits them to playing four games of DBM using their chosen during the course of 2019.
In the event of there being an odd number of entrants I shall be submitting a BYE army list to be used in all BYE games, the BYE player will always be the player in last place except in the first round when it will be the player submitting the list with the most recent date.
No player will get more than a single BYE game. The first round will be drawn in strict list date order and in the event of a tied score in subsequent rounds armies will be sorted in strict date order in the first instance and if players have then already played each other the player with the newer list date will be bumped down the draw until there is no repeat match ups.
The tie break at the end of the tournament with be done firstly if the tied players have played each other the one with the highest score will be placed about the other player.
If this score is still tied, each tied players enemies final scores will be totalled up and the player with the highest enemies total will be placed about the other player.
One army list, 400 AP using the DBM 2nd Edition Lists or the DBMM Revised lists up to 1500 AD [players may not chose from both list versions in the same army selection, eg if using the DBM list they cant take a DBMM ally contingent or vice versa].
Players must also specify the exact date of their chosen army along with list version and book number, its Aggression Rating and Geographic Region to avoid any confusing.
For the duration of the tournament players are informed that they cannot revise their list after each round UNLESS there is a mistake in the list that only comes to light during one of their games.
The tournament will be played using DBM v3.3 updated here http://www.jglwargames.com/house-rules/
In the event of any round finishing early I will move any left over meetings into the subsequent round which encourages players to try and get their games out of the way early if possible and gives us greater flexibility if there are scheduling problems later in the year.

If a player finds they are unable to play in a particular round they are permitted to ask a substitute player to run their chosen army if possible.

Bob said he so liked my Hussite generals that he wanted another six 15mm knights painted. I didn't have anything suitable in Project Lead Mountain so he said he would buy the figures he wanted. Had I realised he wanted fully armoured knights rather than barded ones I might have been able to sort him out six figures, but hey ho!

So whilst at the Xmas meeting at the club I was presented with six Essex Miniatures MER11 castings. https://www.essexminiatures.co.uk/products/mer11 I did say I might not get the time to do them before the next meeting but as it turned out because there were only six of them to do I painted them this week. They were cleanly cast with minimal flash and once primed quite easy to paint. I mounted the riders on pins before painting as it made it easier and quicker to paint them in a small batch. Bob didn't want them based up so he can match them with the figures he already has meaning I just painted the metal bases green to avoid the chance of there being any unpainted metal showing. 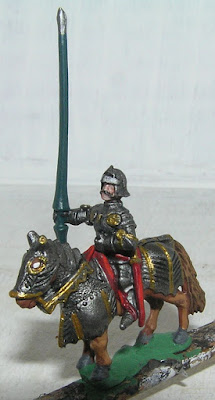 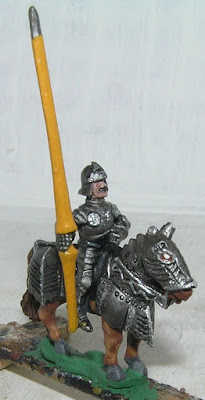 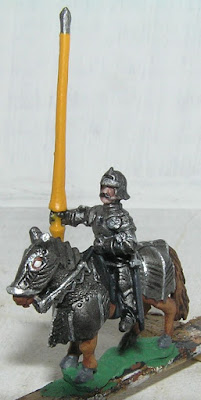 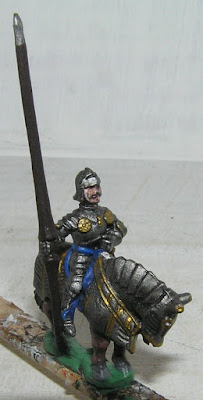 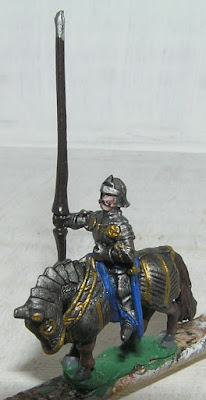 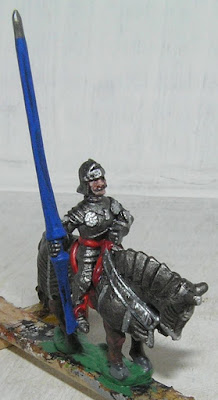 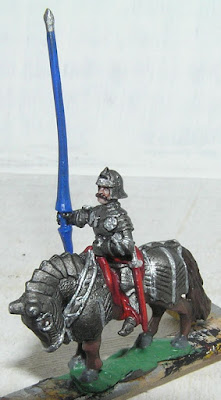 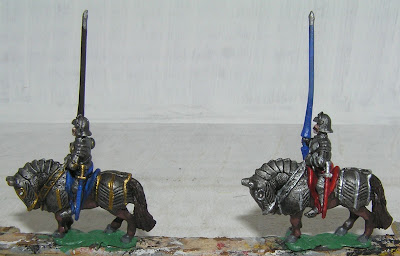 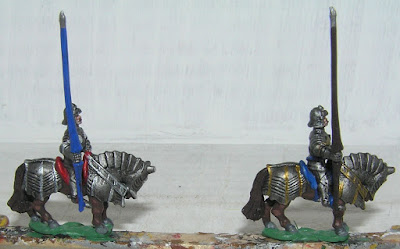 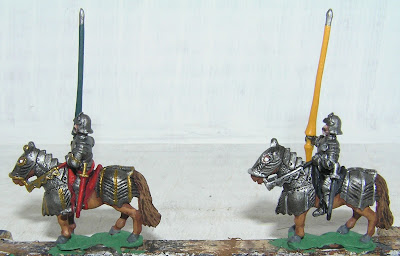 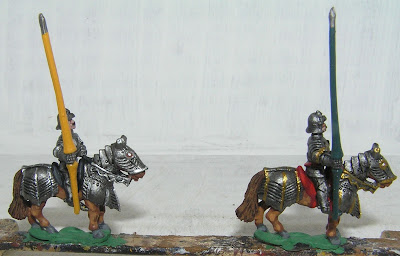 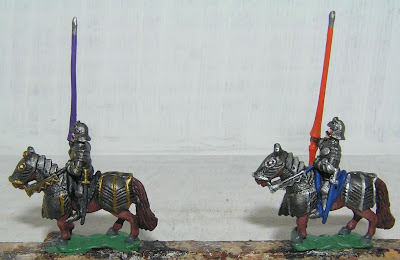 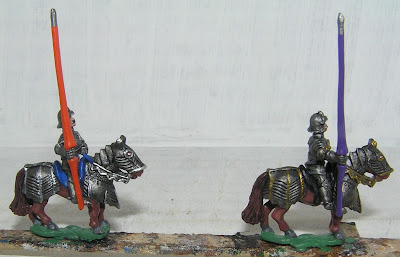