Finally managed to paint virtually all the elements I needed to complete this army. I am short a couple of Reg Art S which are on order. I took the opportunity to order some other artillery pieces while I was at it and will batch paint all of them ready to sell on EBay in due course.

The Attalids and some other elements I have just texture based amount to 150 elements, comprising 441 foot, 84 mounted and 9 bolt shooters.

Not bad since I only decided to start this army 11 weeks ago. Once its all based and varnished I will take some pictures to show the figures.
Posted by Drew Jarman at 22:11:00 No comments:

Second Outing for the DBMer's at EW

Richard Gravatt kindly offered to facilitate the clubs DBM Tournament for the second year running and revised the format to reduce the workload of the participants.

In the end 10 members entered and have used a mixed collection of armies, though it is very knight heavy. The players were split into two pools with the top players in each pool playing in the final to decide the championship for 2015.

The Armies chosen by book order are.

I have asked for the dates of the individual armies and will update the blog in due course. I think Pool 1 is the tougher of the two pools army selection wise but since players are not time limited except that its usual for us to play to a conclusion during one of our normal Sunday club meetings from 09.30-17.00 hours if necessary.

We will be using the BHGS 32-0 score system and DBM v3.2 which hopefully avoids any problems with drawn scored in the pools.

The seeds from last year who entered were Peter K, Drew J, Bob M, and Tim M and these were split alternatively in each pool.

Some pictures of Peter Kemp and I's game of DBM today.

My game play fell apart after I rolled four 1's in a row for combat.

After that it was just a case of seeing if I could snatch a command before I collapsed.

I killed his CinC in the same bound that he took the last two elements to break my army. 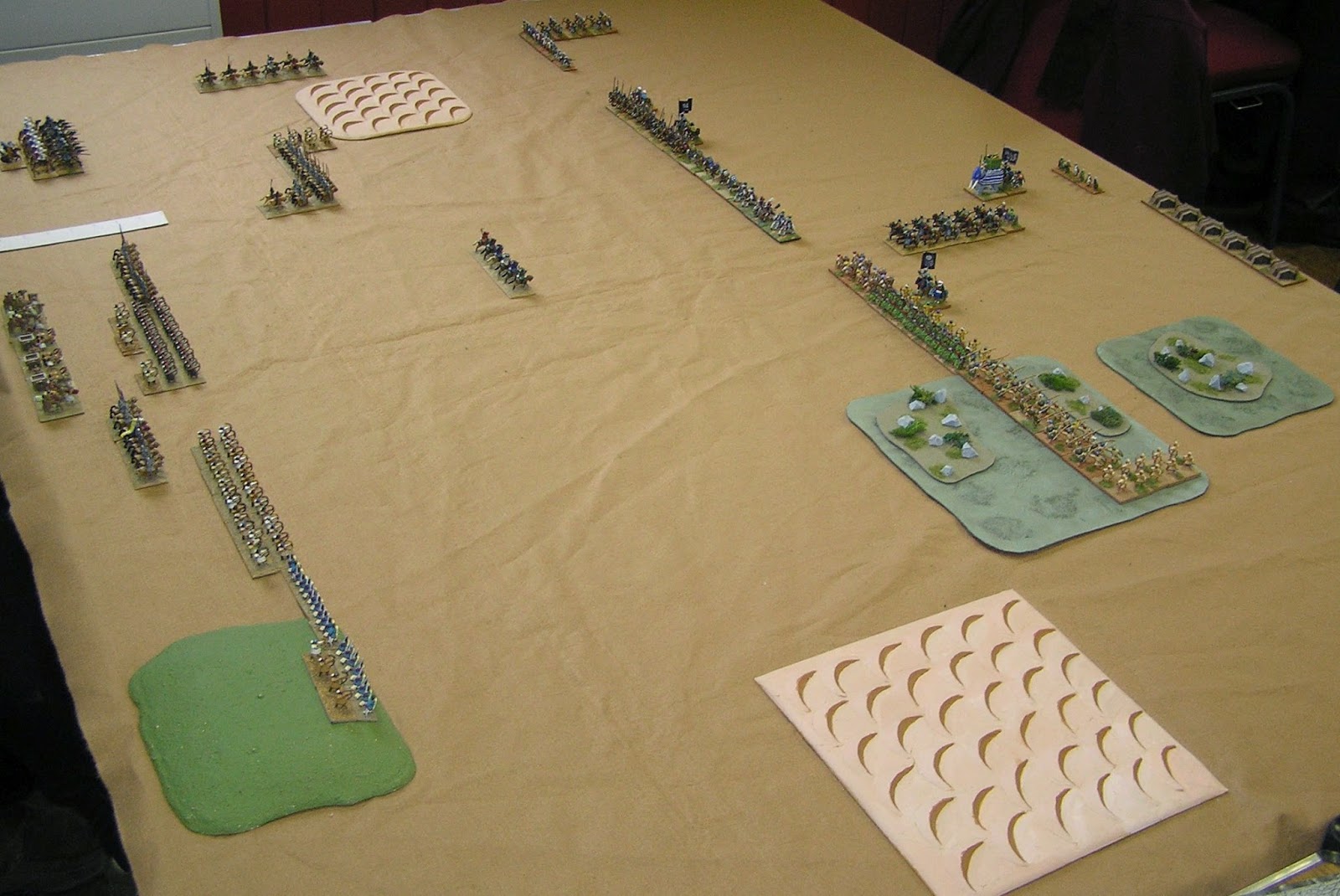 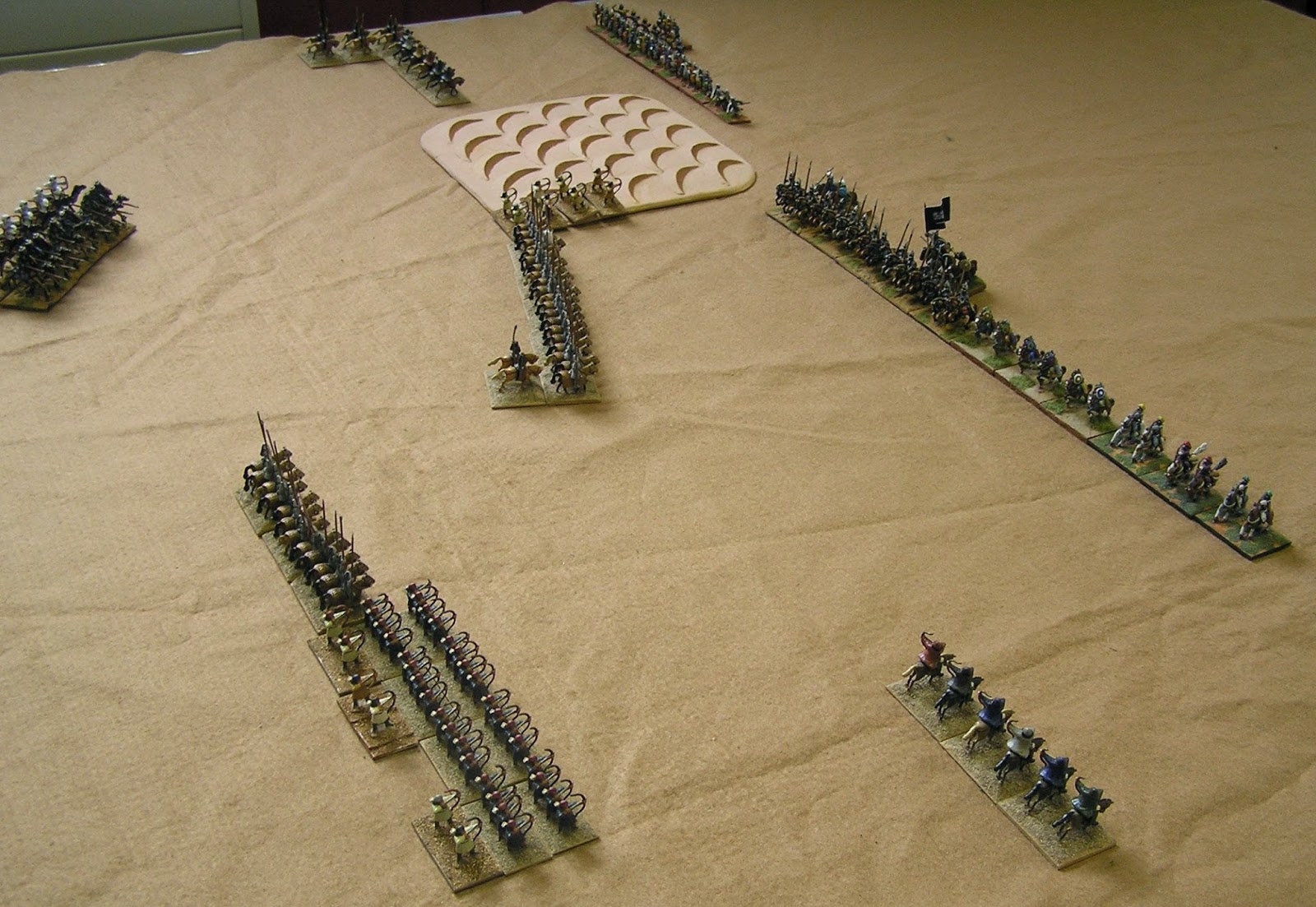 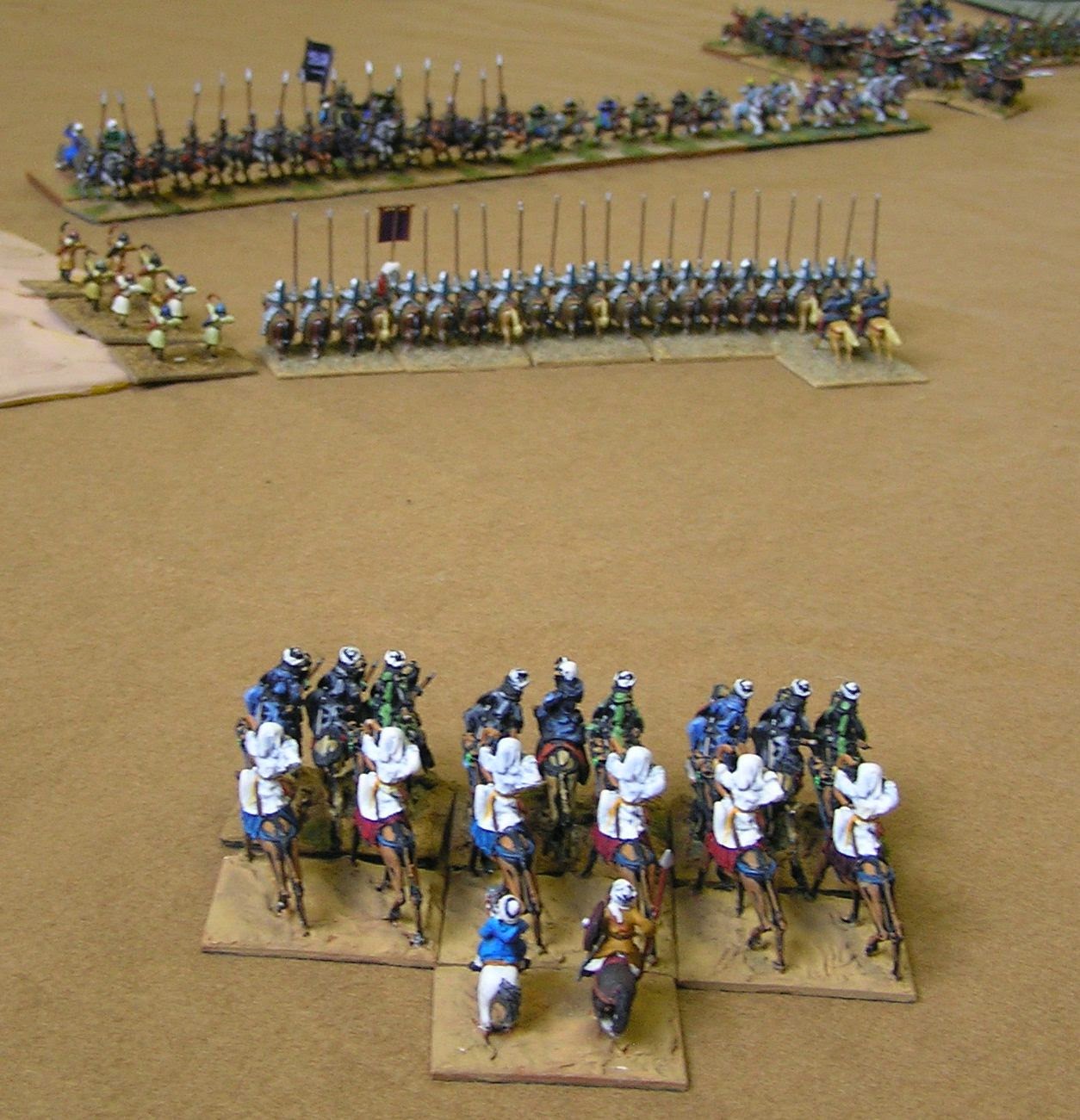 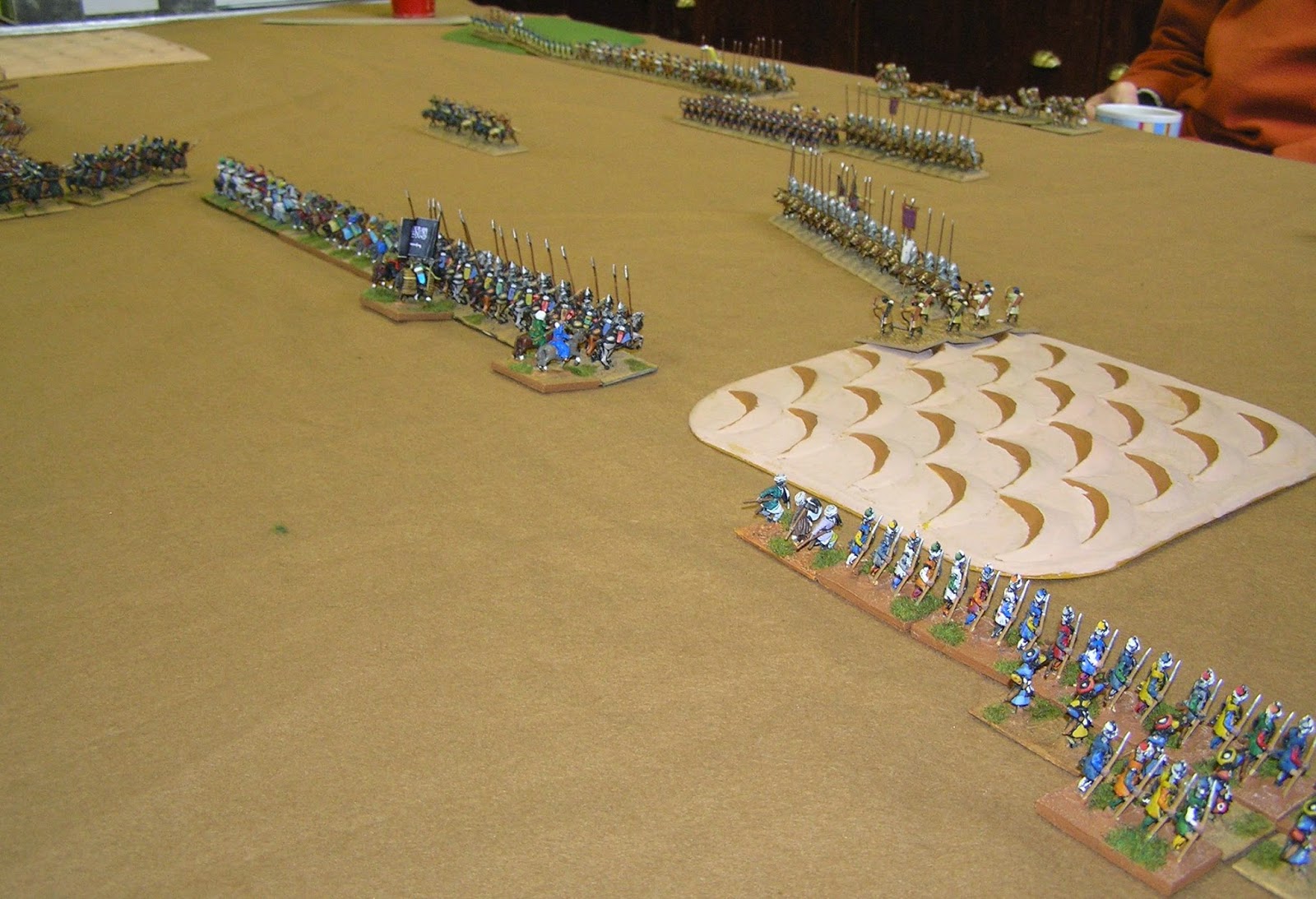 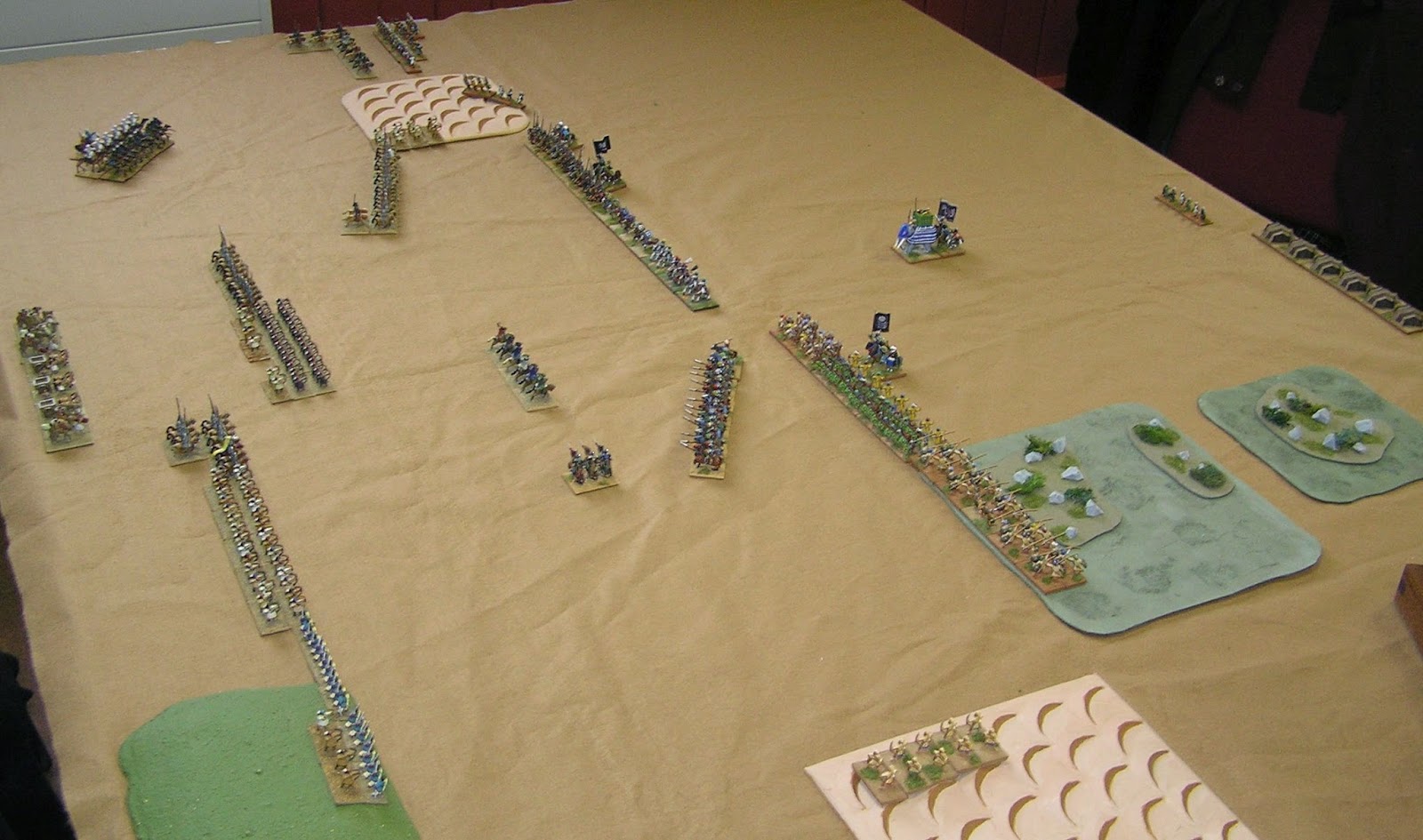 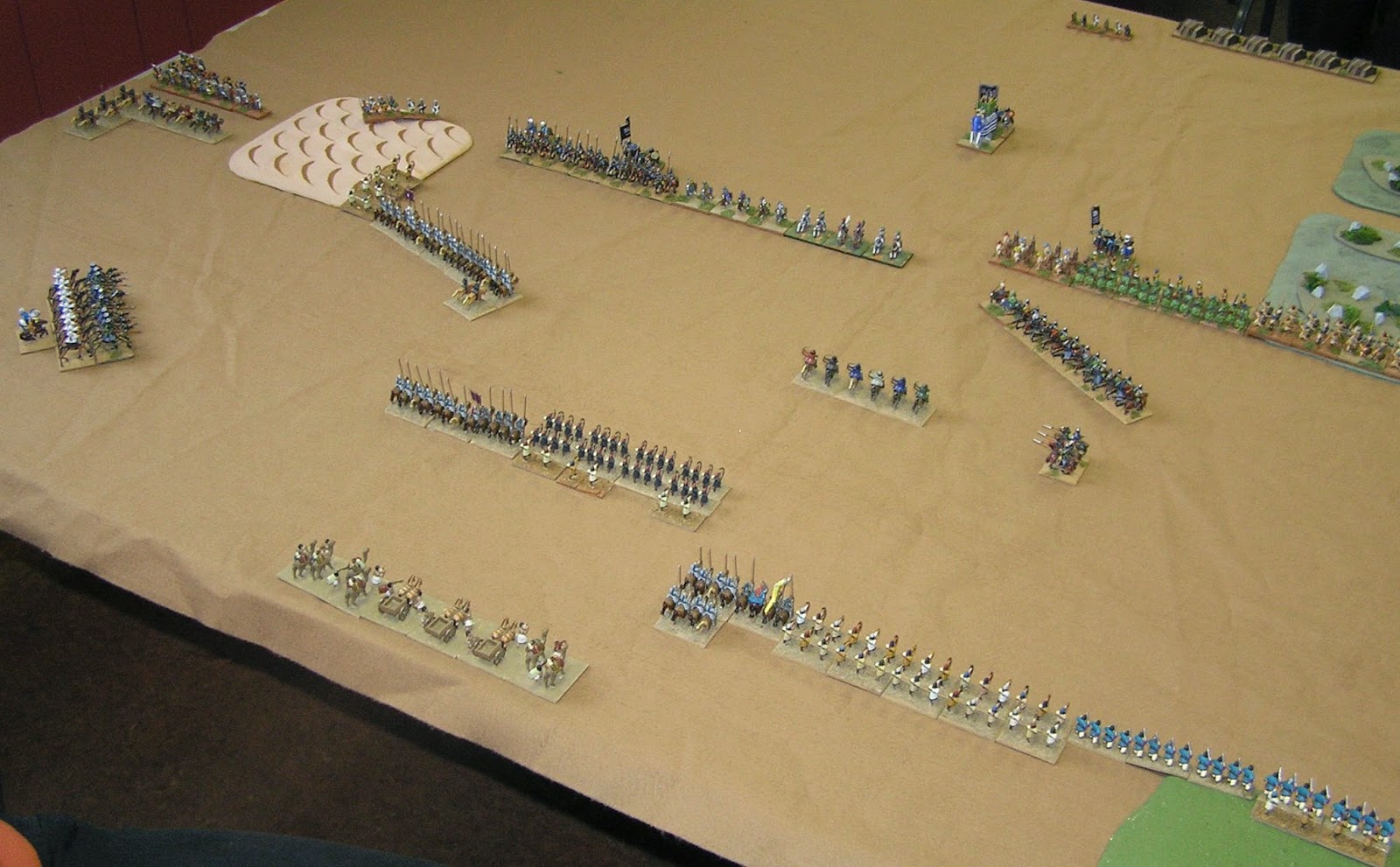 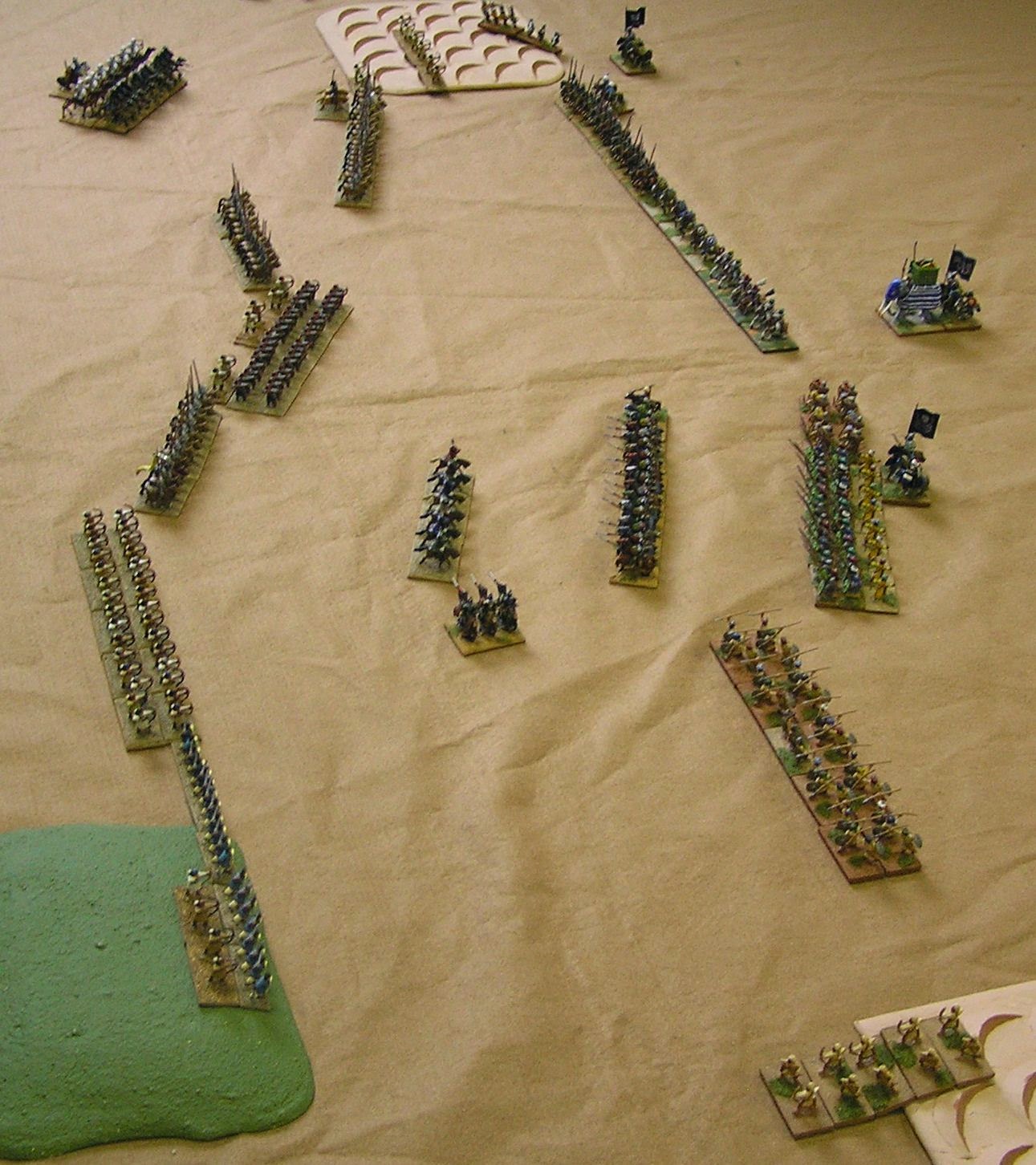 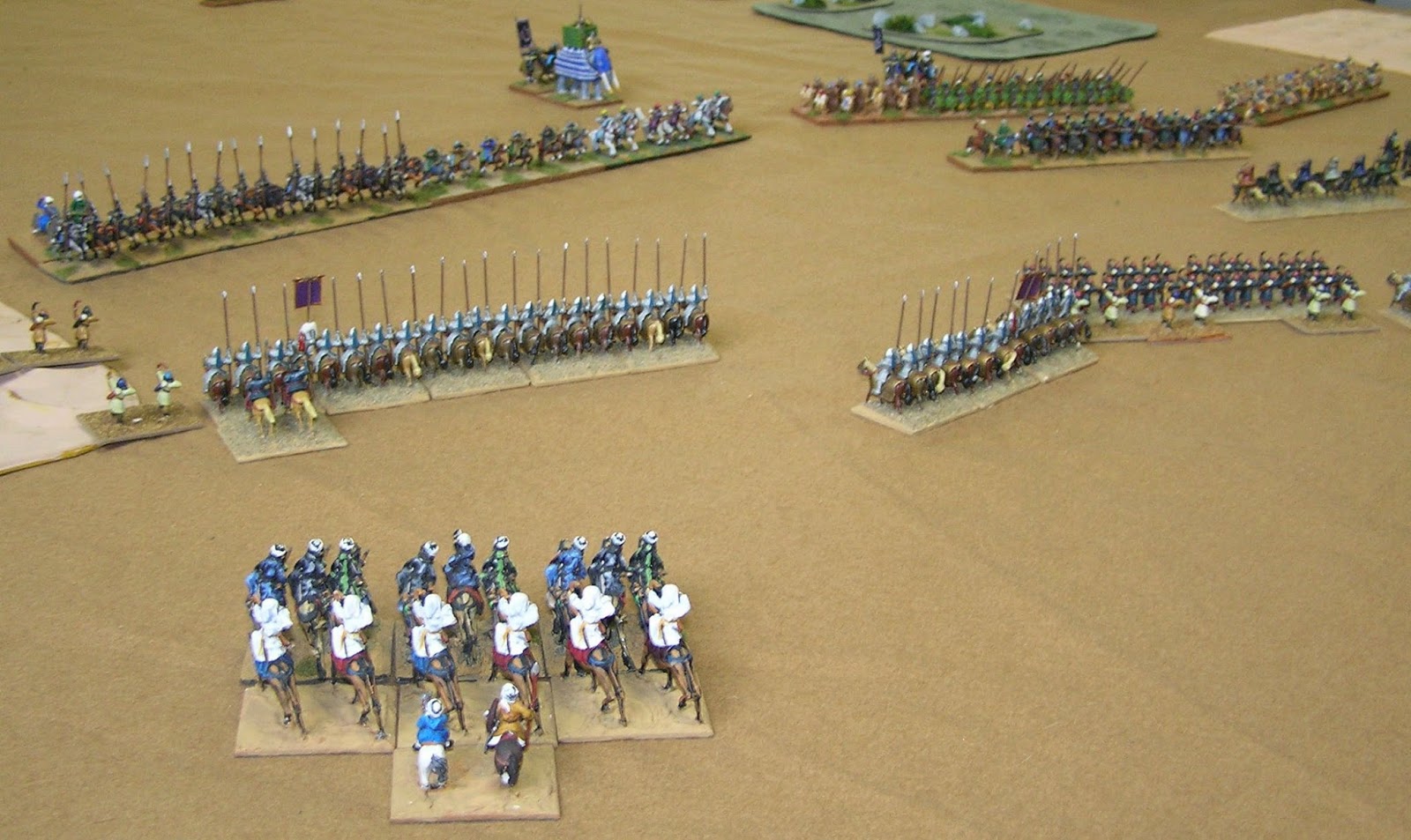 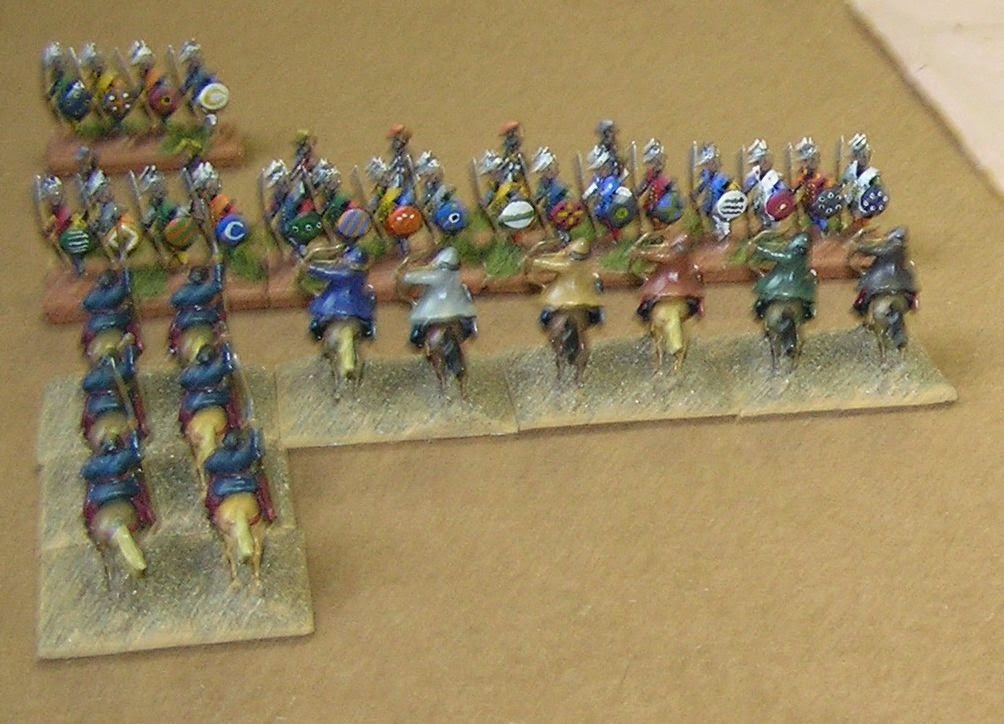 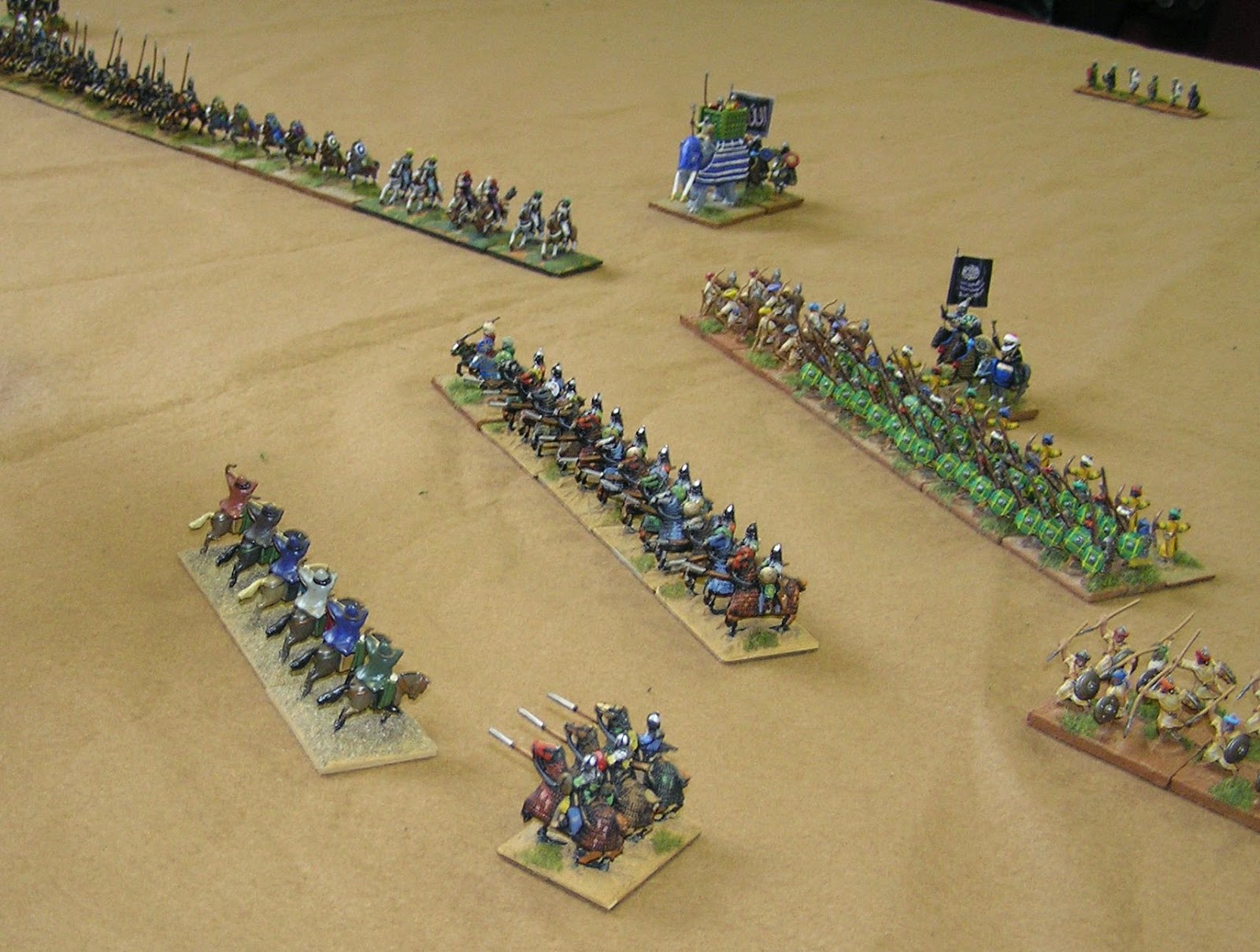 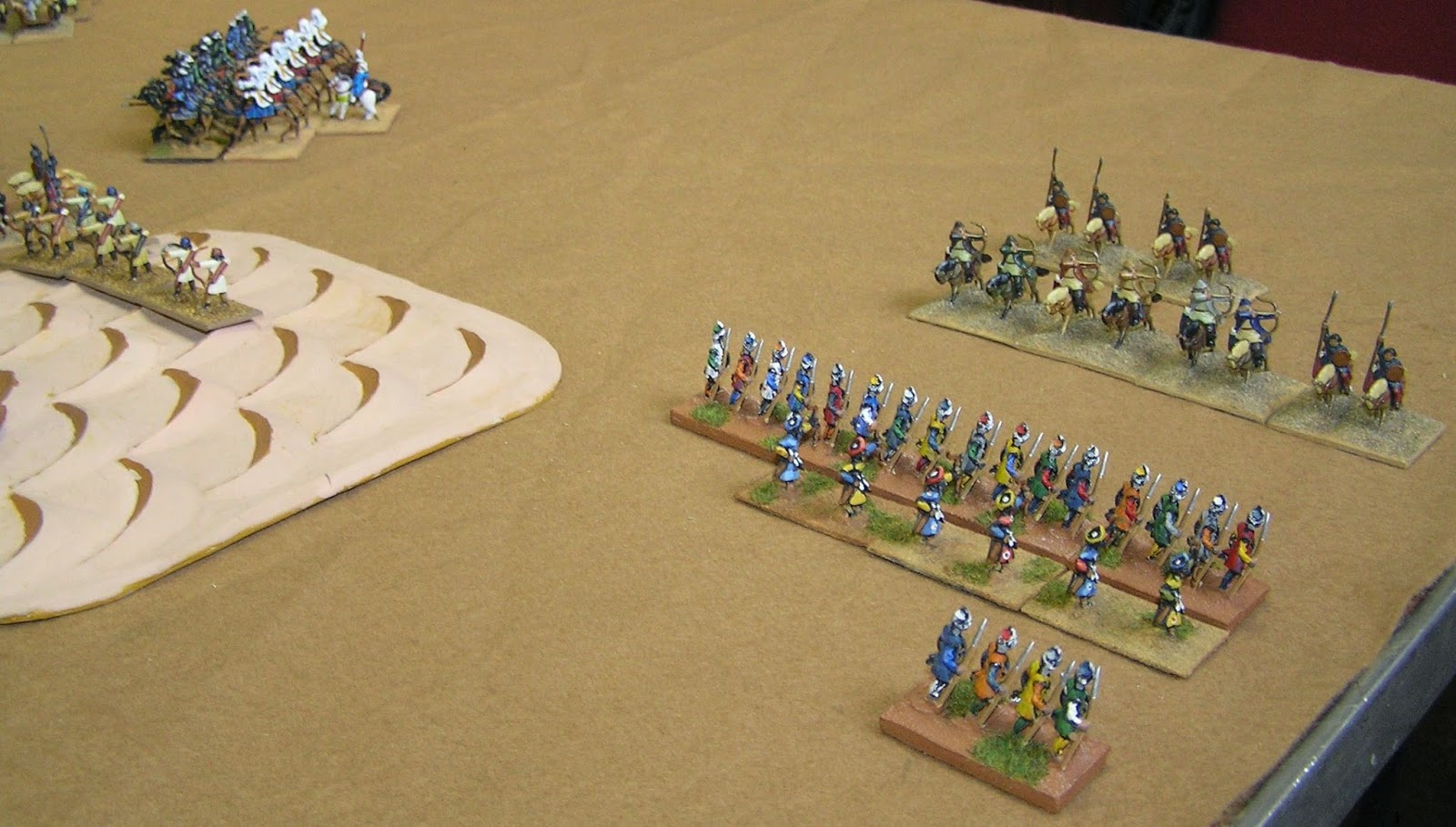 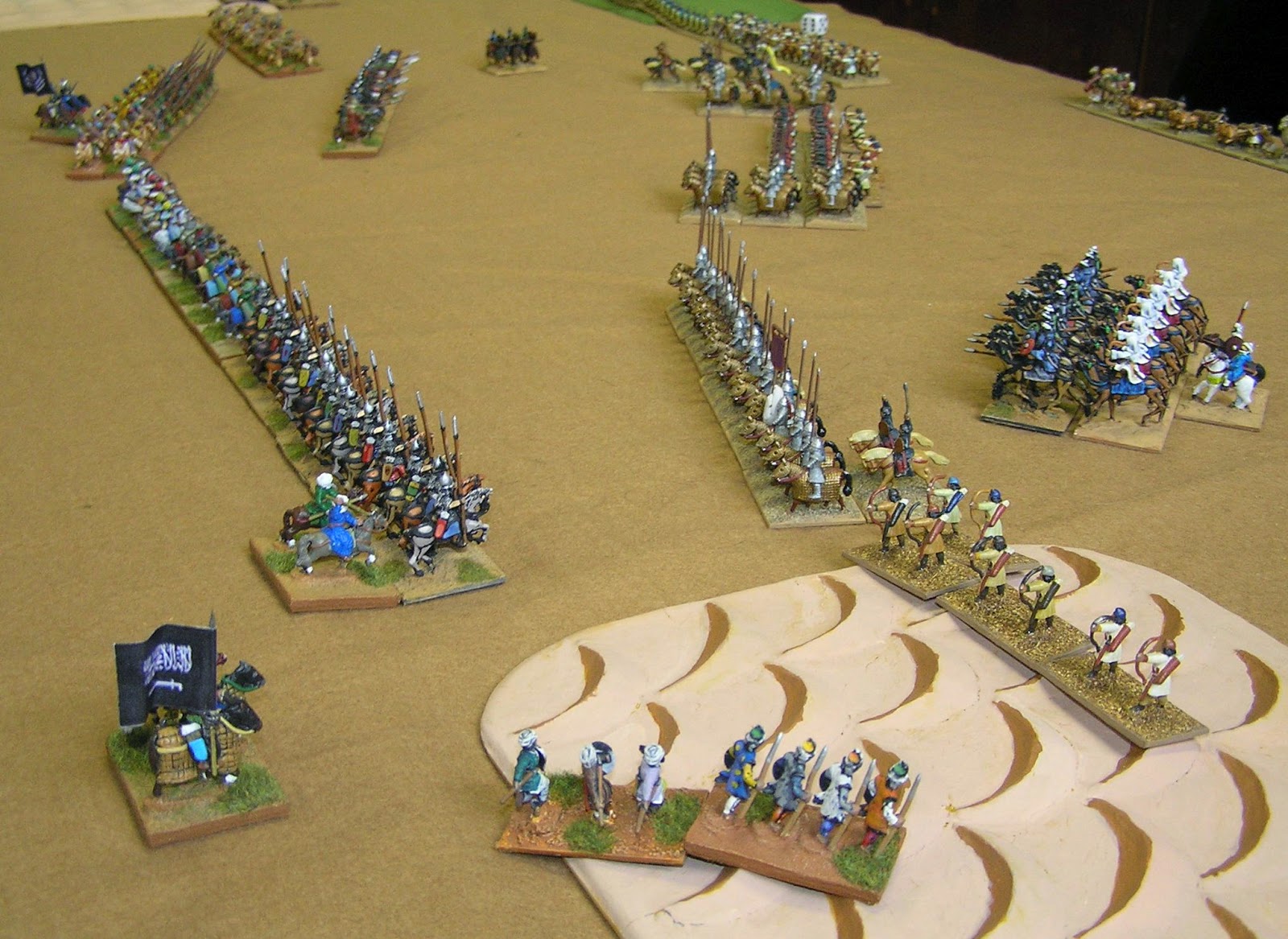 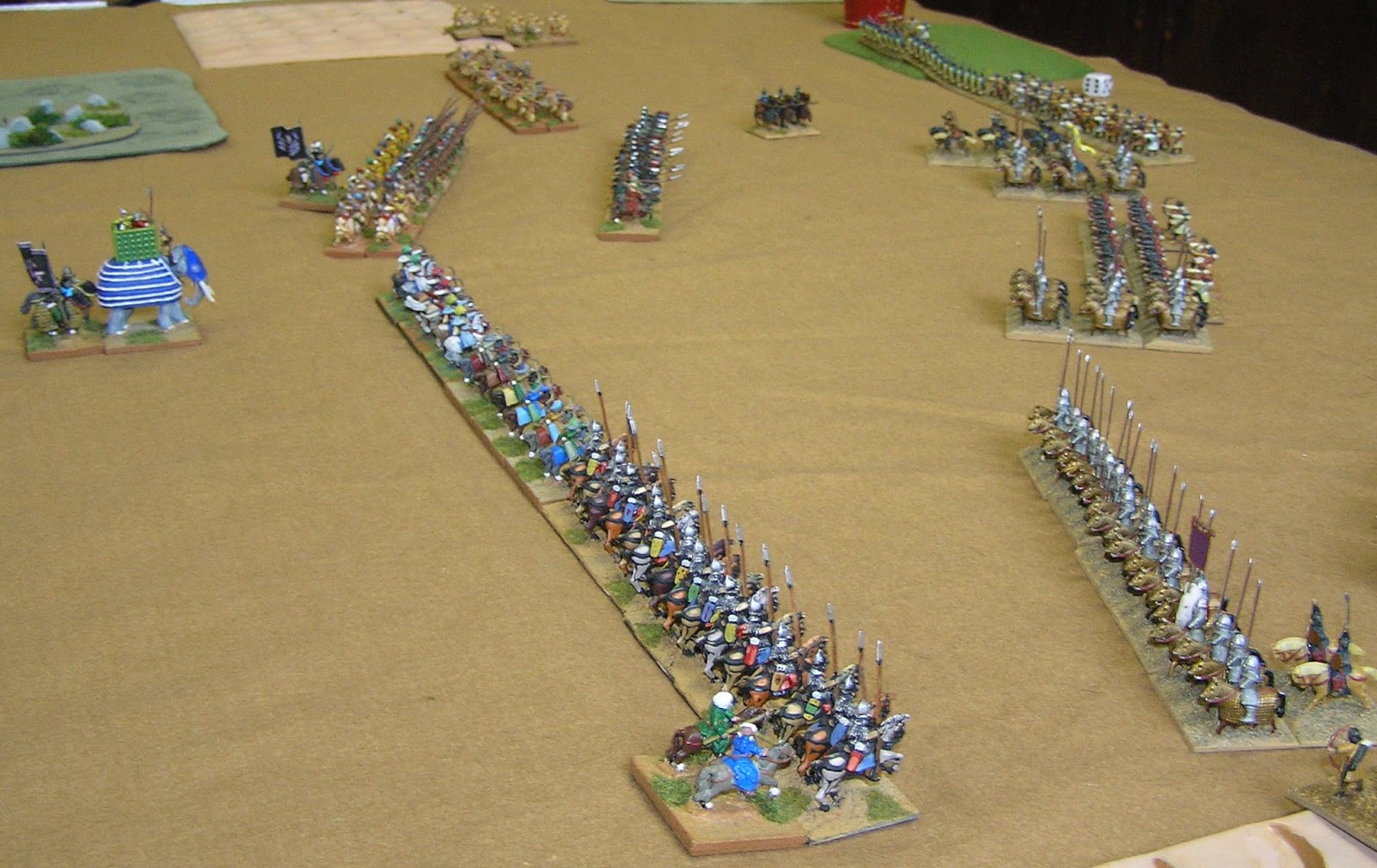 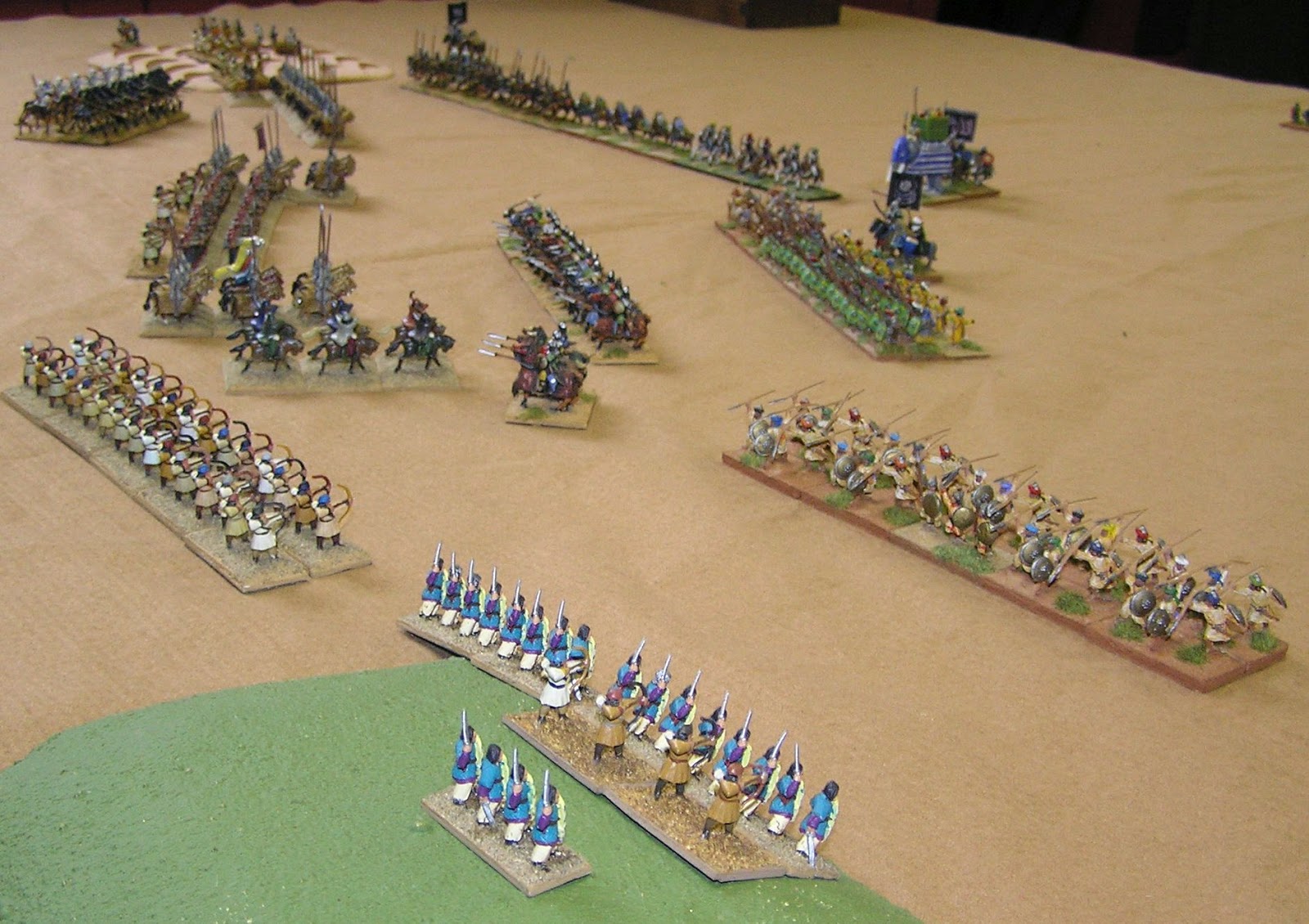 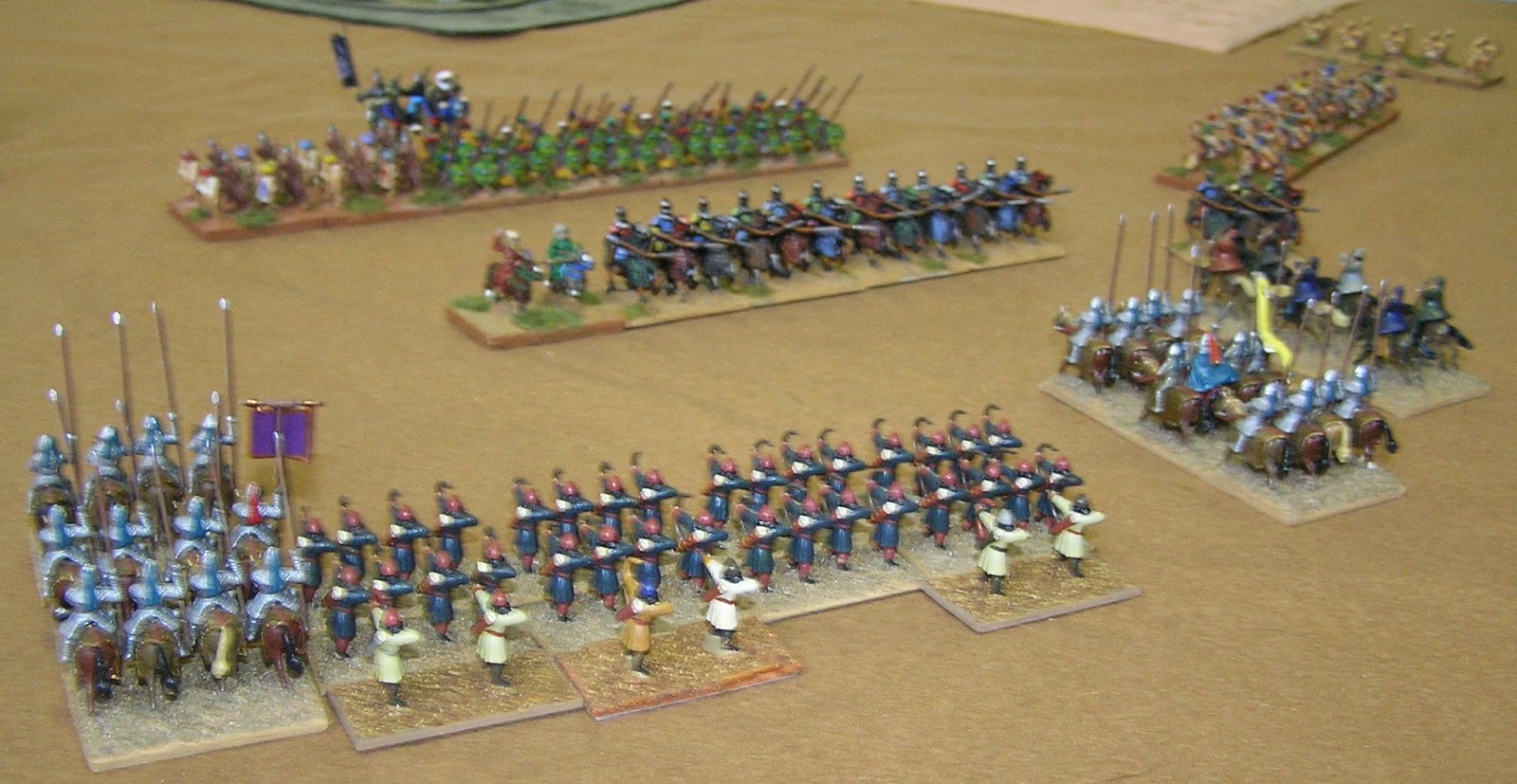 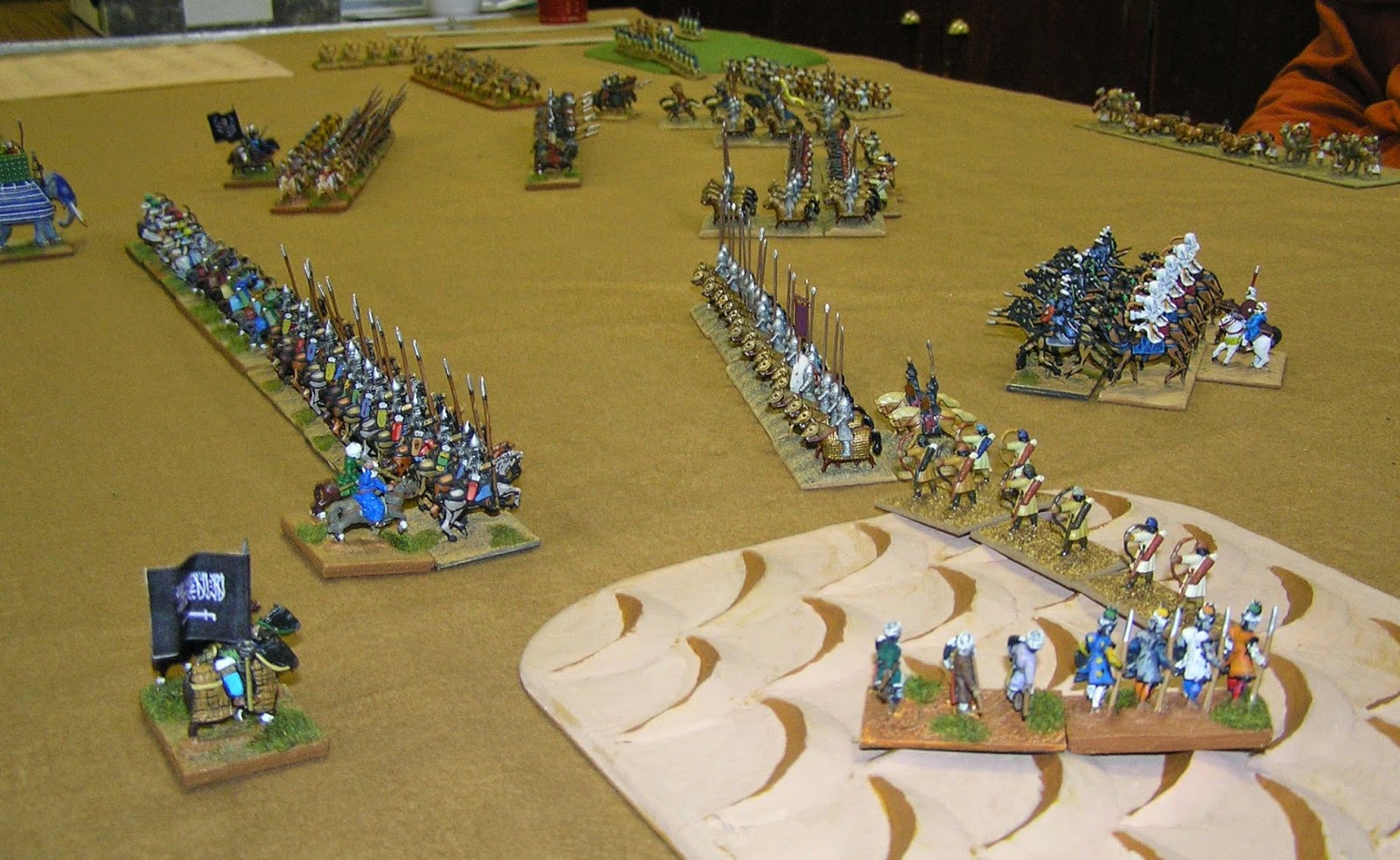 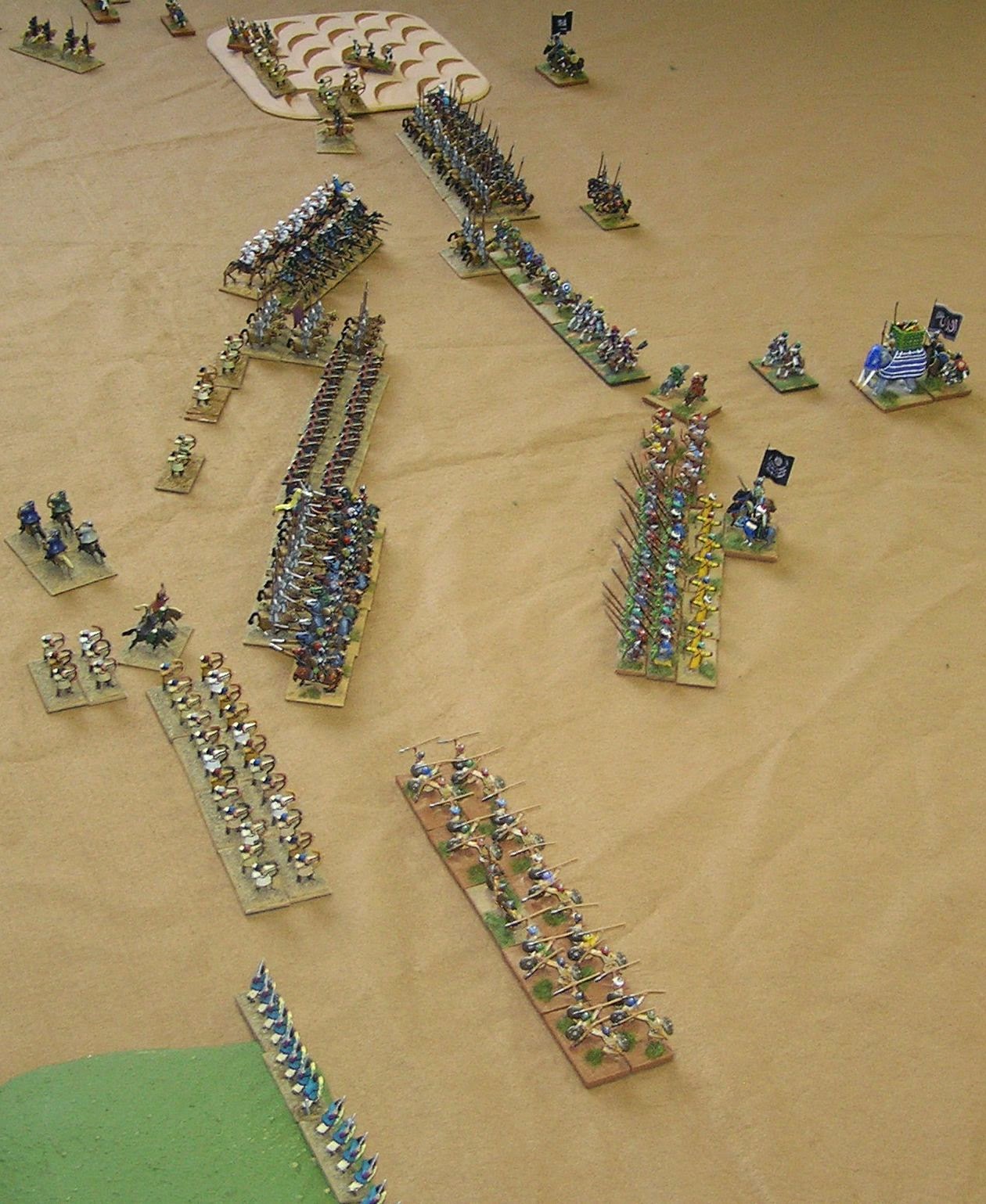 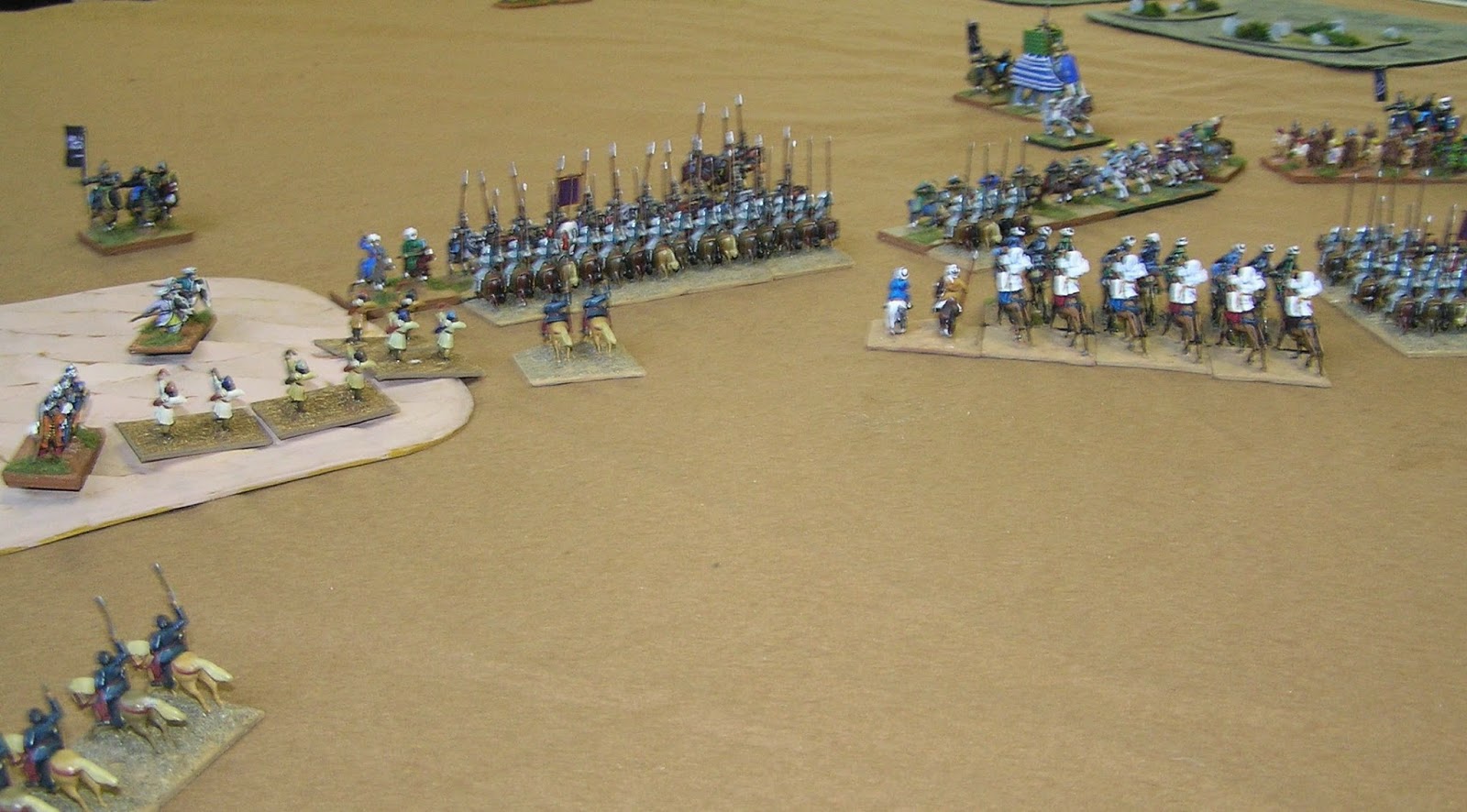 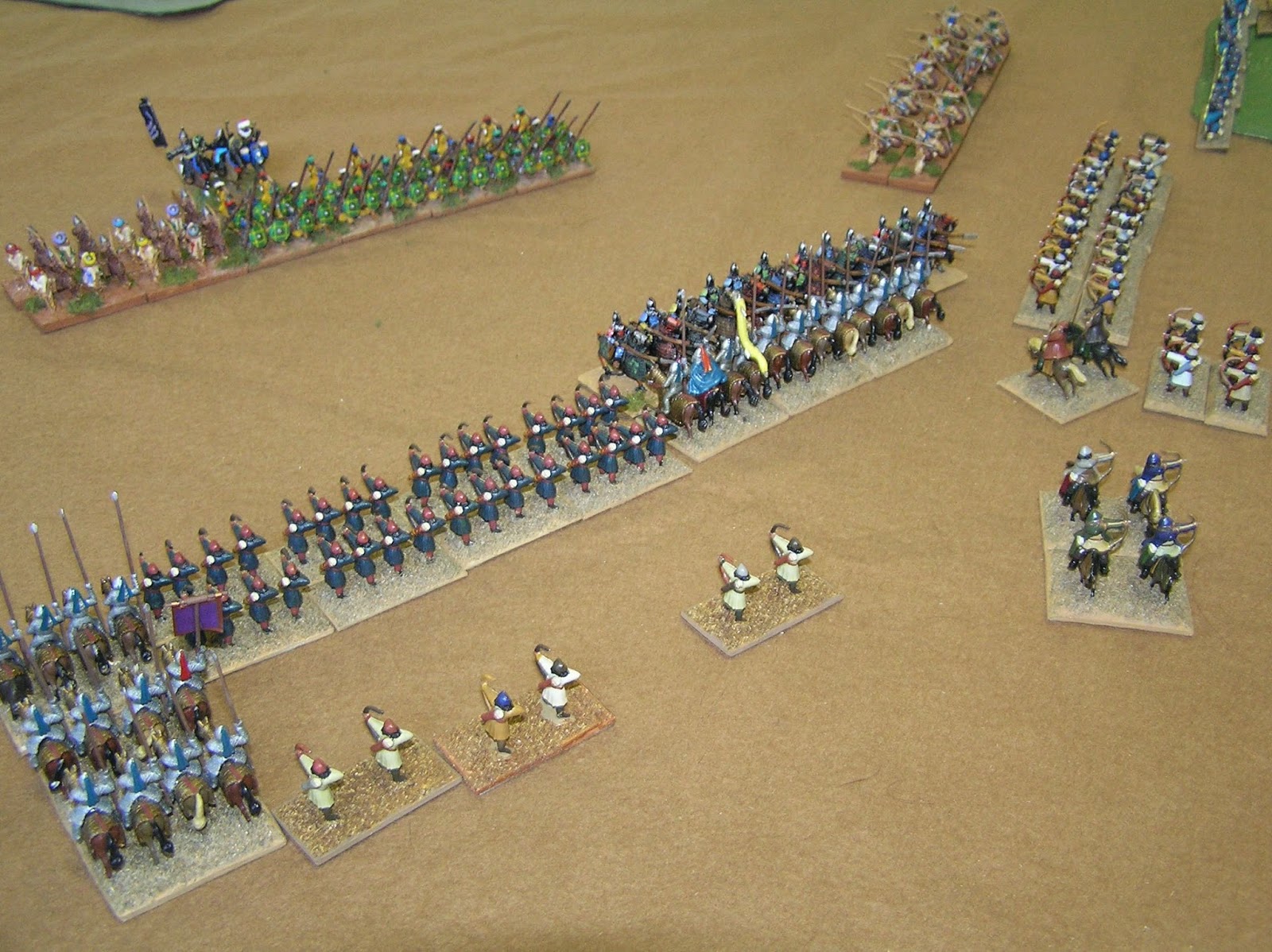 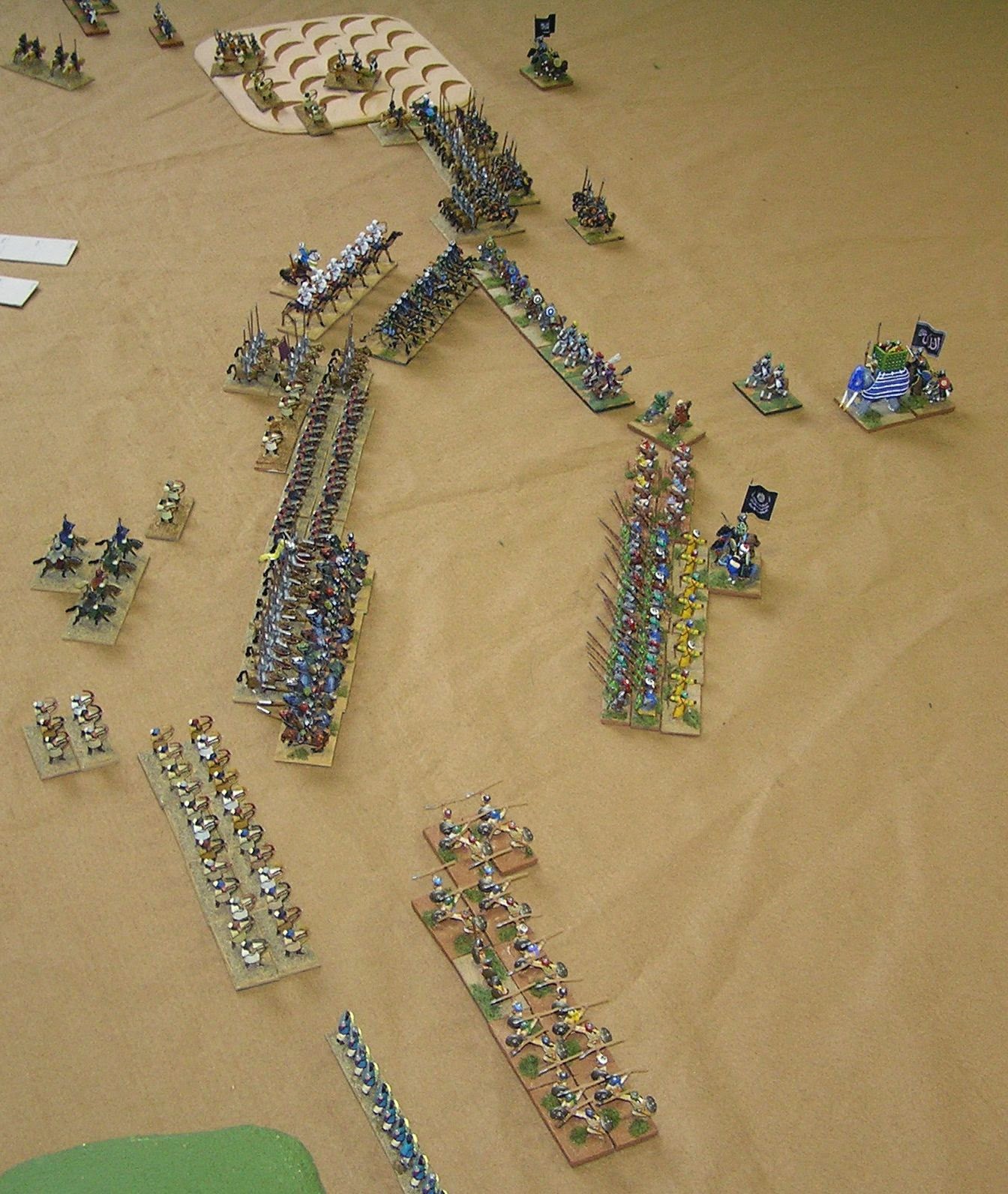 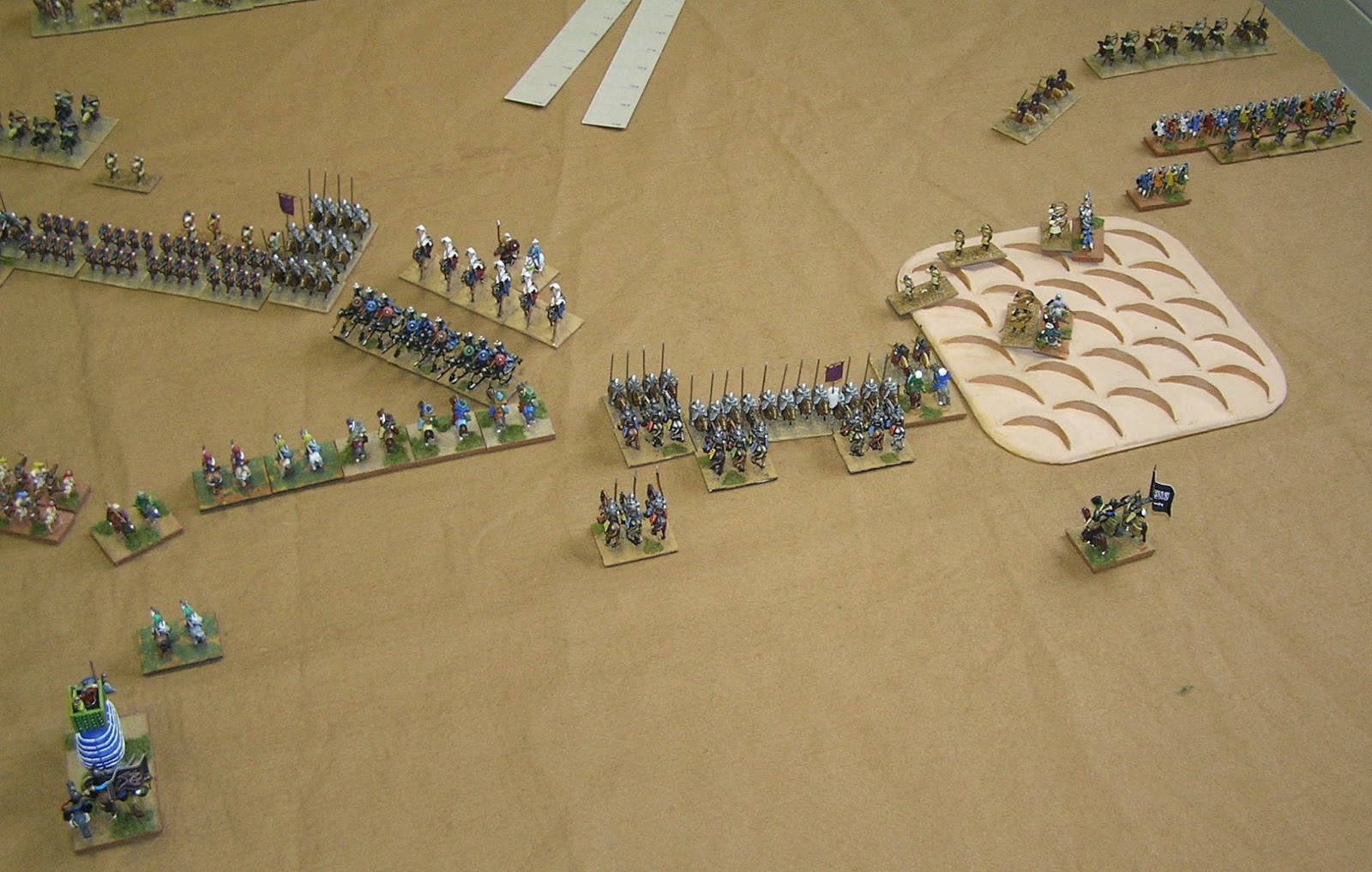 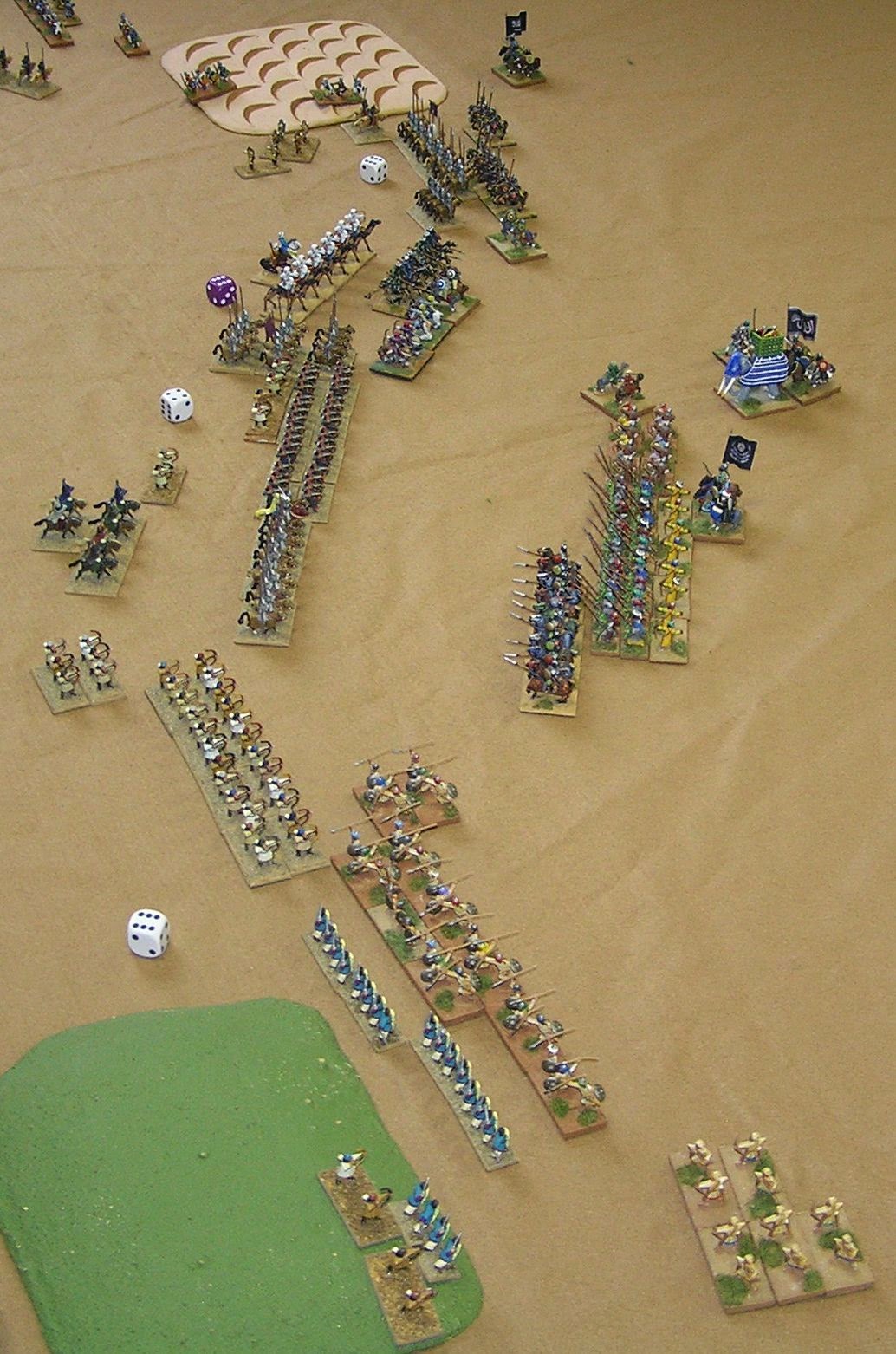 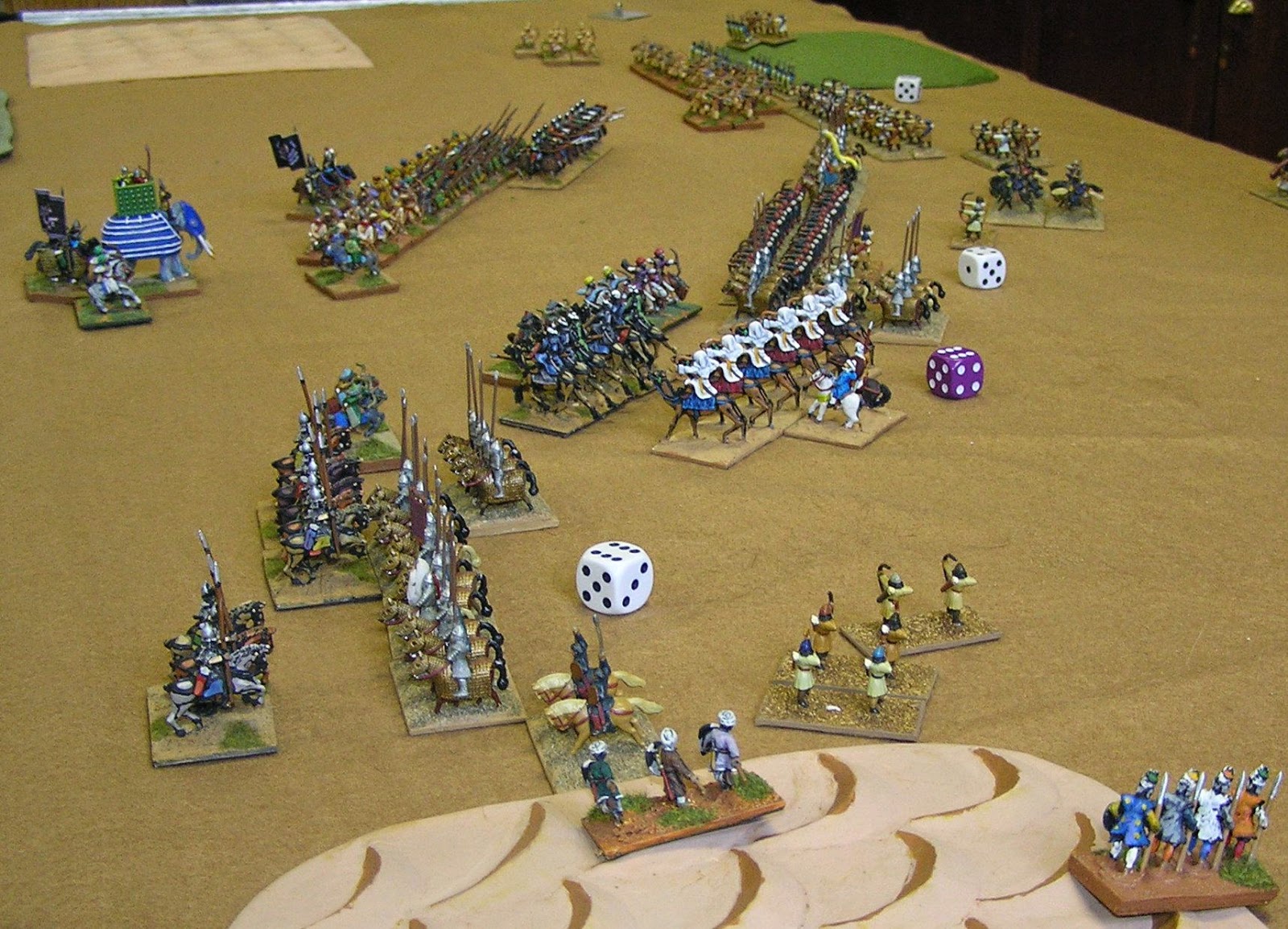 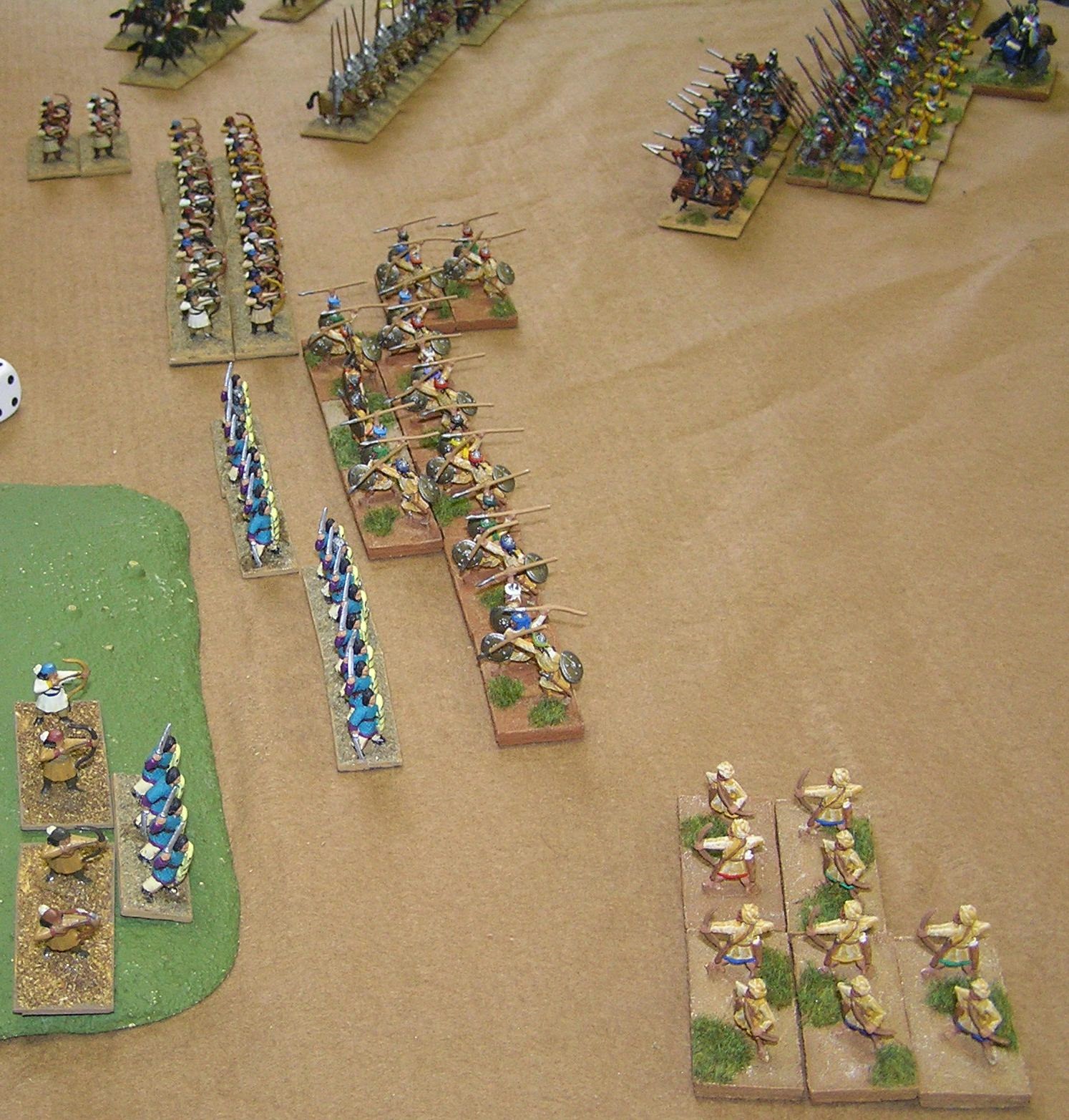 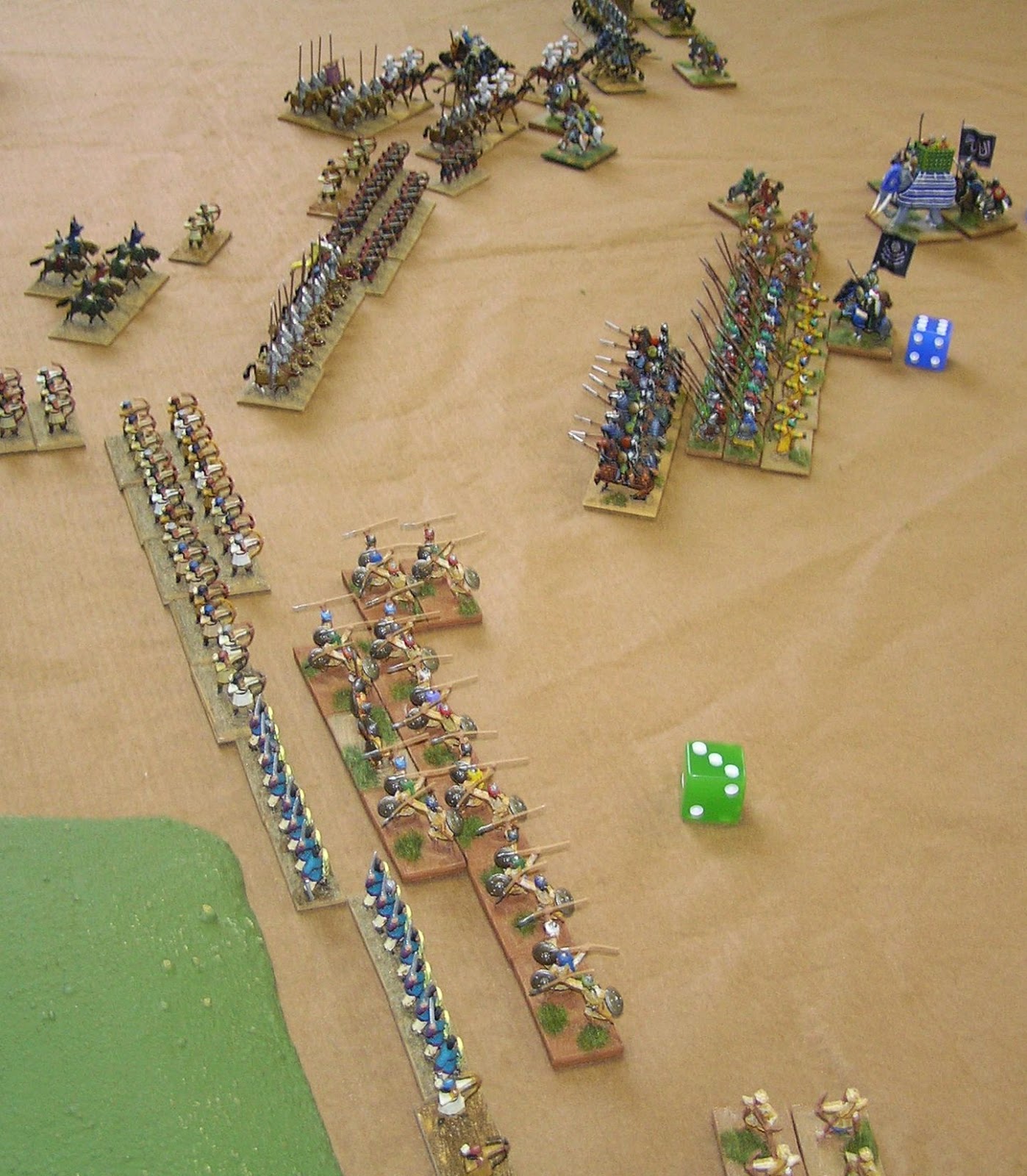 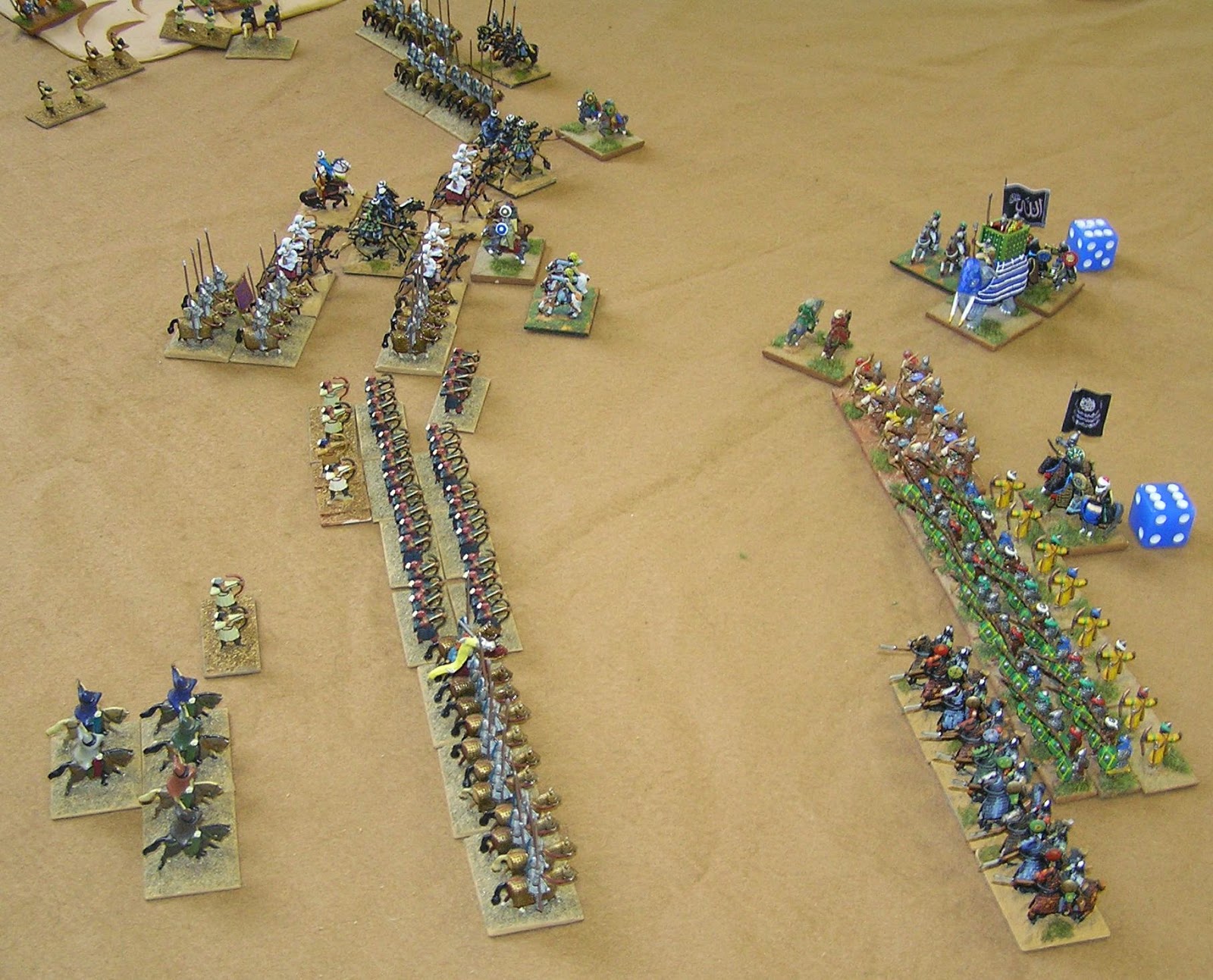