The Late T'ang Finally Get Some Artillery

Whilst researching this list I found out that the Mangonel [also called the Perrier] was invented in China and headed west with the Avar invasions arriving in Europe by the 6th Century AD. Being fairly short ranged compared to the Onager it replaced because it was faster firing and safer to use than torsion artillery pieces. Eventually the larger Onagers became known as Mangonels too.

I had thought originally that I could use Trebuchet as the Art [S] but I discovered that it was invented in 12th C Europe and made its way East with the Mongol Invasions arriving in China during the 13th Century so falls way outside the date range of the Late T'ang list.

The problem with DBM is the small basing sizes for artillery pieces which are 40mm x 40mm.

This means that 15mm scale pieces often don't actually fit on the correct base sizes. I tried to get round this by checking out various manufacturers models for the Superior artillery but none of then would do. I then came up with the idea of using 10mm scale models.

The Art O are actually 15mm Outpost Wargames Services T'ang Bolt Shooters with crew so I didn't need to worry about getting the correct scaled models.

The Art I are Donnington 15mm scale ART42 Early Perrier [Hand Pulled Stonethrowers] . I also had Old Glory UK 10mm scale SEG103 Mangonel which because of the smaller size are ideal to use as anti-personnel weapons so I painted these up as alternative models for variety. [I may sell these]

For the Art [S] Mangonels I ordered two Pendraken FAN-BAR7 Catapults [these are actually Mangonels]. For the single artillery crew figures I used spare Outpost Wargames Services STC5 Unarmoured Spearmen. I asked a member of the Hong Kong Society of Wargamers about the colouring of the T'ang Chinese artillery and if they wore uniforms and he said there isn't any documented record at all about the artillery or their crews. So I decided to give them a uniform appearance which I feel looks much more impressive on the tabletop.

The end result has given me twelve bases of artillery to use with the T'ang Chinese which covers all of their options. 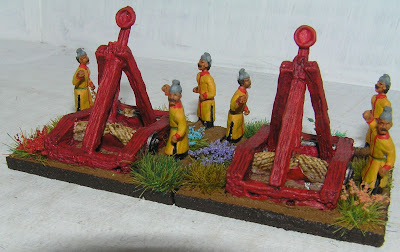 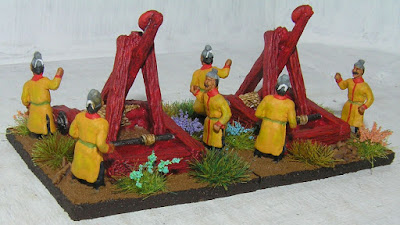 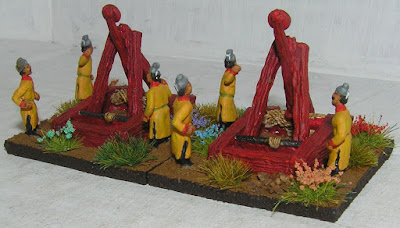 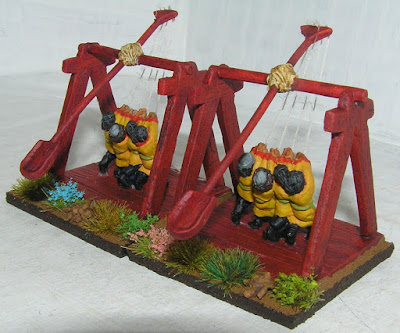 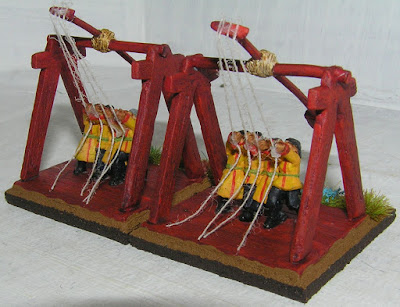 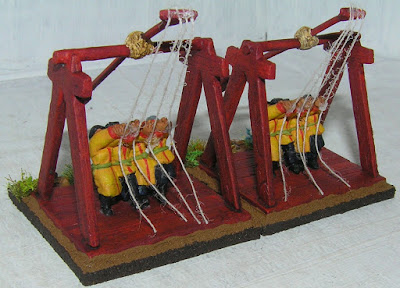 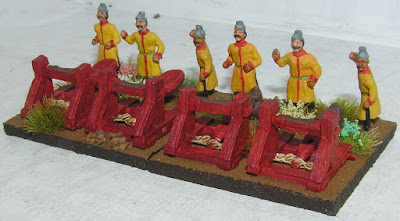 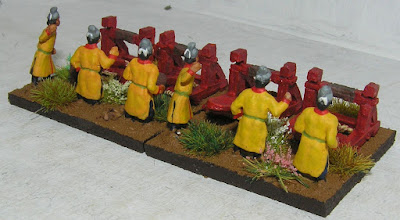 Following on from my blog back in May 2018 I have finally managed to get to grips with the Late T'ang Chinese army. The entire army had to be rebased because whilst it was OK if I added to it nothing would have matched the old basing style.

Heres the link to the army as it came out of the box.
https://drewjarman.blogspot.com/2018/05/project-lead-mountain-just-grew-again.html

I have decided that my version of the army would be modelled on the DBMM Revised army list Late T'ang and Five Dynasties Chinese 755 AD to 906 AD but specifically using the option to take Regular Infantry rather than Irregular infantry. 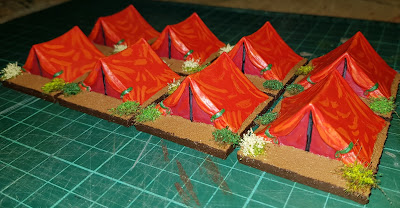 The Baueda tents are as always cleanly cast in resin and quite easy to paint. I need to add some Chinese buildings to the army as well as some specialise terrain accessories. 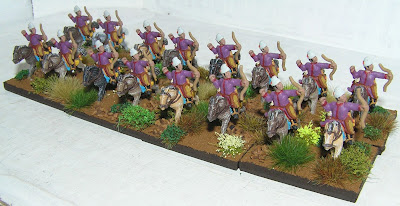 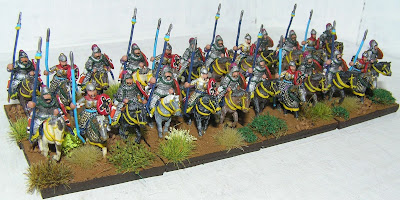 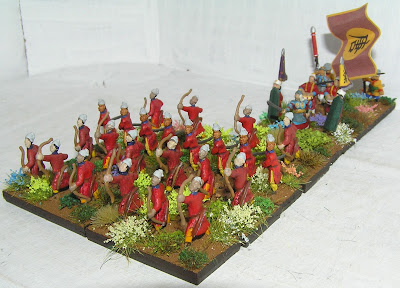 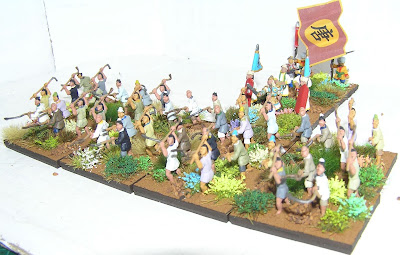 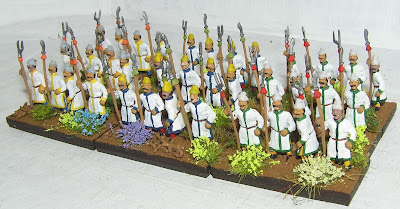 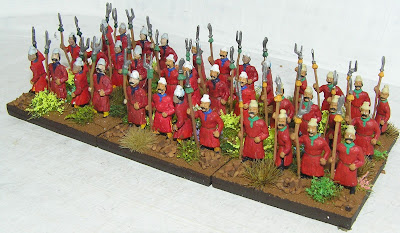 Surplus Figures Repurposed into Something Useful

Having recently purchased a Later Hungarian Army that came with six elements of very nicely painted Spearmen that were surplus to my requirements I had considered just putting them back onto EBay to offset the original purchase cost. I was then asked by someone at the wargames club if I had any suitable figures surplus in my Lead Mountain that would be useful to use as the mysteriously illegal Reg Bw X/I Bohemian Mercenary Crossbowmen that suddenly appeared unannounced in the Revised Edition DBMM Book 4 Army lists for the Medieval Germans and Hussites. I instantly thought of the spare spearmen because they are actually Essex Miniatures Code EMED6 Hussite, German or Bohemian Spearmen so were ideal for this.

I also had left over 24 unpainted Minifigs 967X Crossbowmen which used to be their old code 67X which I persuaded Dave at Minifigs to reintroduce into the range after it was replaced with a casting with a pavise on his back some years ago. The figure paints up really nicely and I am surprised the previous owners of Minifigs deleted it from the range in the first place. Put onto 40mm x 40mm magnetised MDF bases decorated with tufts and spray varnish sealed the two castings compliment each other quite nicely.

I have not had it confirmed if he is going to buy them just yet but if not I might keep them myself or EBay them I have not decided. This is the second lot of Bohemians I have created https://drewjarman.blogspot.com/2017/01/bohemian-mercenary-foot-crossbowmen-reg.html 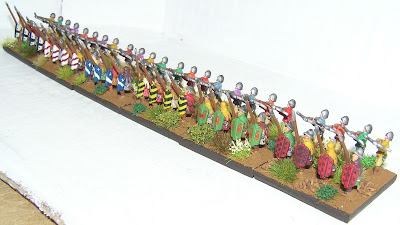 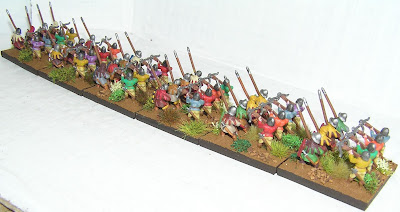