Time to go public with the runners and riders.

Theres 10 entries this year with a couple of lists still to be checked but the R&R are now public.

There is no AP adjustment for the generals and we are using the v3.3 House Rules and the BHGS 32-0 scoring system.

The runners and riders have now been announced as follows:
[the 5 Coltishall Cowards entrants are marks as [CC]].

All in all an interesting mix of armies but I still need to confirm if its an M or MM version list.
The comments after the various armies are Jer Morgan's!

I nearly went for Marians myself but didnt which thankfully means theres no duplicated armies this year.

The first round will be a random draw except that the Coltishall Cowards players will not be permitted to play against each other.

The second round will be done by points scored but avoiding anyone you have played before and the Coltishall Cowards players will again be kept apart.

The third and fourth rounds will be purely done on points scored avoiding anyone you have played before.

Hopefully Tigranes the Great wont end up with his head on a spike. 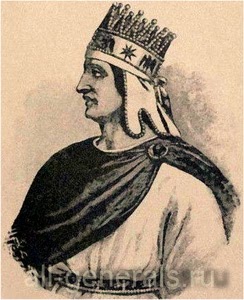 Finally got my first game in the club tournament today

Richard invaded, my first round PIP dice were 1,1,2, and 1 for the ally making it unreliable which it remained for the rest of the game resulting in my loss of 30-2. I was only 1 element away from breaking one of Richards commands but it was just impossible given the abysmal PIP rolls I seemed to have most of the game. Time to put a few Buyid heads on some pikes. 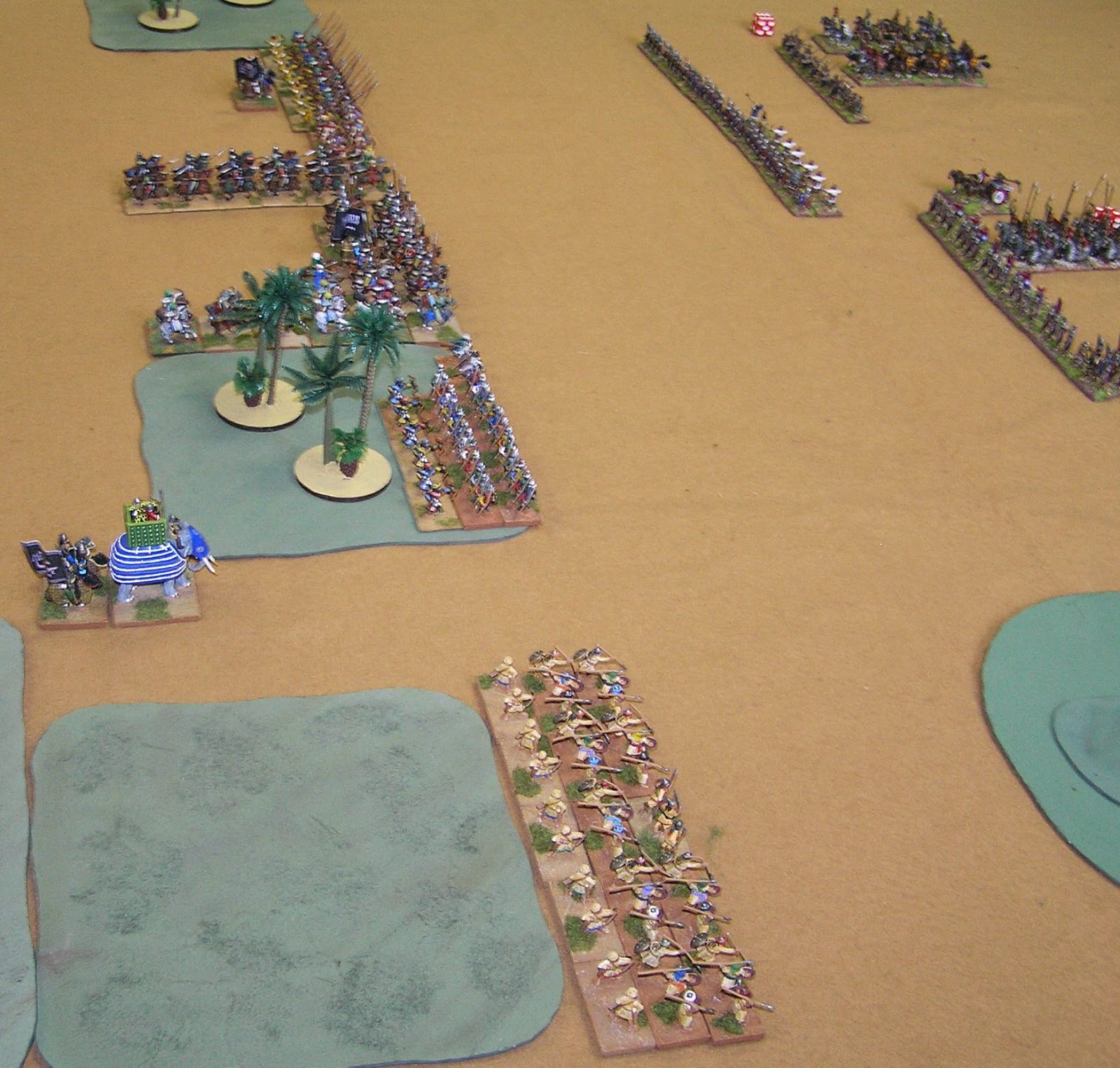 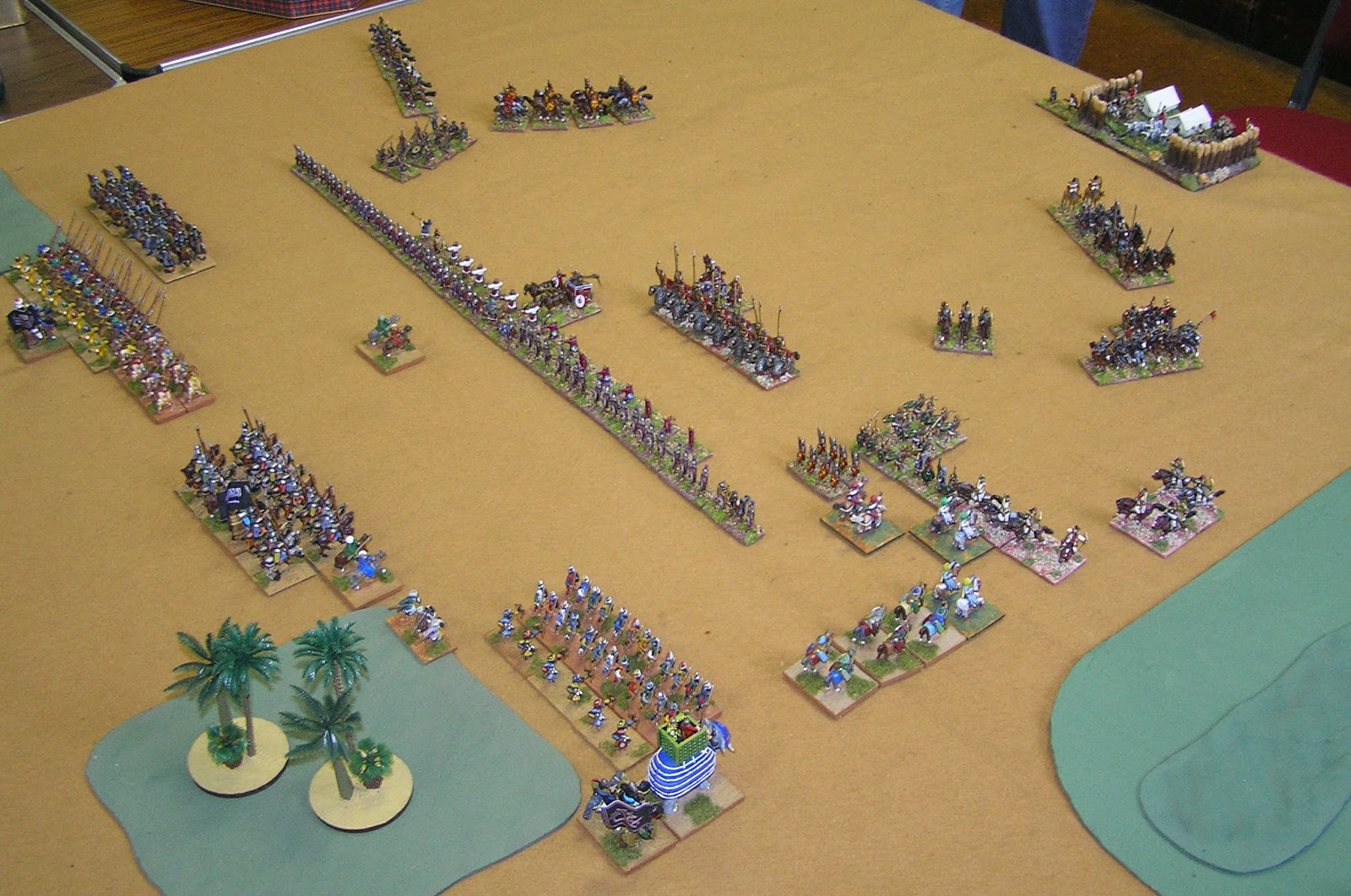 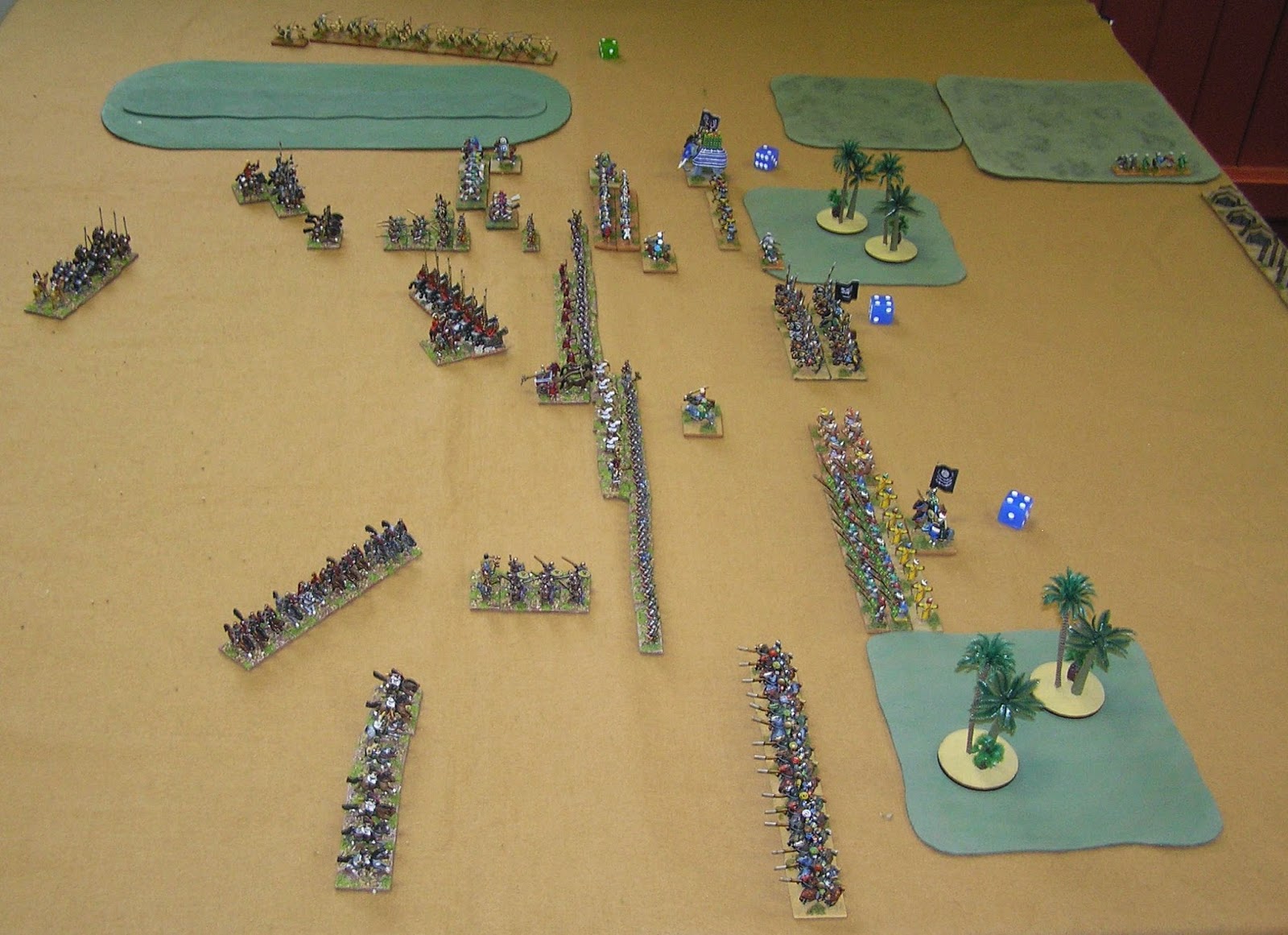 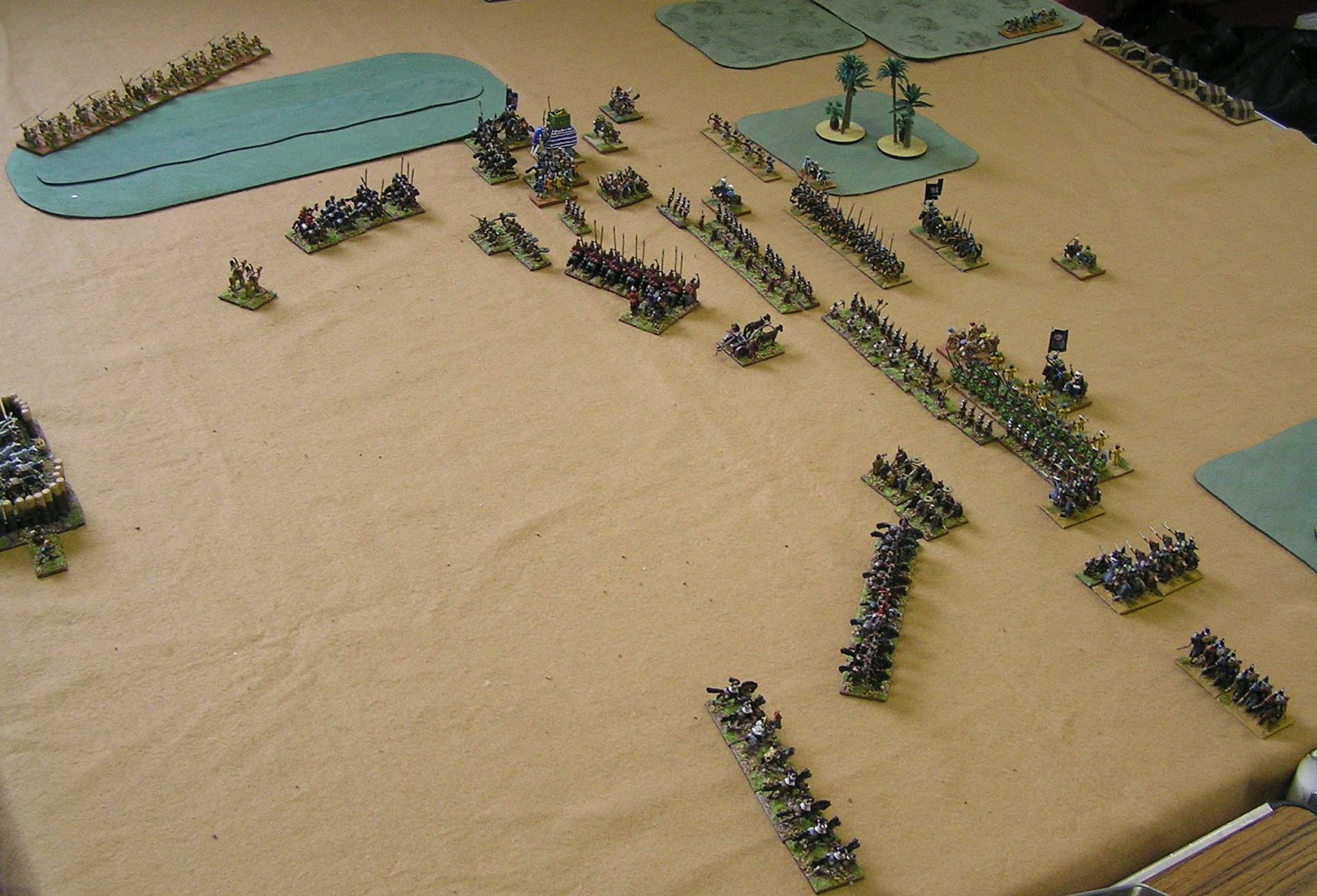 Heres a few snaps of the latest things I finished today.

Some to keep, some for sale on EBay

Having had the Flu since Tuesday night of last week!

I didnt manage to do anything much over the last 7 days apart from sweat buckets and feel like crap! I had this years flu jab but unfortunately they got it wrong this year and now people are dropping like flies.

My current project involves refurbishing some very old DBM baggage elements that I have not used for over 20 years. A quick retouch, some washes and totally rebasing them means I shall be happy to offer 19 elements worth of mobile baggage and 8 elements worth of immobile baggage. I have also been working on yet more artillery elements to complete the missing guns I need for my Mamluks. I also finished the missing Reg Art S I needed for the Attalid Pergamenes and some spare mangonals. They are all still a few days away from being finished when I will be ready to seal them before listing some things on EBay.
Posted by Drew Jarman at 23:07:00 No comments:

Figures Currently For Sale on EBay

Heres some pictures of my current offering on EBay

By EBay seller ID is Dyson690

Attalid Pergamene Army Final Completed After 20 years in the planning!

A recent commission plus some other items below that I had going spare to paint up. I might sell them on not sure yet?