Richard invaded and opted to place three Half FE TF consisting of  two woods and an entirely steep hill after I had placed a 1.5 FE and 2 x 1 FE H[S]+RGo. For clarity we used the DBM rules not DBMM.

Richard deployed on a very narrow frontage in depth whilst I covered the table width. My internal ally general was unreliable and remained so for the entire game until I managed to break the Romans Aitolian ally command. Heres a selection of pictures taken throughout the game. Whilst the internal ally general will find his head on a pike once I get home the ex-Seleucid Phalangites and Imitation Legionaries performed wonders for the whole game holding the centre and slowing pushing in the Roman centre. The game would have been much different had the ally been reliable and in retrospect I should have deployed the internal ally on the right flank instead of the left as it would have been on the hill and reduced the combat handicap I had throughout the game numbers wise. 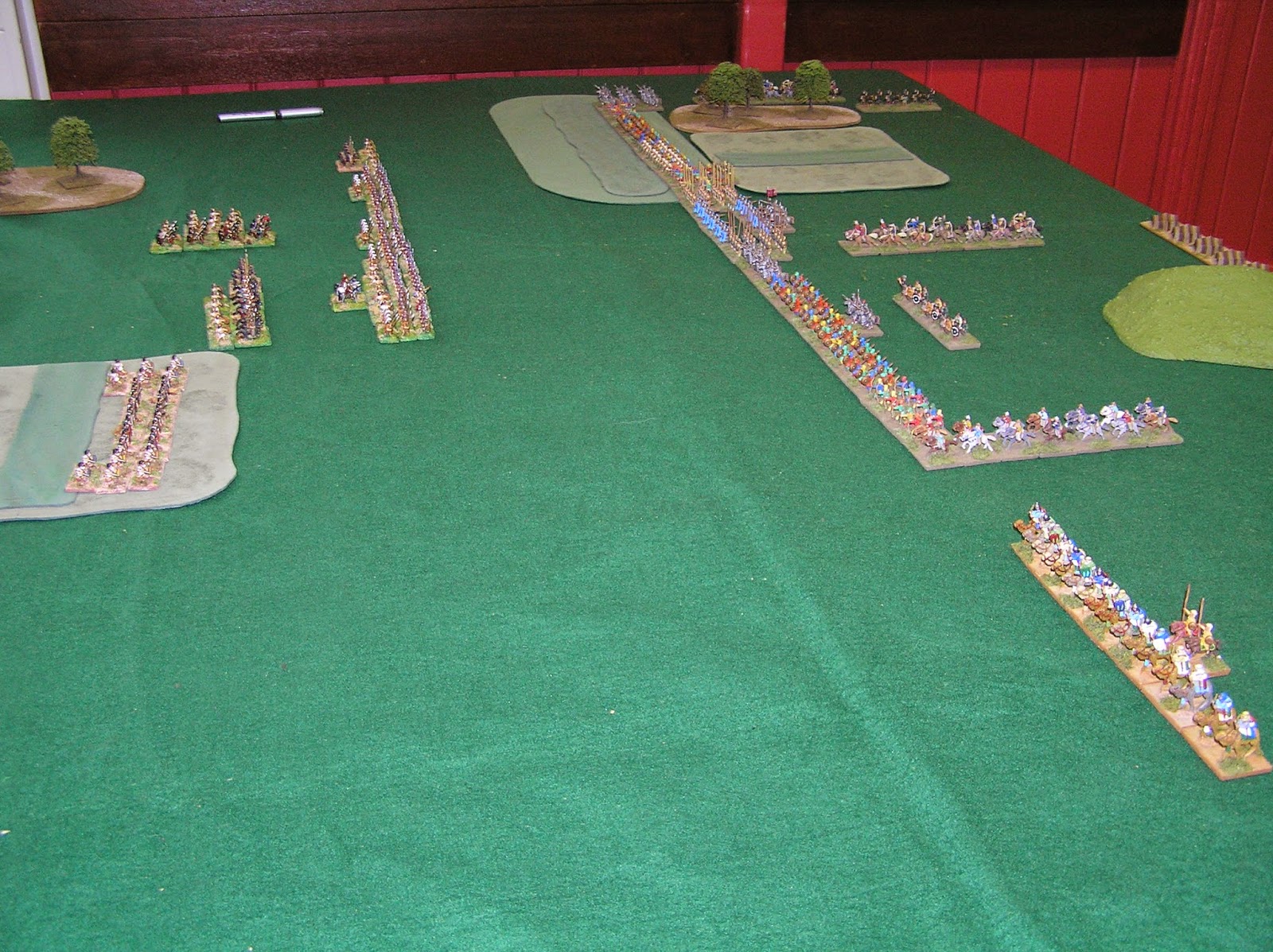 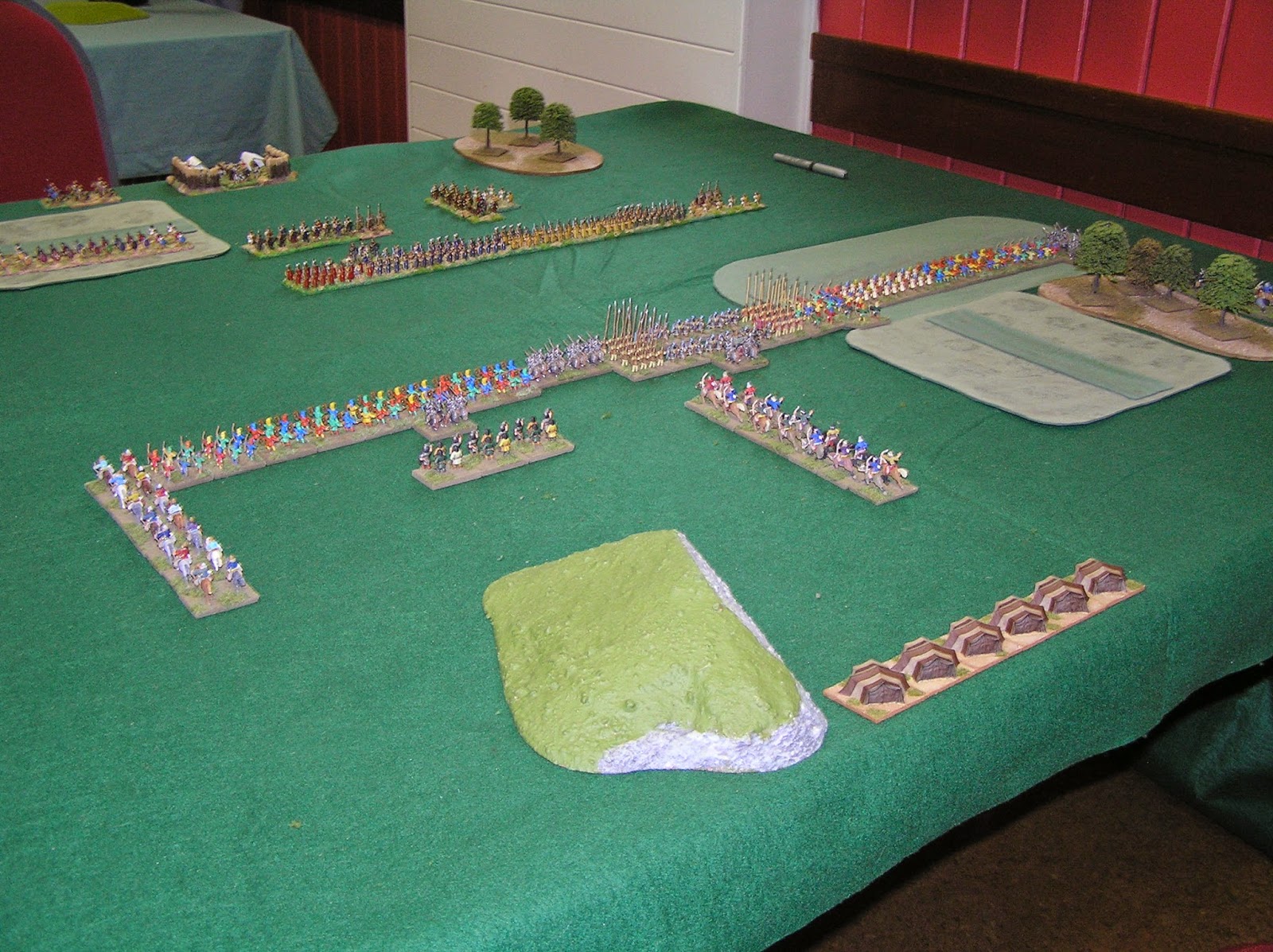 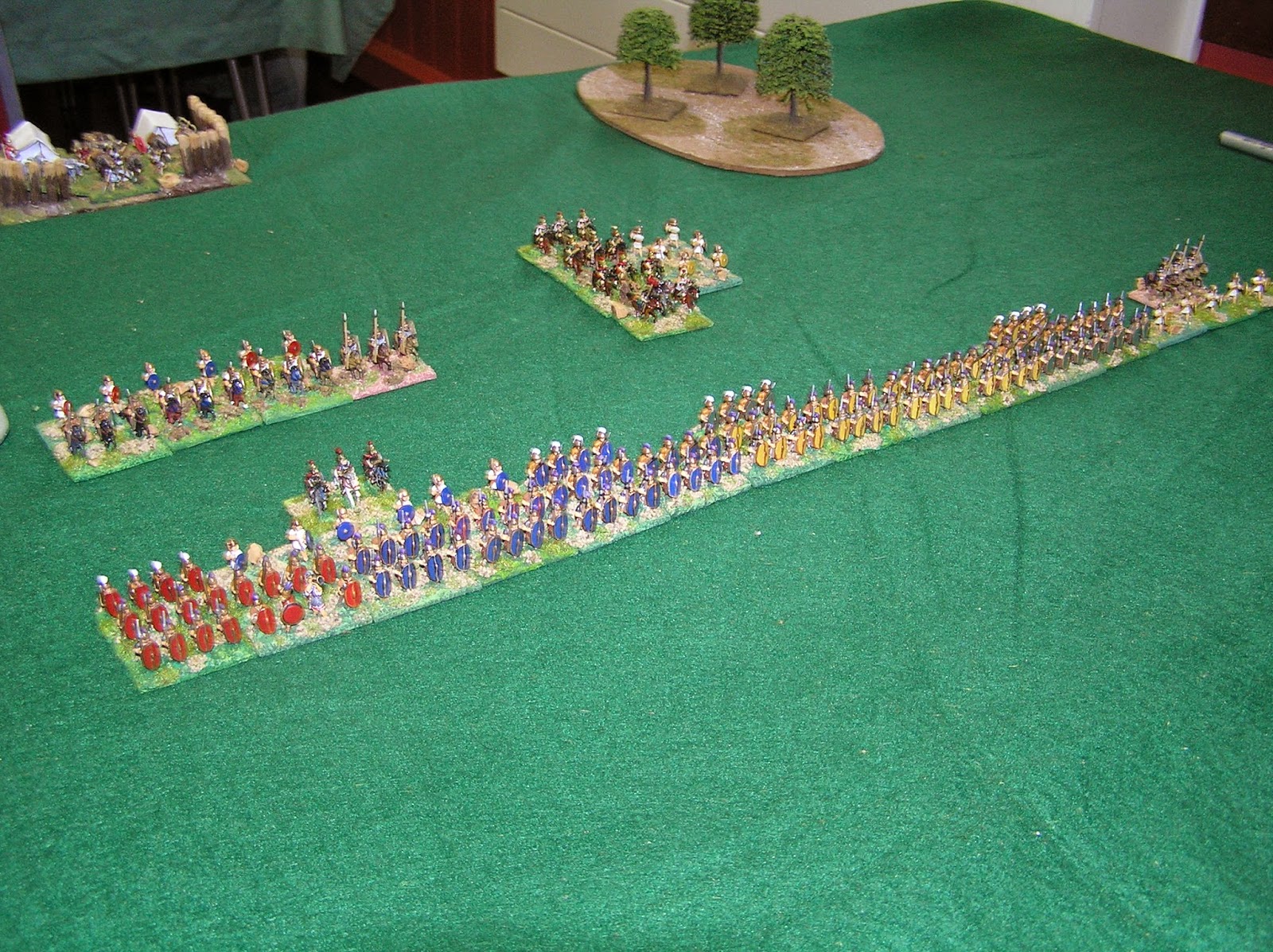 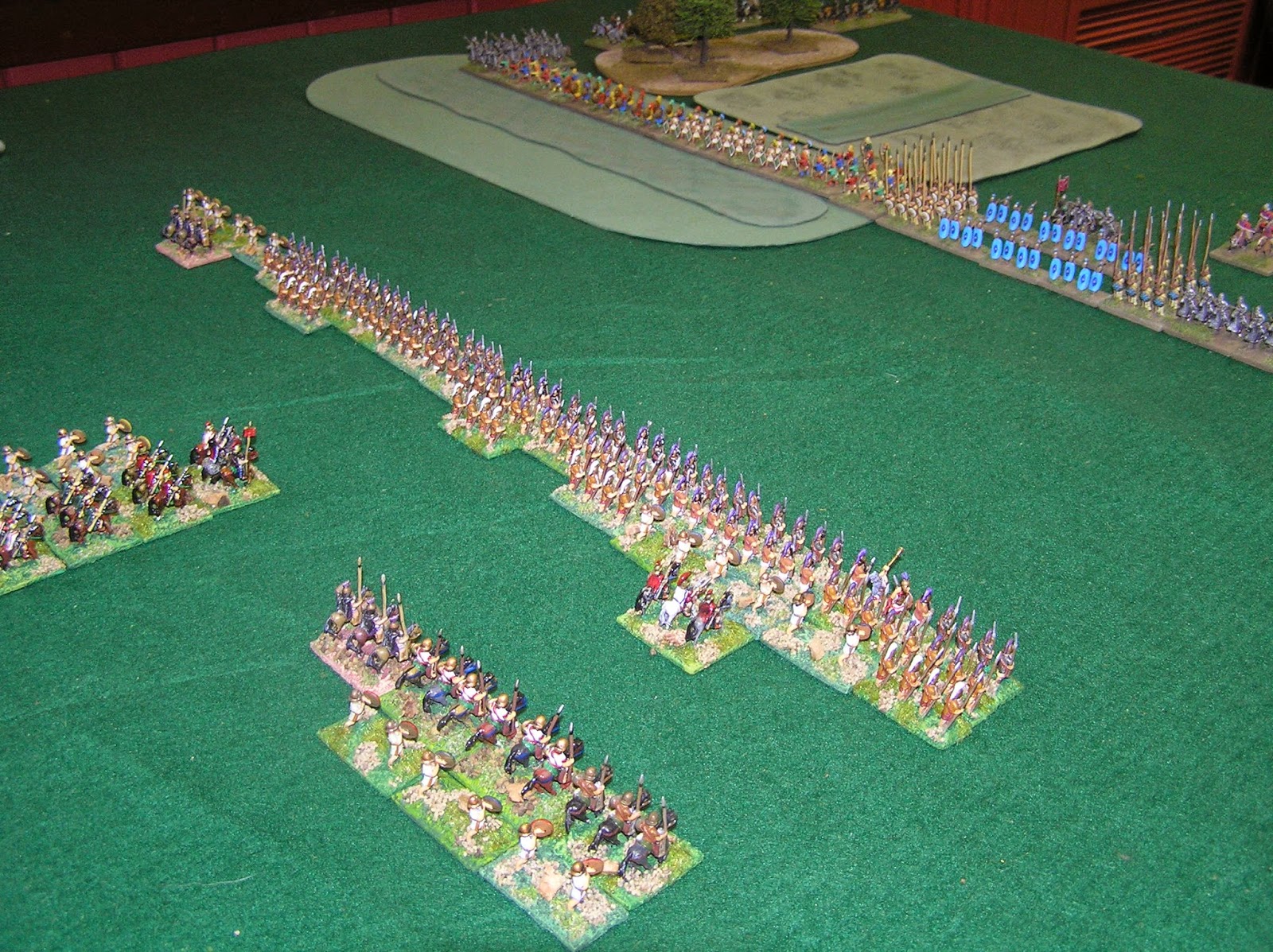 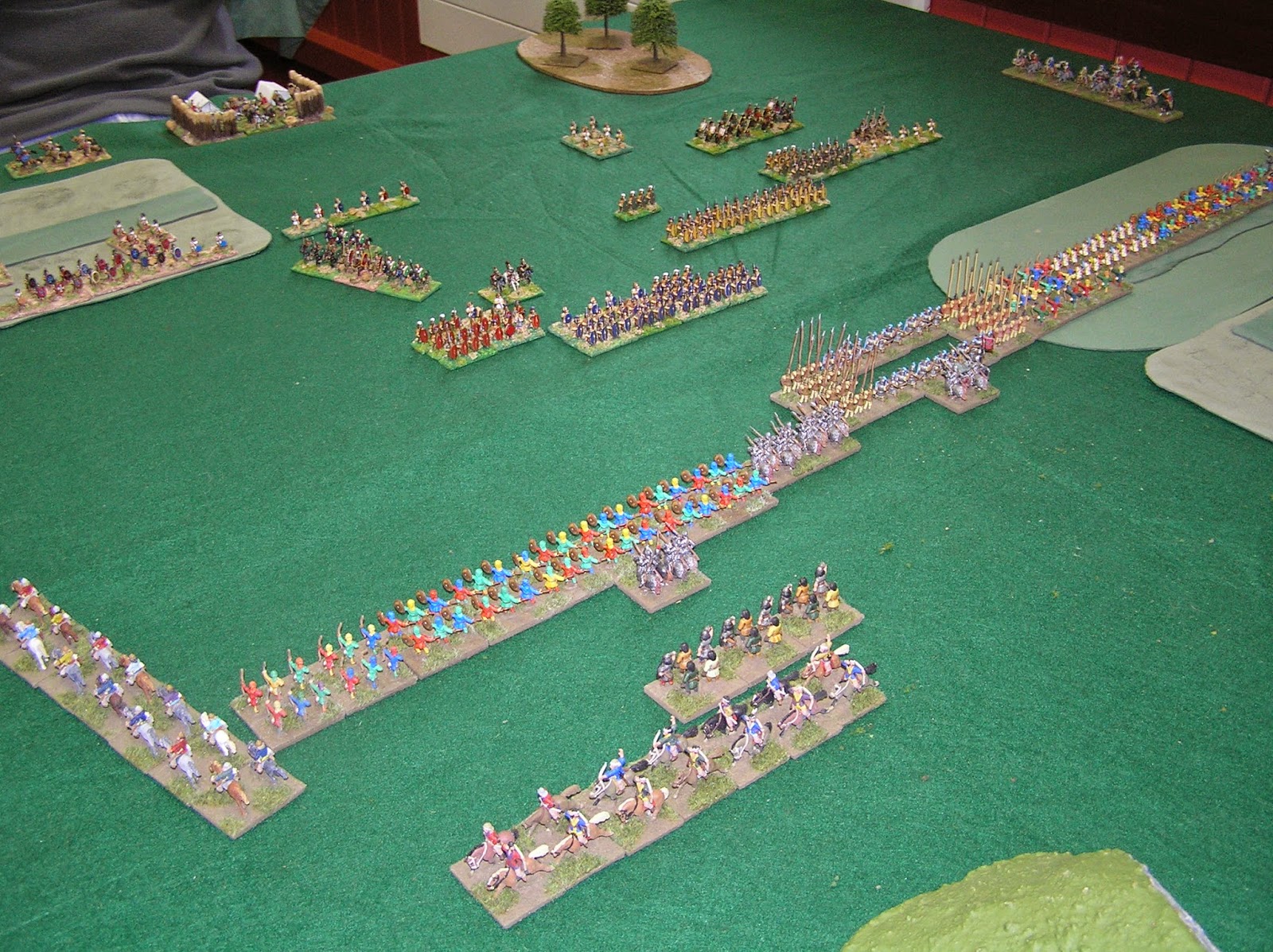 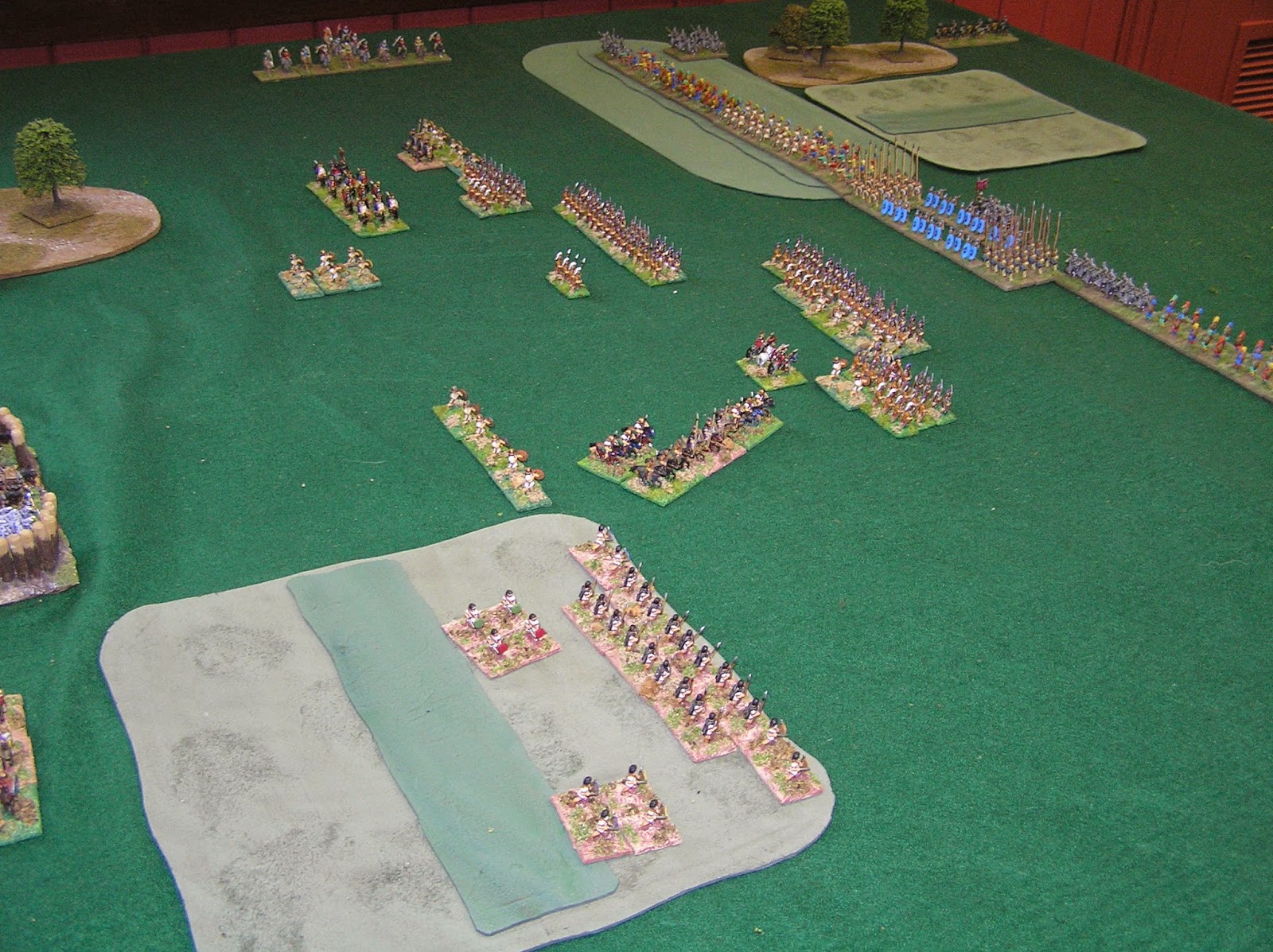 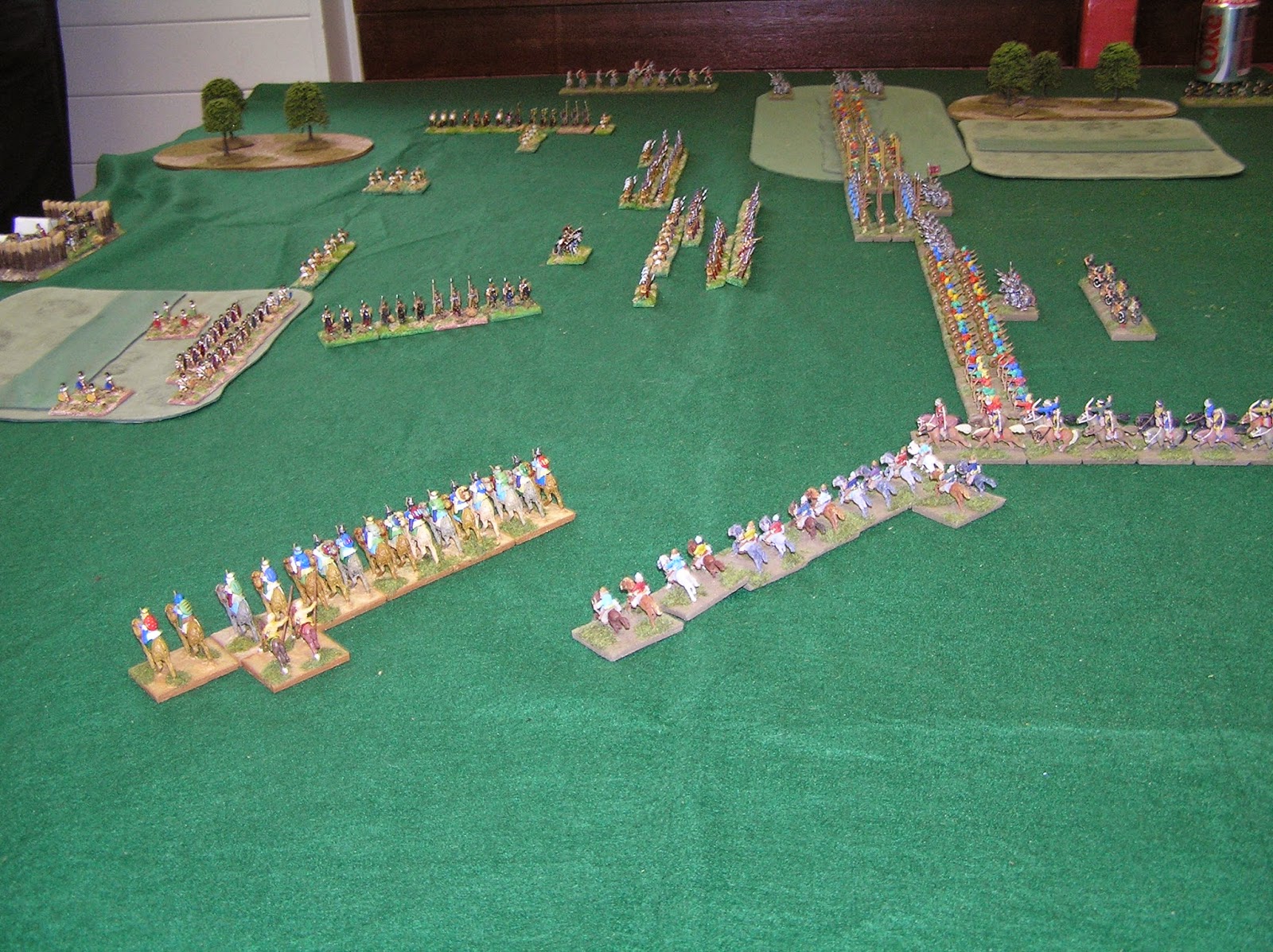 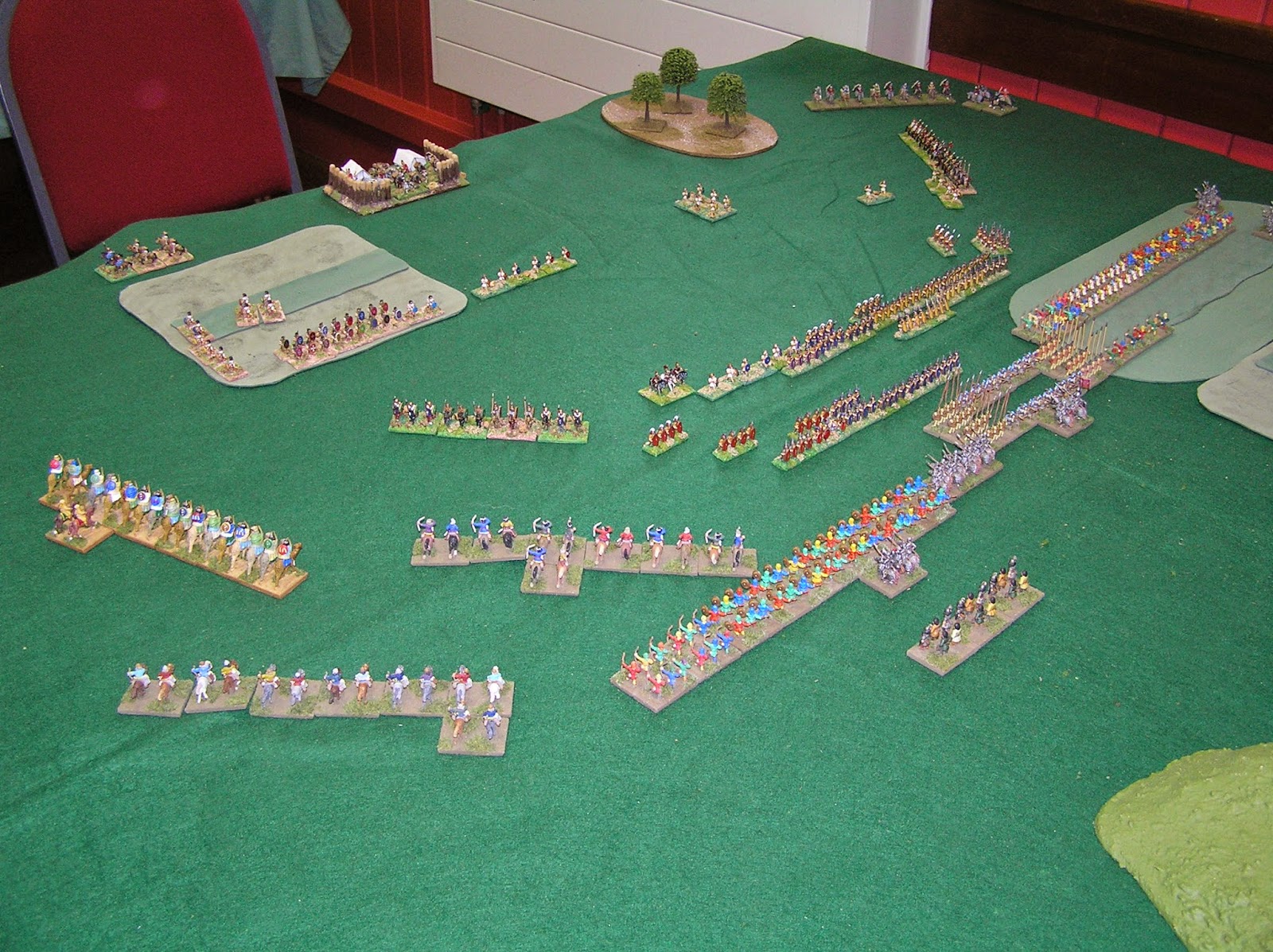 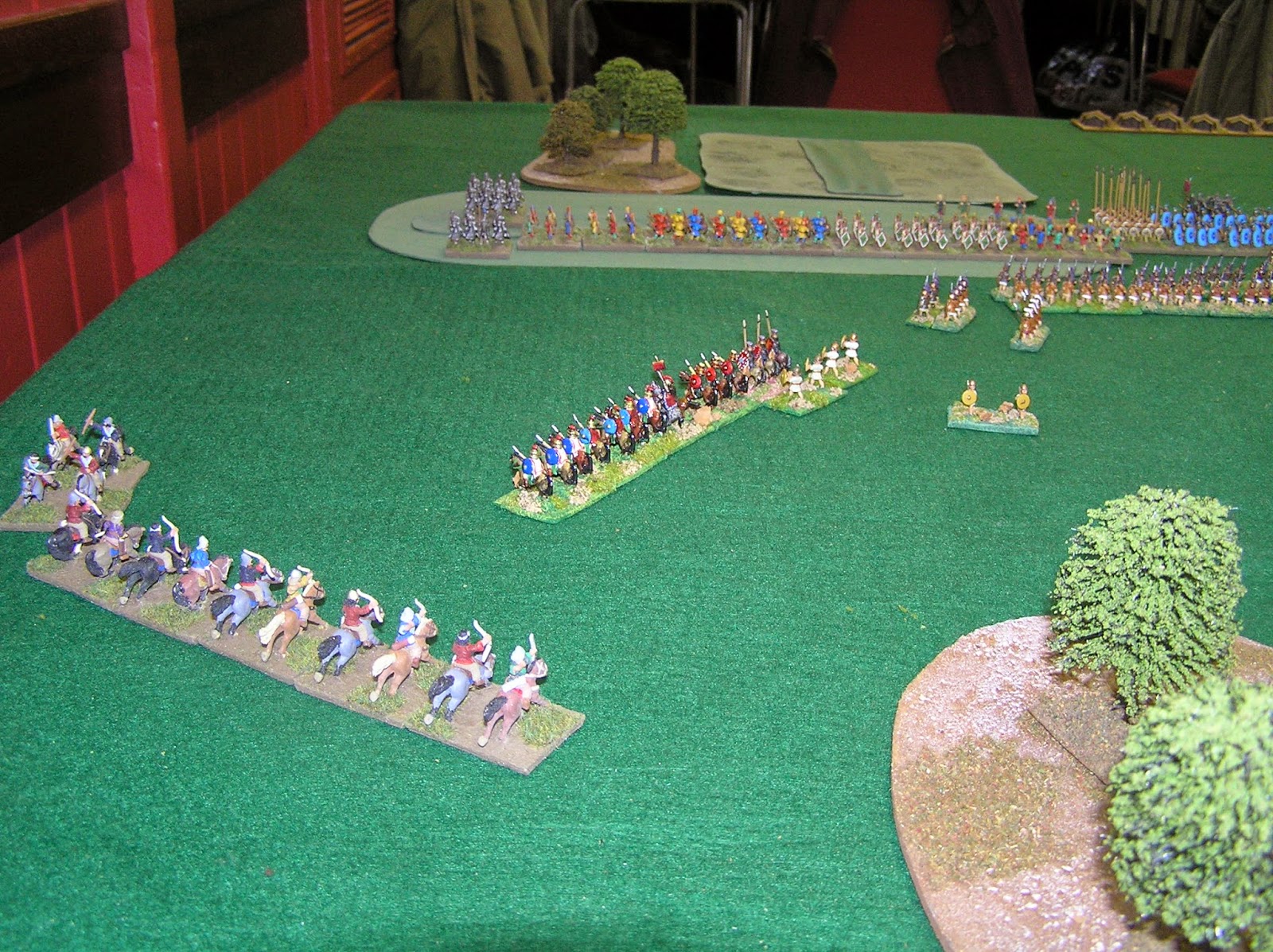 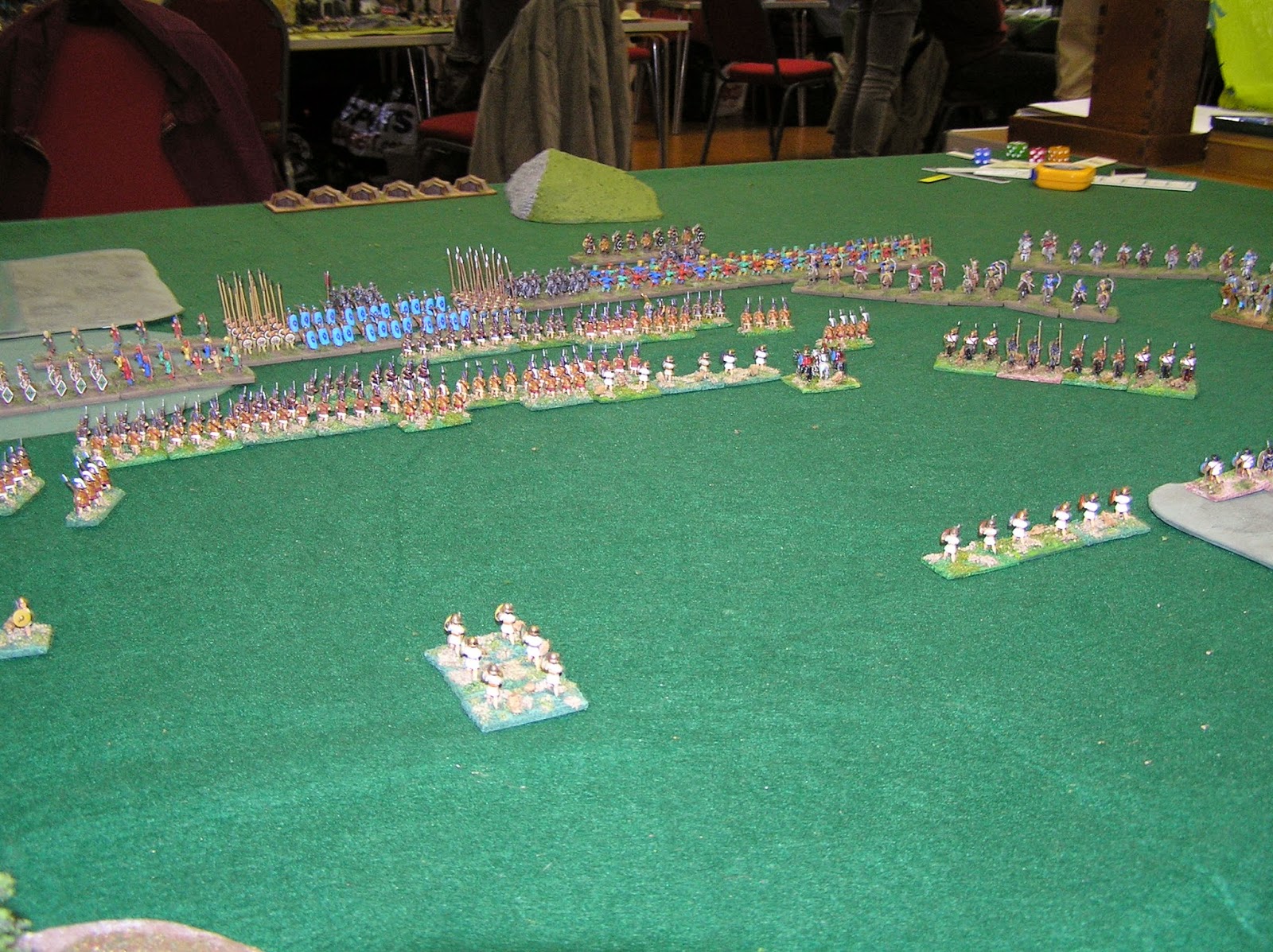 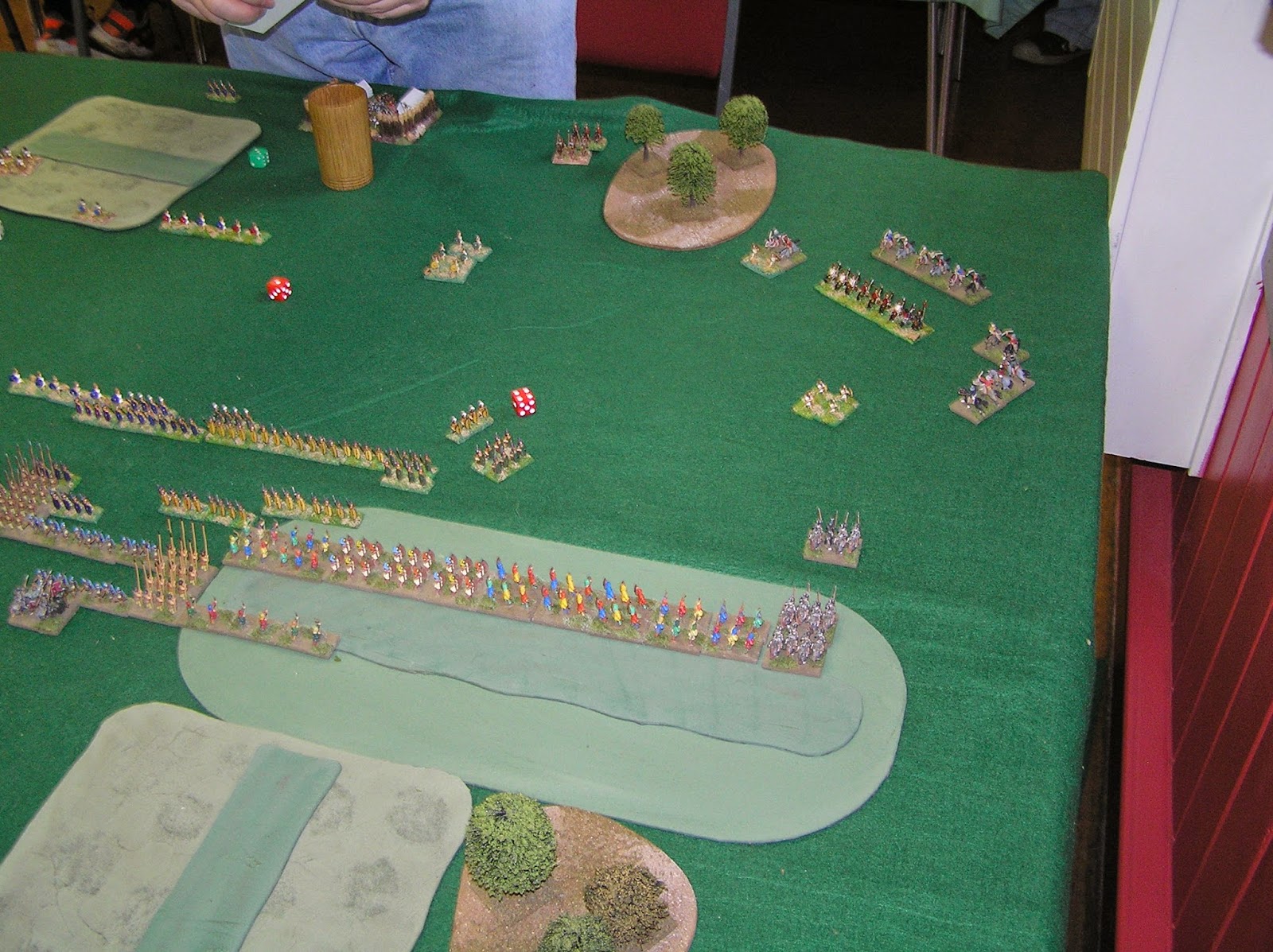 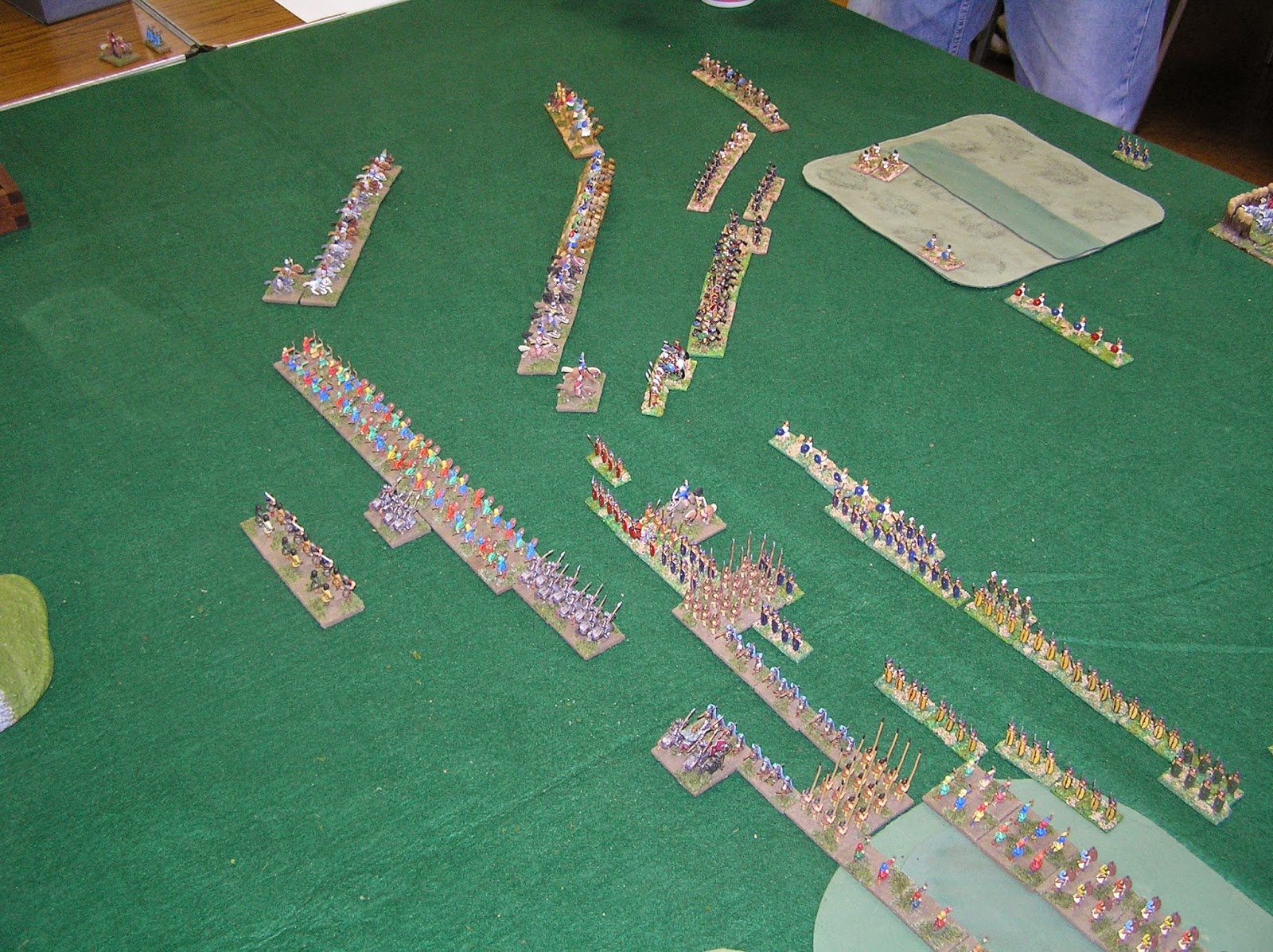 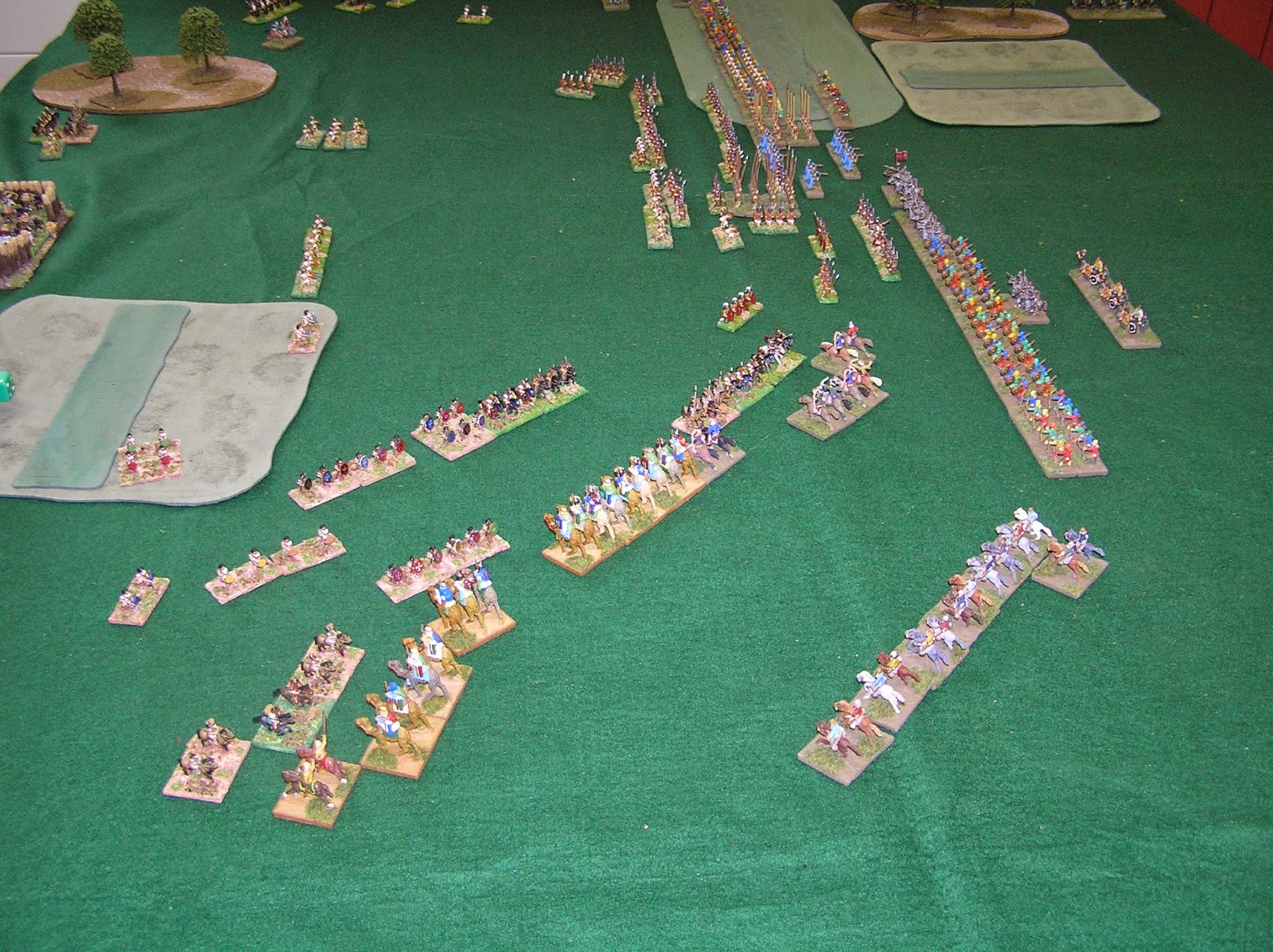 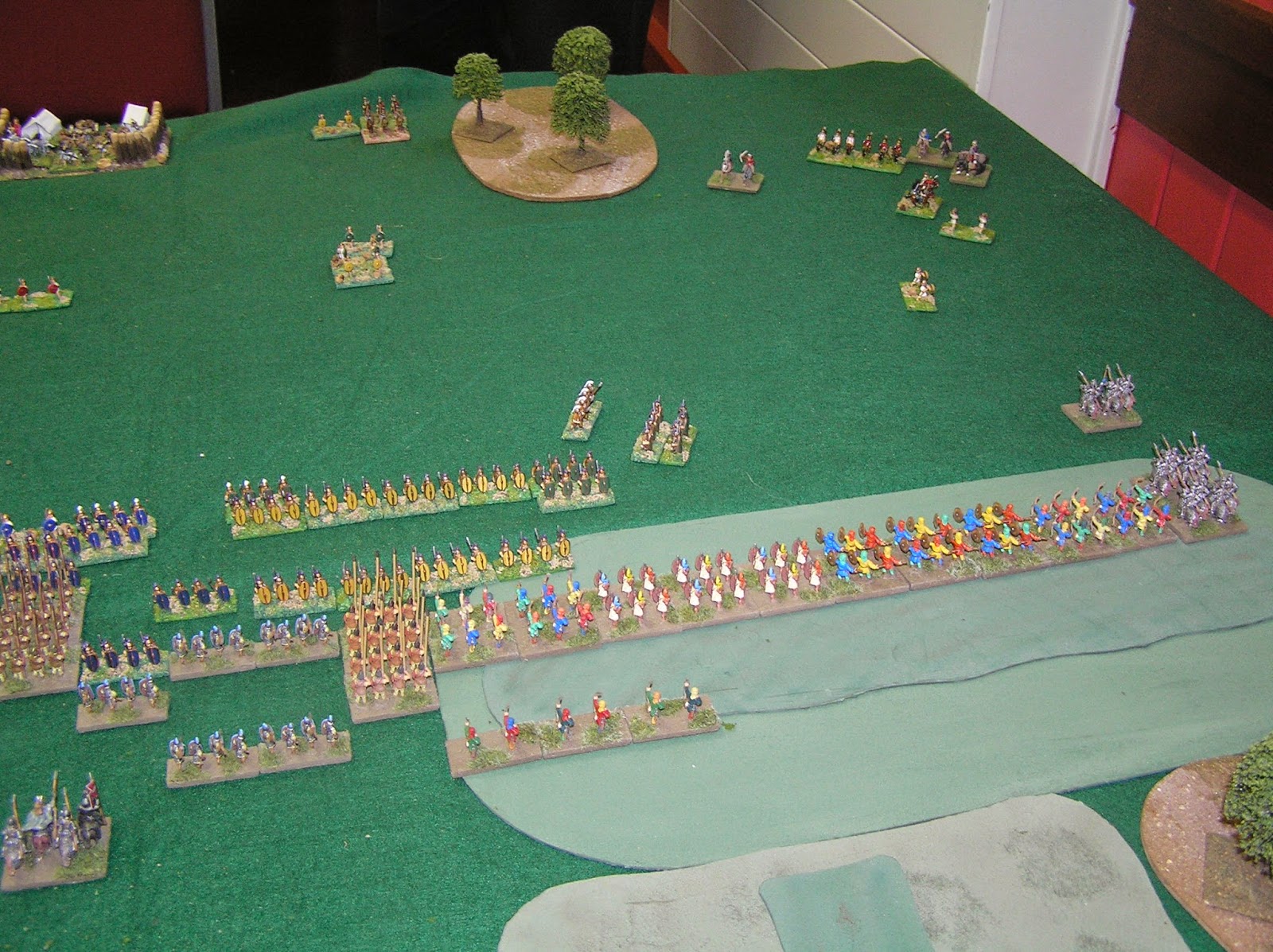 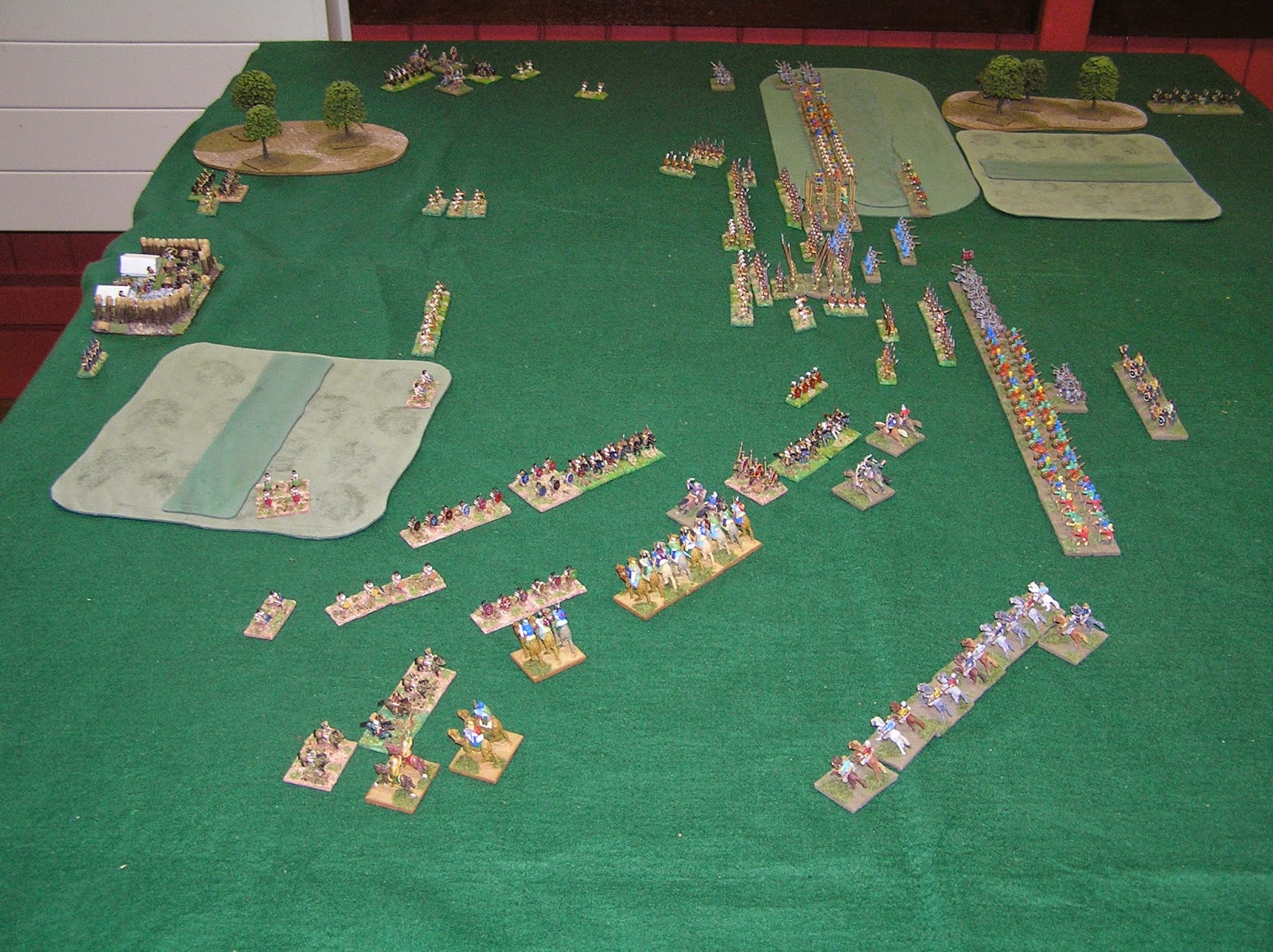 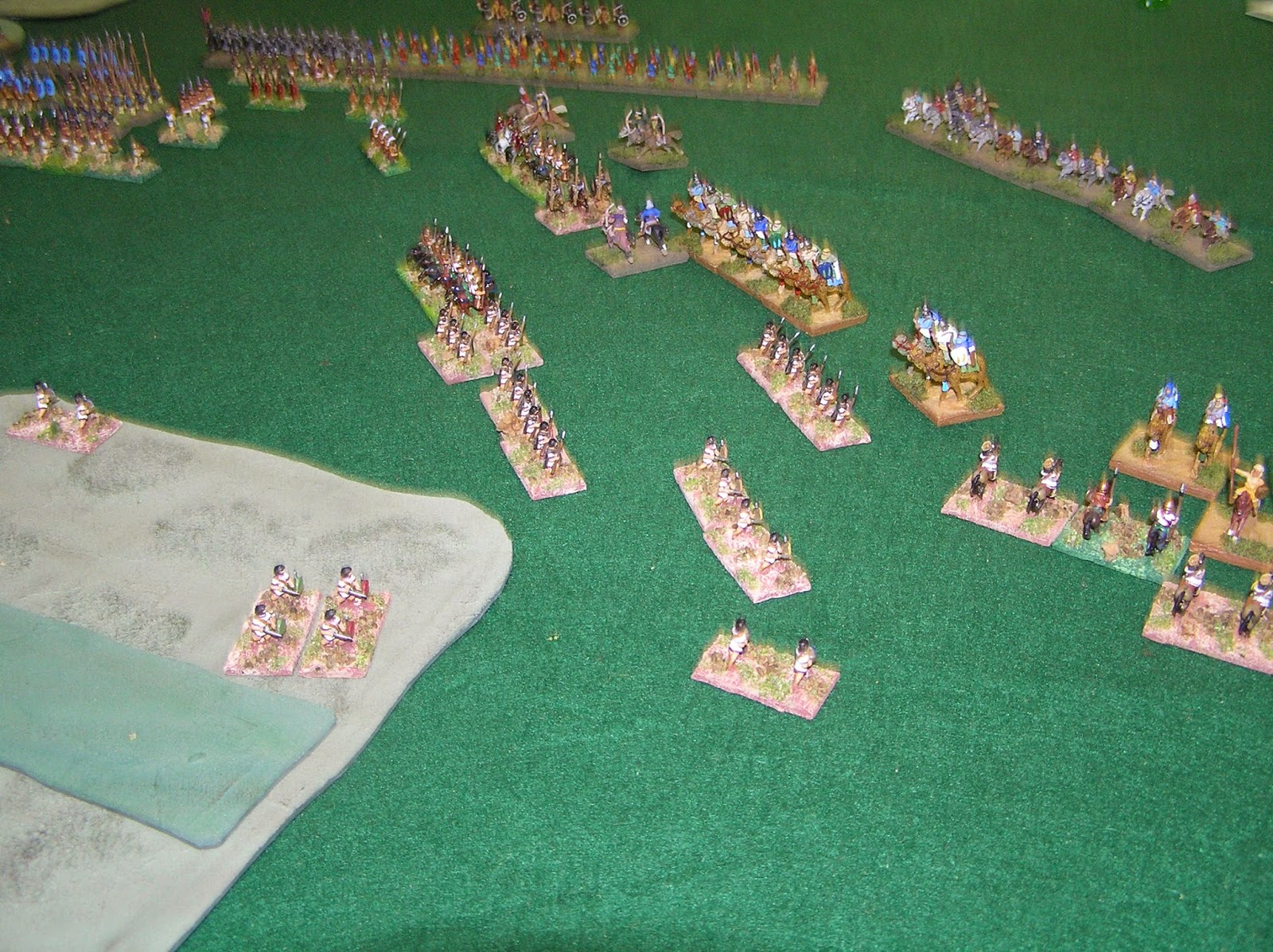 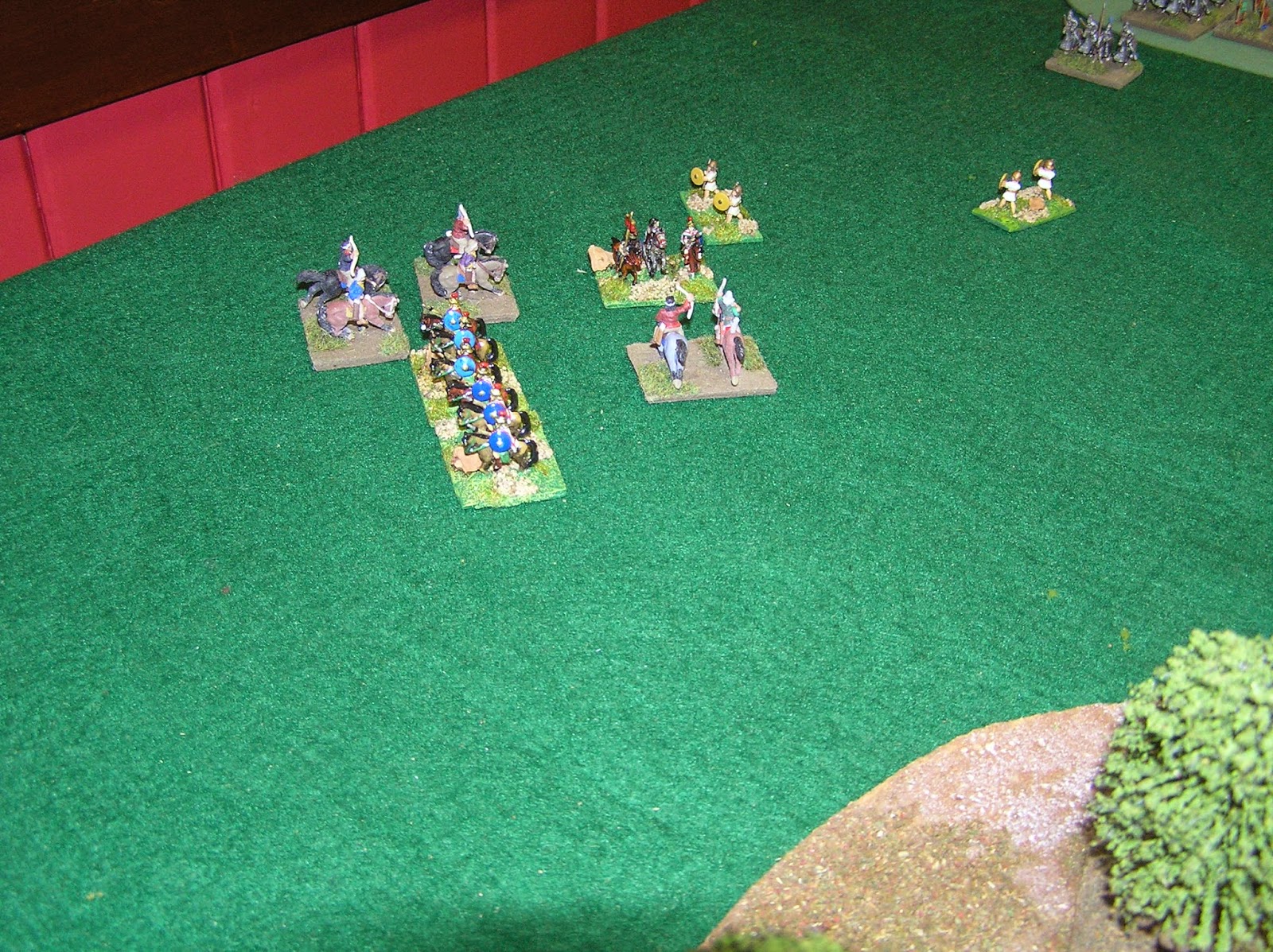 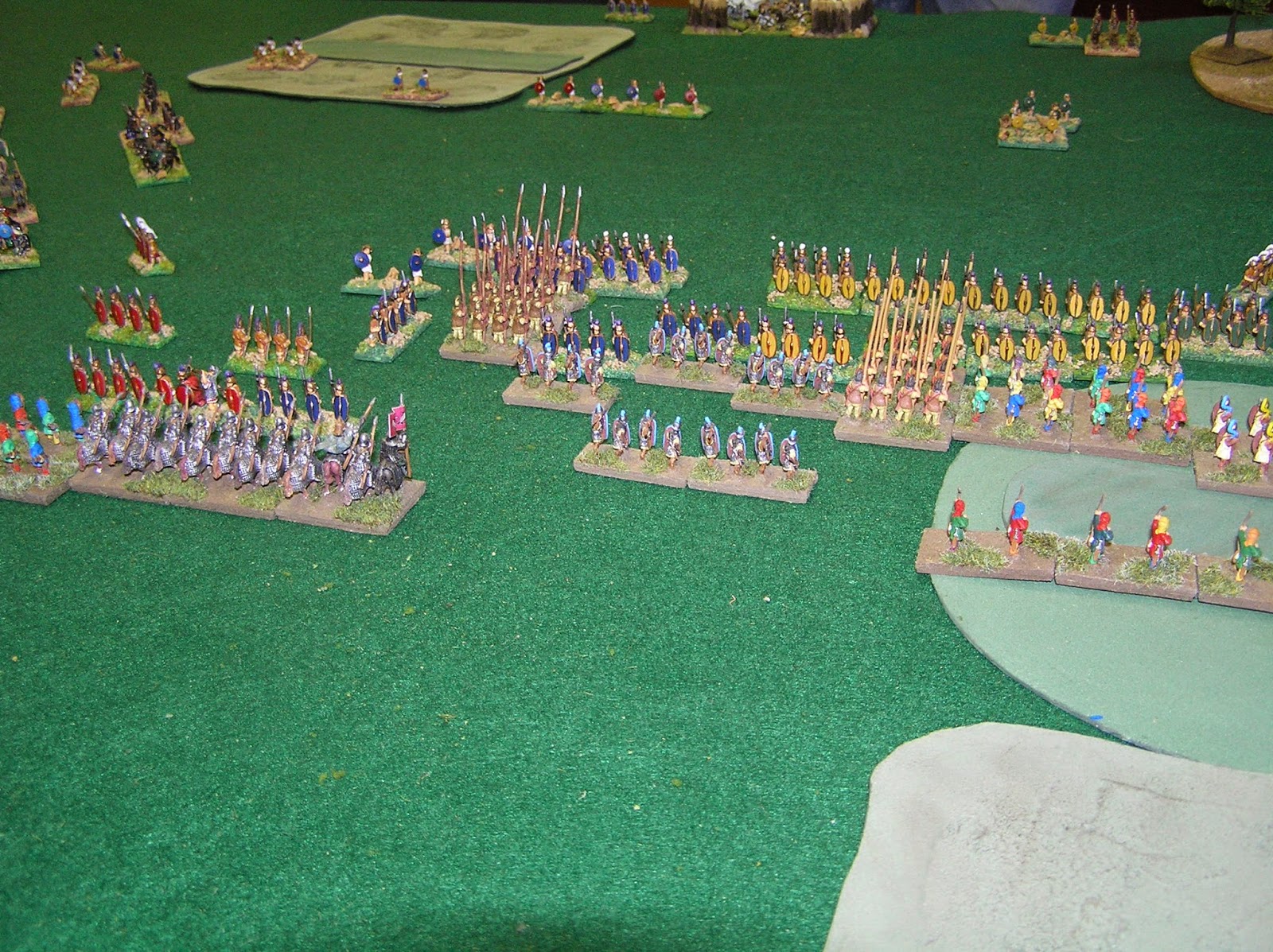 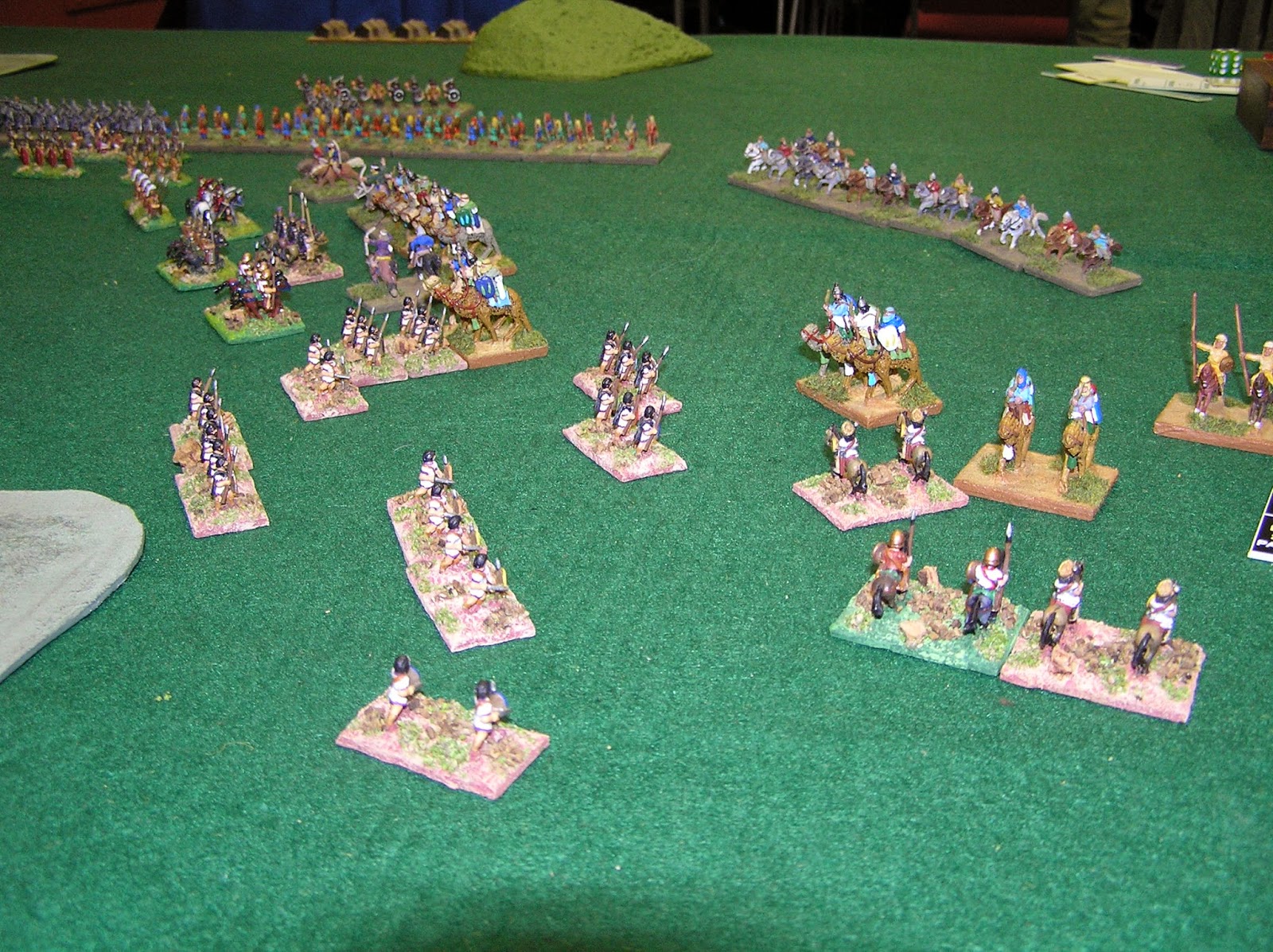 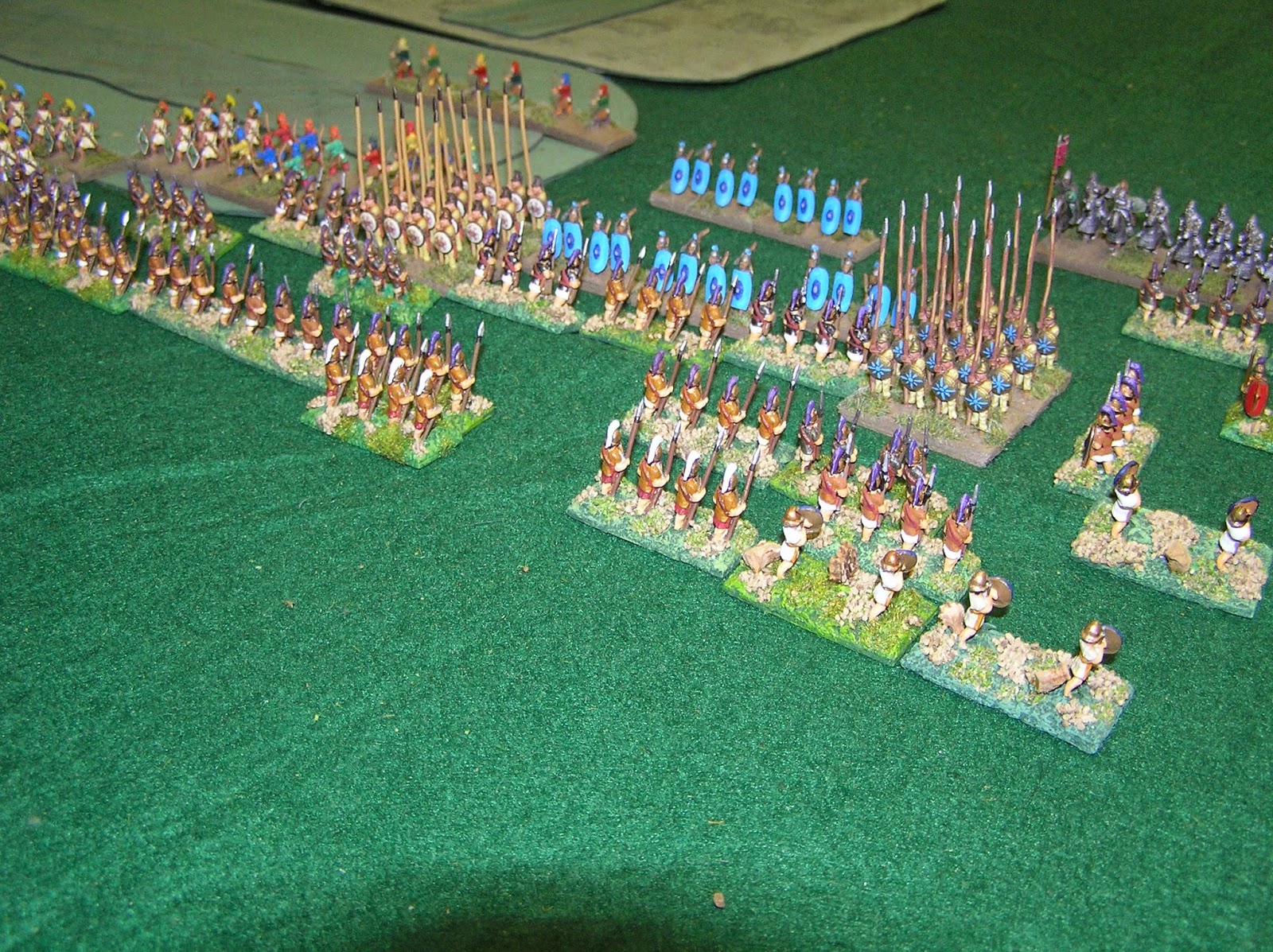 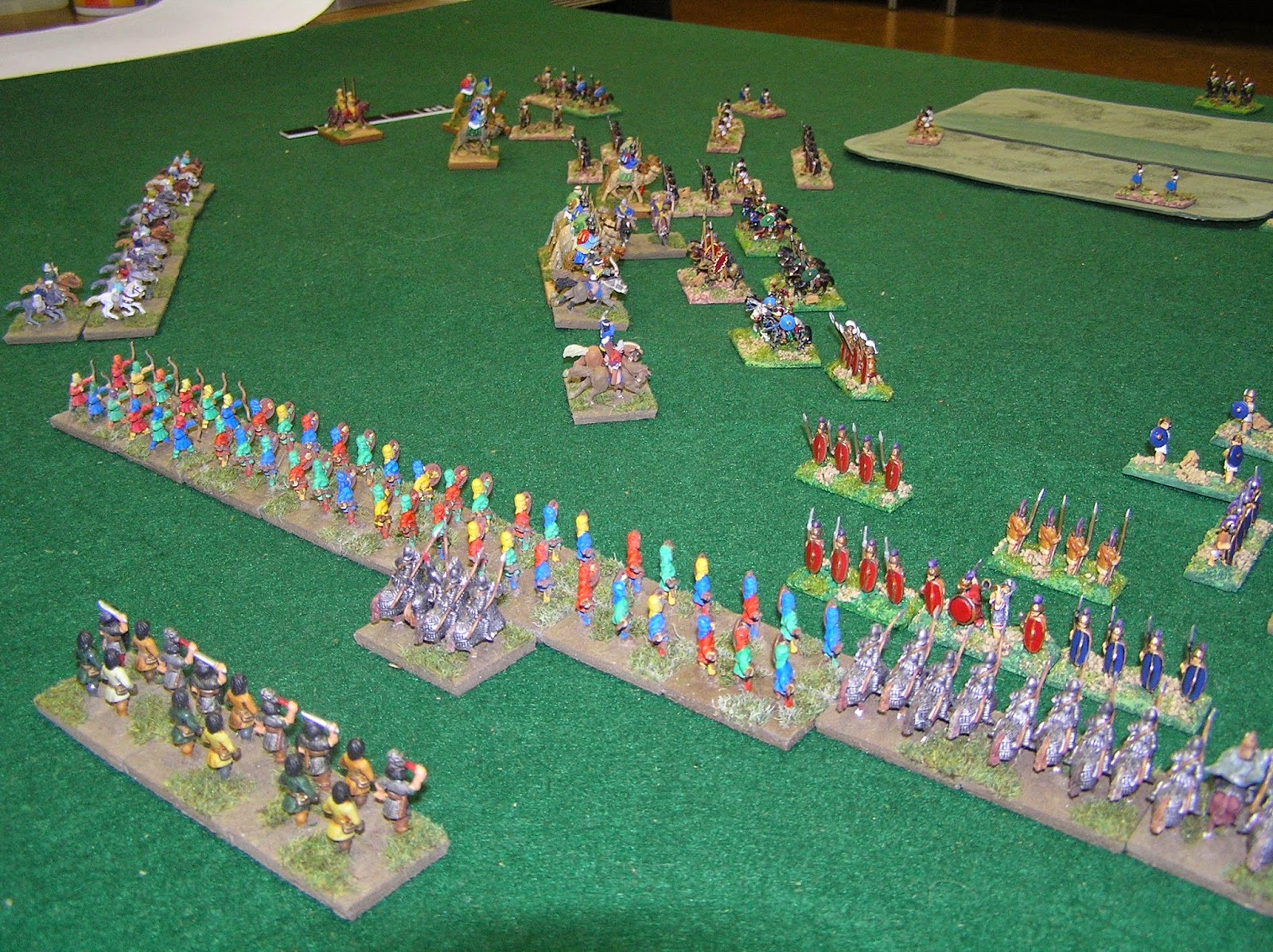 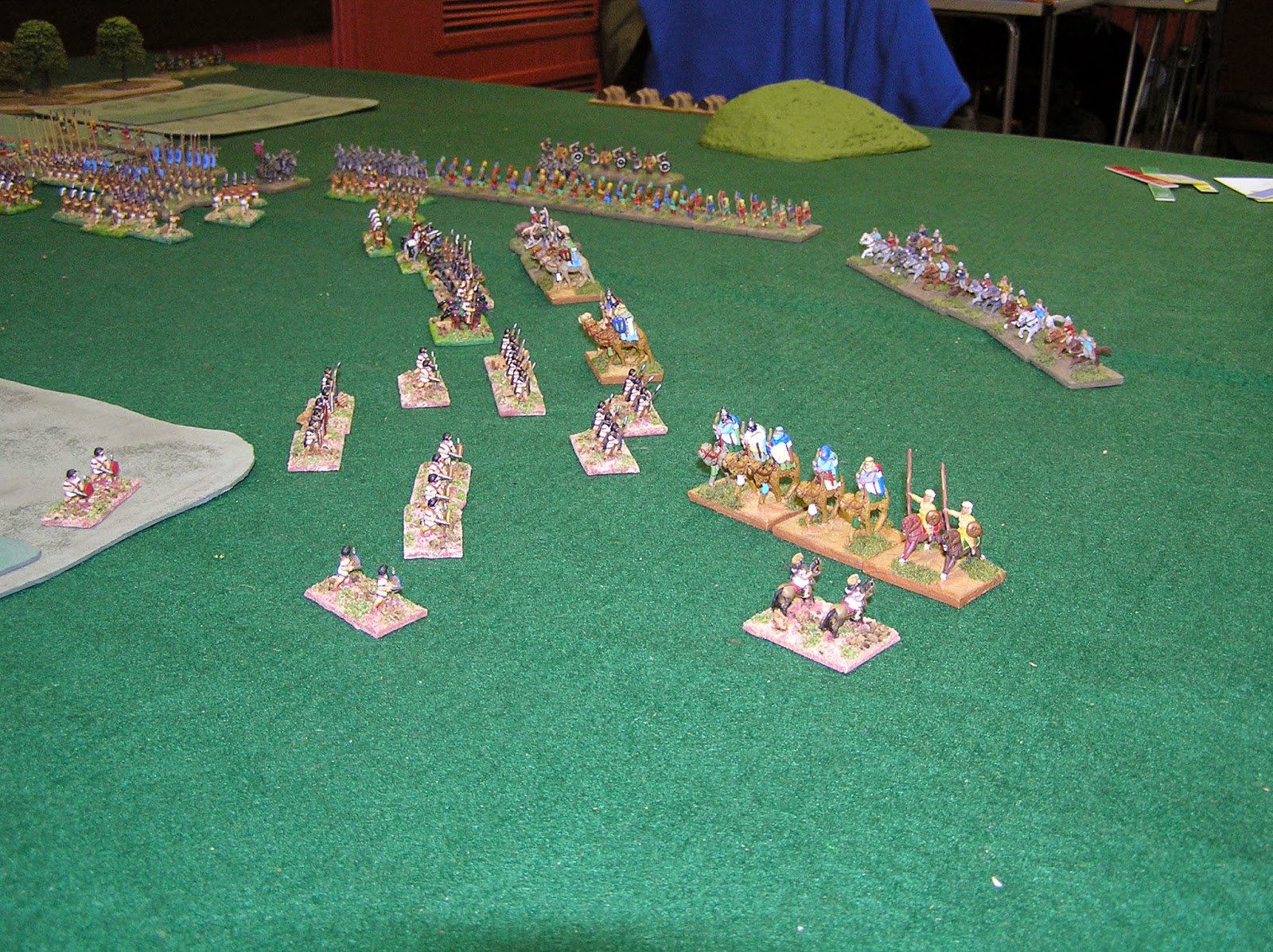 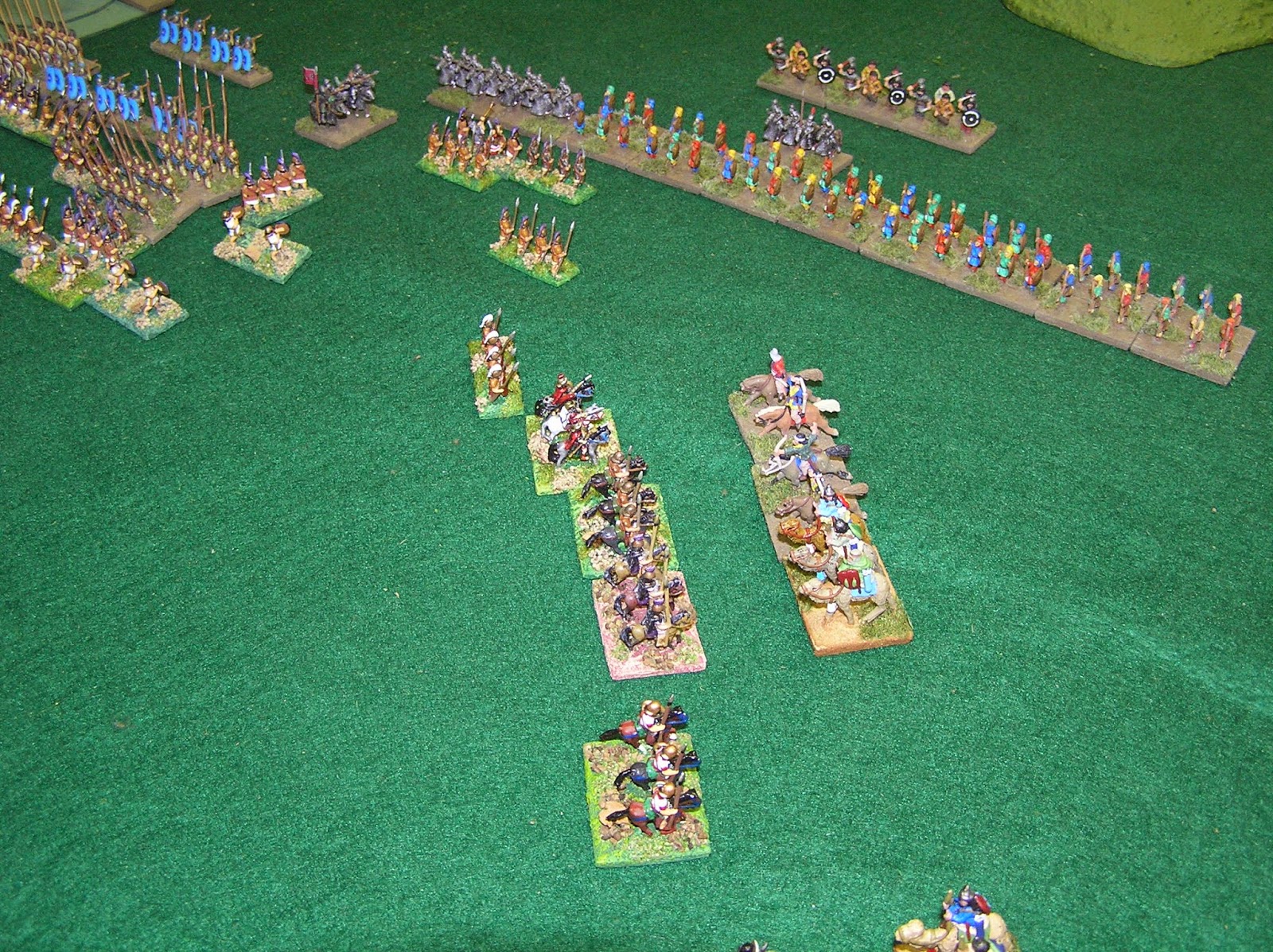 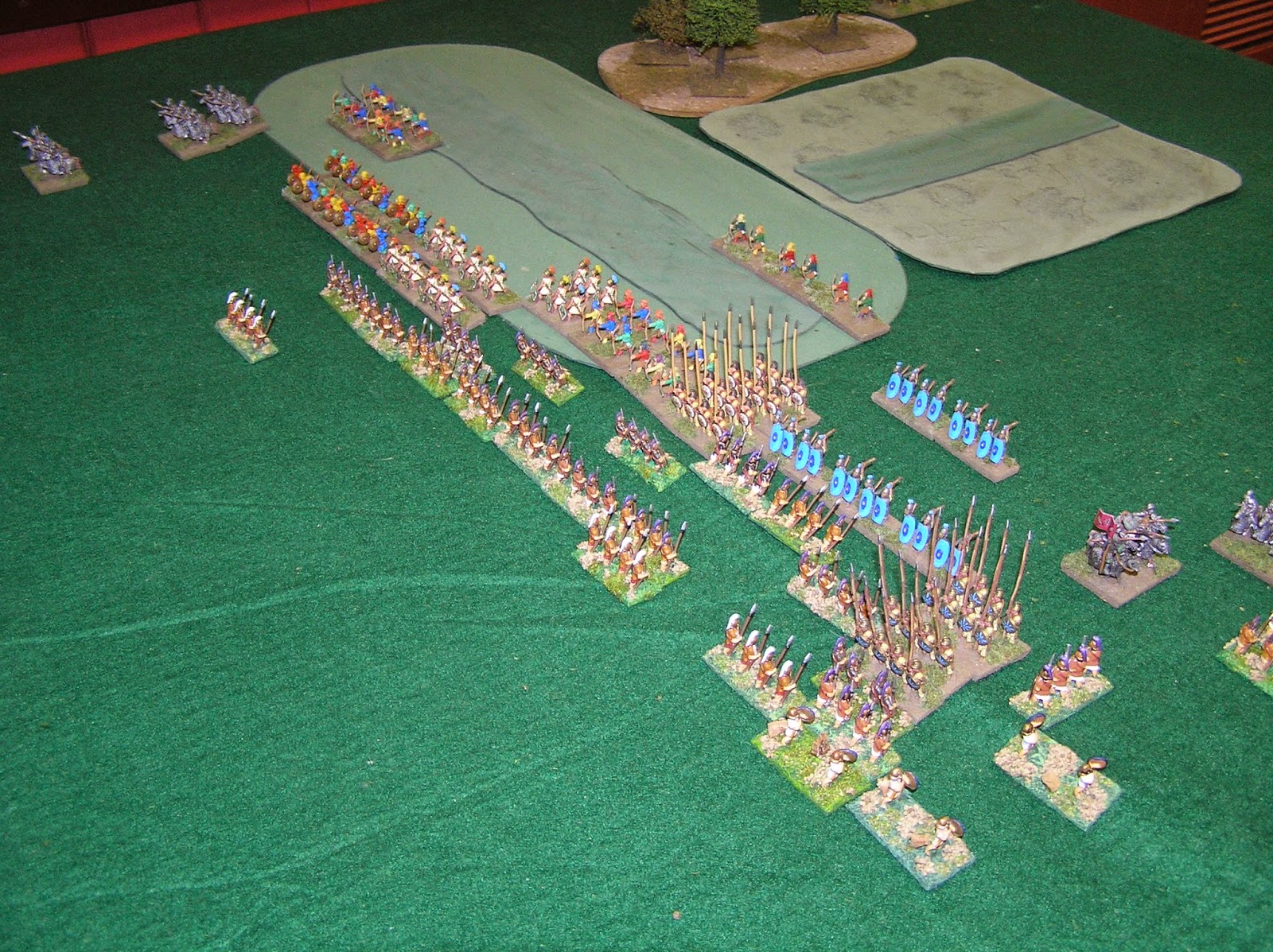