Wallachia - Under Vlad the Impaler 2

With just 27 mounted castings left over from the EBay purchase I looked carefully at them to decide if I felt they would be suitable for creating the three generals elements. I have already ordered a new Vlad Tepes and two Boyars from Donningtons just in case along with some other figures for this army. I managed to sort out what looked like nine suitable castings and put the remaining eighteen castings to one side. These are bits and pieces and I don't think they will be any further use for this army. I am very pleased with the ERM castings http://shop.eastridingminiatures.co.uk/renaissance-eastern-europe-43-c.asp in the end and for a total outlay of £58 I have achieved the core of the entire mounted part of the army with bits left over on EBay which if sold will reduce my outlay to almost nothing. I still need to paint up the Voynuks and Auxilia but I can use the troops in my collection for the hordes and archers if necessary.

Generals always need flags and in this era they need heraldry too. For the flags I adopted Vlad Tepes personal arms and made a standard in MSPaint. For the other flags I saw that there was a pattern in Wallachian national flags starting with their use of the red flag with its eagle. Late rulers used this flag in white and also blue so that solved my flag problem quite quickly.

Information on Wallachian shield designs is very limited and the WRG book by Ian Heath has some designs for mounted nobles but clearly states that theres no records of any colours used. In the end I resorted to copying the shields in the colour photos from the Warhammer Historicals Vlad the Impaler scenario book.

The figures took me a total of three days to complete because being generals elements I went OTT and tried to make them as nice as possible.

Here are some pictures of the finished three generals elements. 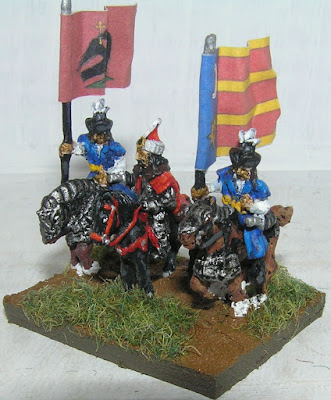 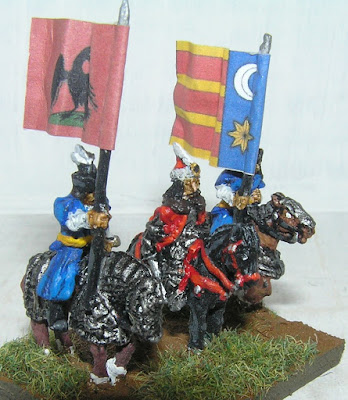 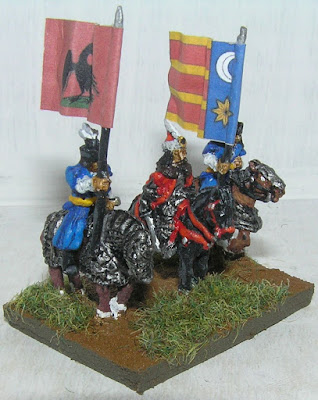 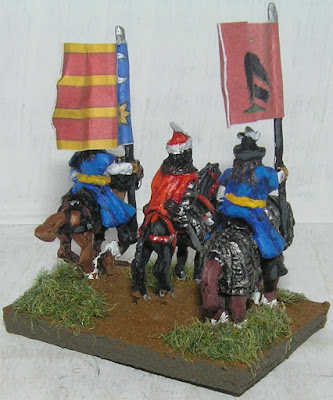 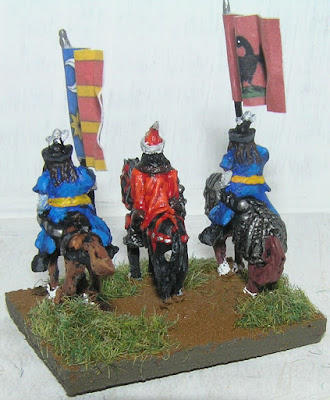 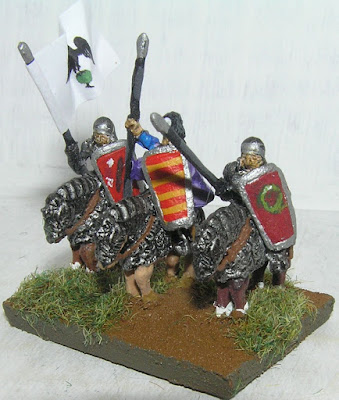 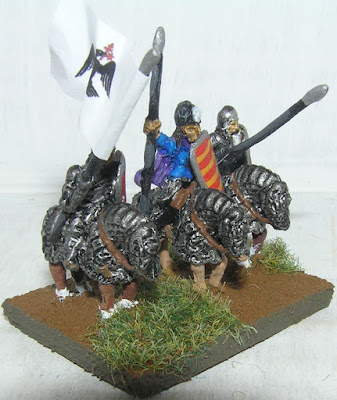 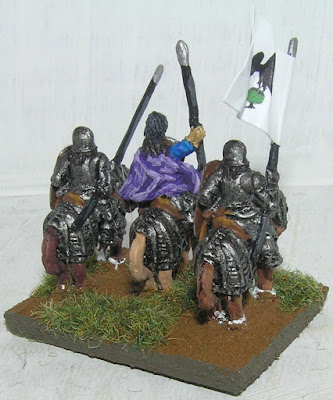 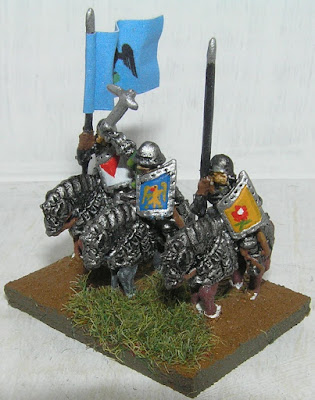 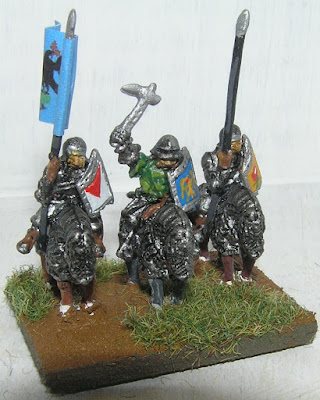 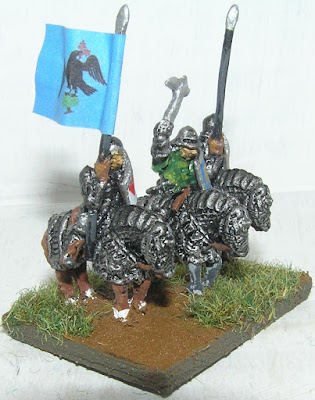 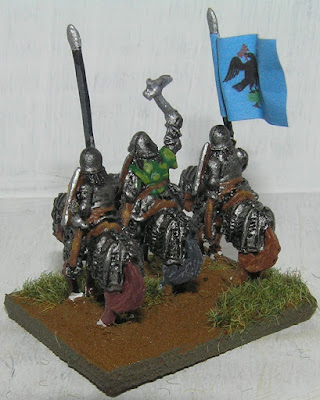