I saw a Chinese Army on Ebay, the listing was for 329 figures and I put in a bid, that was out bid so 30 seconds before it ended I sniped it for £175 and won.

Here is the main picture from the EBay listing. I asked which Chinese army it modelled to be told Yuan and Ming, I was told by a gamer in Hong Kong that it's more Sung looking but will be fine for the other two armies.

I received it today and after unpacking and tidying it up I took a series of pictures  to better show how it looked before I started on my rebasing etc. So in no particular order are the troops. I need to add things to it to enable me to field the three armies and may well be raiding my left over Tang figures to help out. 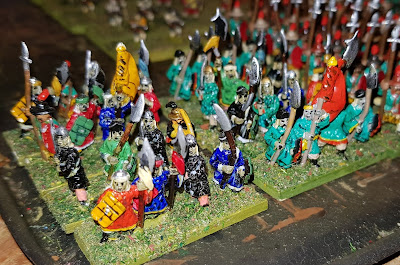 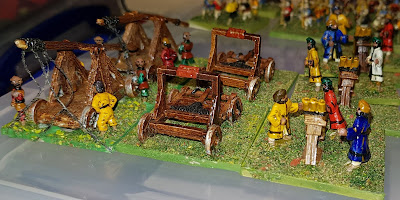 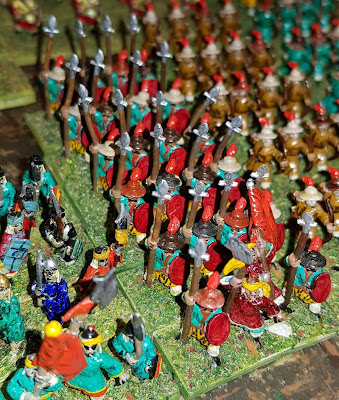 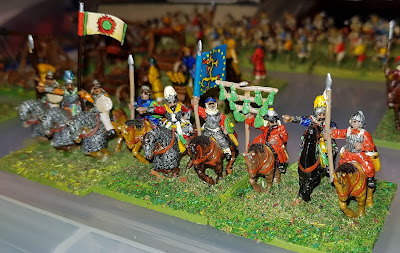 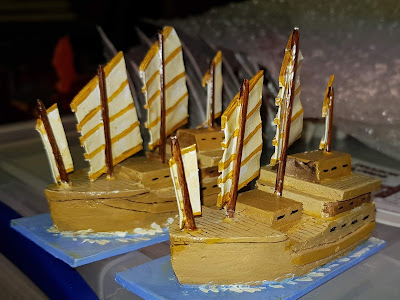 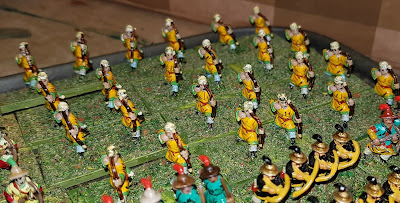 Once it's sorted out properly I shall post an update, but I have started rebasing bits already.
Posted by Drew Jarman at 21:19:00