Macedonians - When Whats On The Packet Is Only A Guide

I found a bag of 30 Essex MPA17 Macedonian: Hippakontistai Light Cavalry from Project Lead Mountain. I finally got around to painting them up. I dont even know how I got them except probably part of a grab bag of cheap figures from years ago?

Officially they are supposed to be Macedonian but in reality they were hired in troops from Northern Afghanistan to help out with Alexanders shortage of light cavalry as he moved further into India.

The castings are Bactrian type javelin armed light cavalry and will do for a number of armies, mine will be going into my Greco-Bactrian army. I had 30 castings and only needed 24 so 6 will be sold on as surplus to requirements in due course. Other suggested uses are for Parthians, Seleucids and other Early Successors. Maccabeans, Sogdians, Hyrcanians, Persians, Indians and Arachosians.

Being Essex they are of course single pose castings and are all riding the same horse castings because these are one of their older ranges. The painted up really nicely and the final effect is quite impressive. 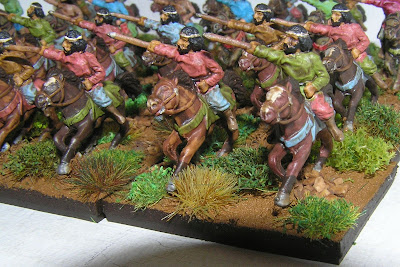 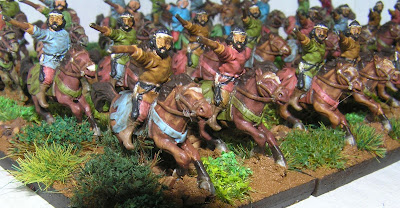 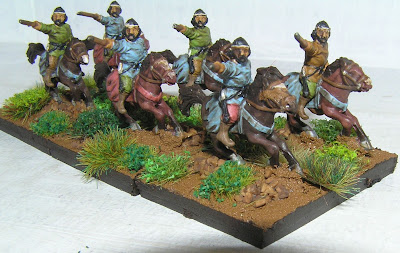 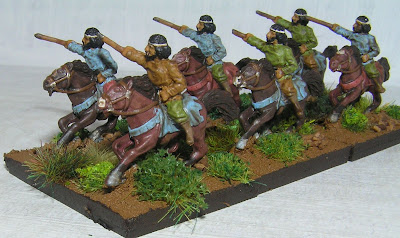 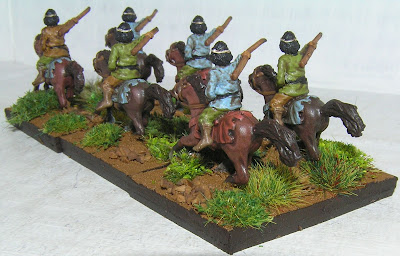 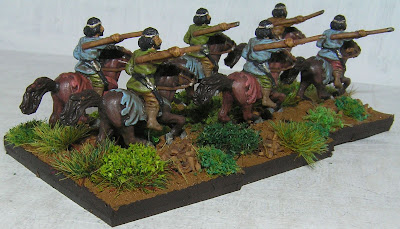