Playing Around With Bits For The Far East.

15mm Misc Bits For Use With Chinese Armies

I had some left over bits from my Paddy Fields blog back in August 2019.
https://drewjarman.blogspot.com/2019/08/creating-paddy-bunds-in-15mm.html
I finally decided that I could make something out of them. So I made nine Temporary Fortifications on 40mm x 20mm bases. I might sell them or keep them no idea just yet. I used some of the liquid water effect in the ditch in front of the palisade but it didnt really show that well. 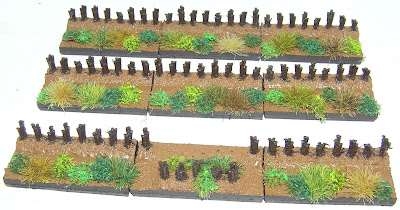 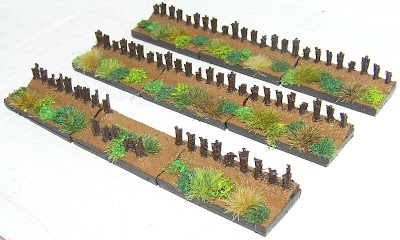 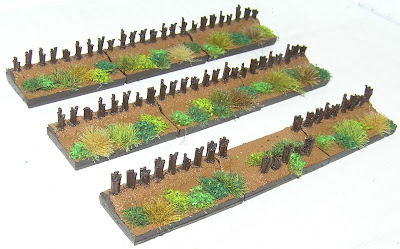 Finally I got some Fish Pond decorations in resin. They were not that nice out of the packet but after a quick Dark Brown Wash and basing up they have turned out nicely to use as bridges when roads cross a river on the table top. I have another six to do in due course but again it really depends in I think its worth the effort. I can always sell them on of course. 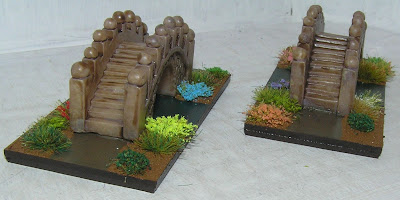 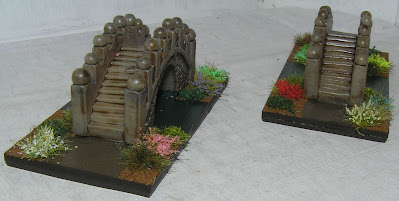