Bob's commission finally ends with six Legio Heroica commander figures Code CRU03. These are for his Anglo-Norman army and although the range specifically states that they are designed for the 1150 AD to 1190 AD Crusader era there's nothing wrong with using these figures from 1085 AD onward as long as you do not paint them with heraldry and stick to the Zoomorphic style of shield decoration and the earlier pre-nation state style of flags and banners.

The figures come with separate horses and shields and the spears supplied with them were very thick so I exchanged them for some thinner ones from my conversion store supply.

There's two command groups and I matched then horse pose style and ensured there was a good mix of clothing colours. I started them four days ago and they are unbased as Bob will be basing them up to match his other figures. 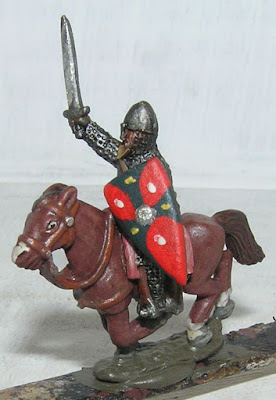 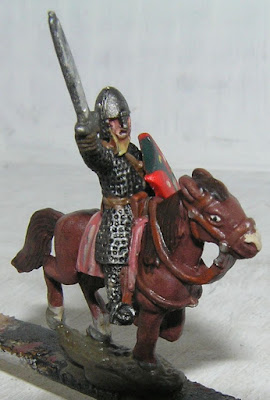 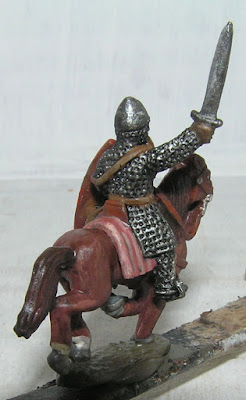 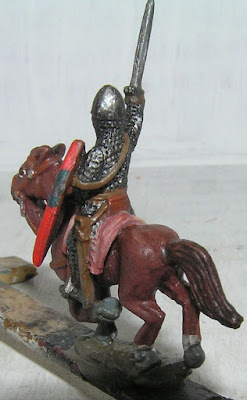 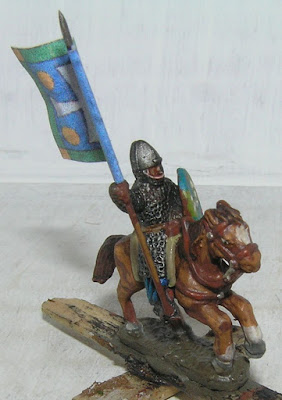 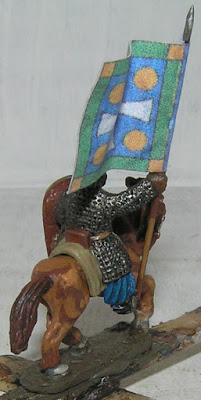 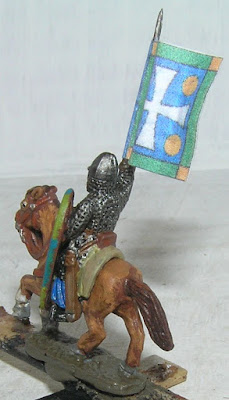 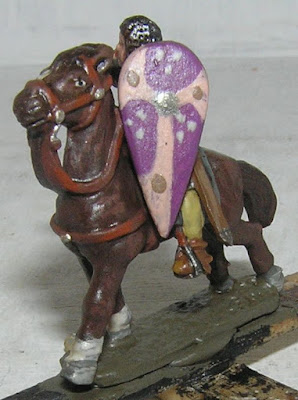 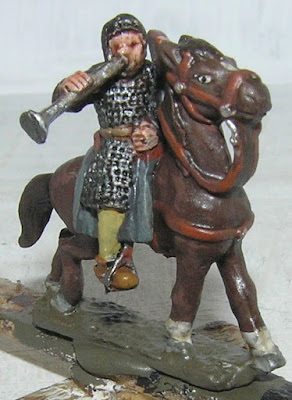 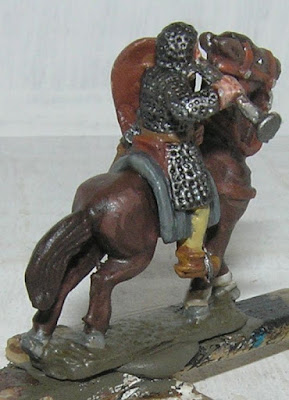 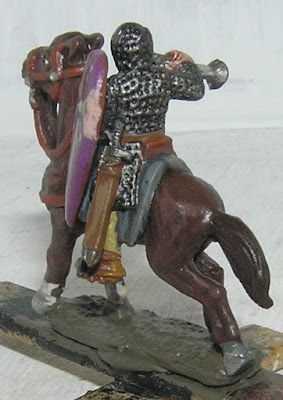 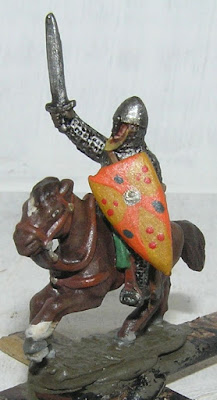 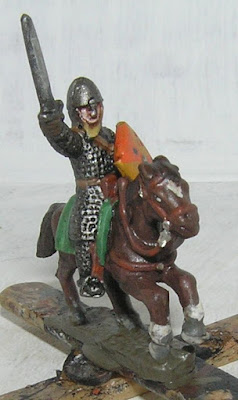 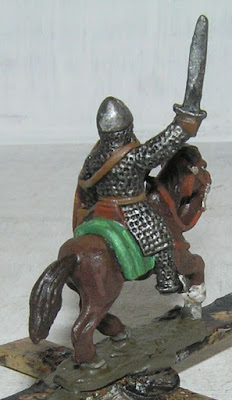 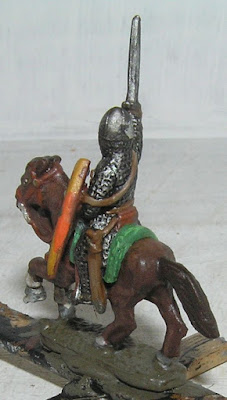 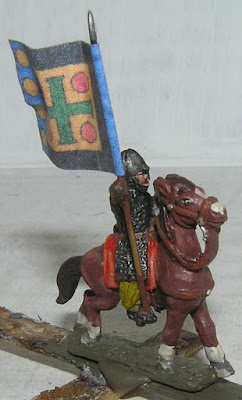 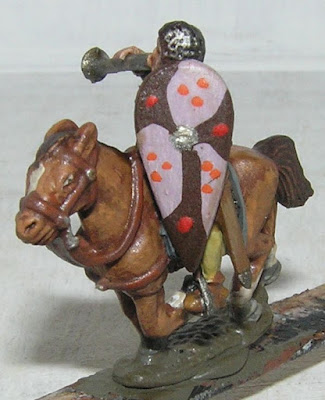 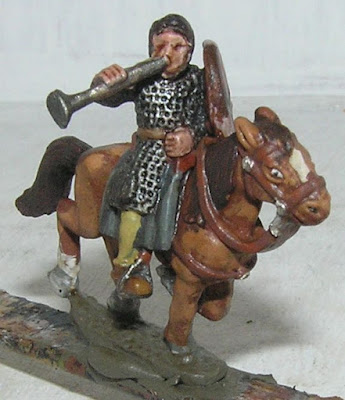 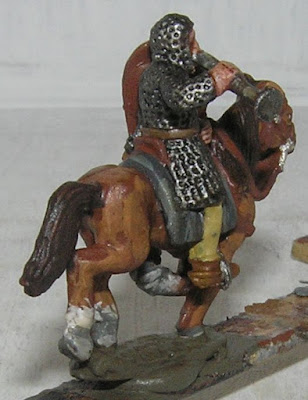 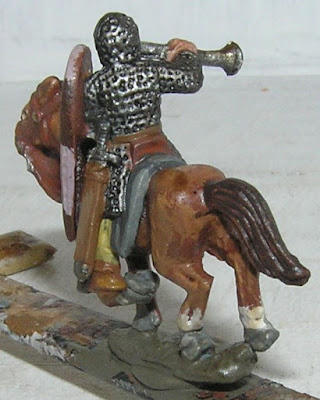