PROGRESS UPDATE ON THE CHINESE 5

As I blogged yesterday I had nearly finished the latest batch of figures I purchased earlier this year from EBay. The basing was OK if a little tired & I wanted to make them fit in with my own collection a lot more. I had purchased two separate armies from the same person which meant the painting style was identical & I ended up merging & repurposing the various figures into lots of different element types than they originally were being used for.

Its a mix of elements ranging from Spears, Pikes, Blades, Auxilia, Warband, Archers & Psiloi. The figures can often be used for more than one element type which also helps.

Compared to how they looked in January & May's blog entries I am very pleased with the results. 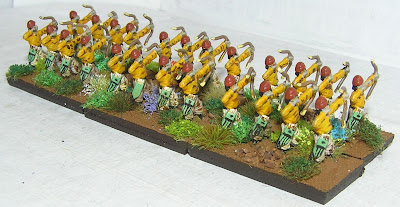 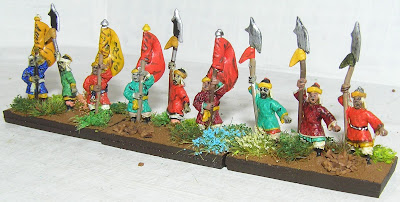 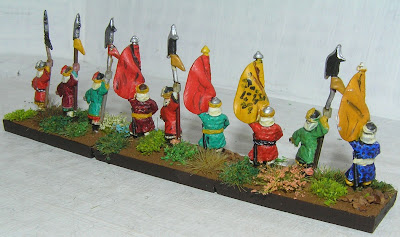 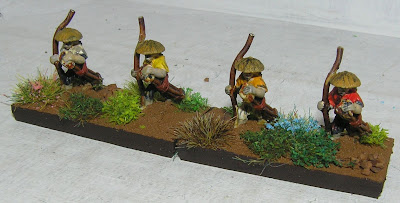 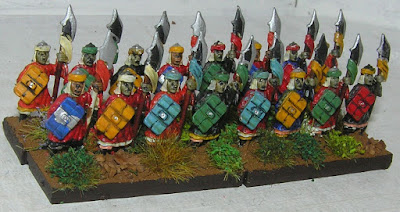 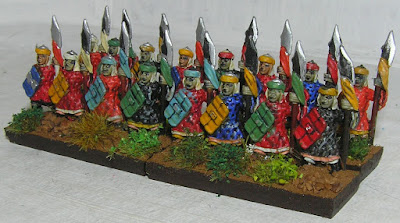 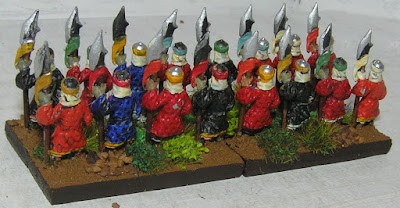 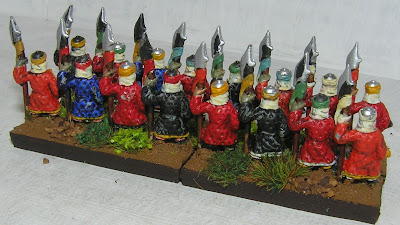 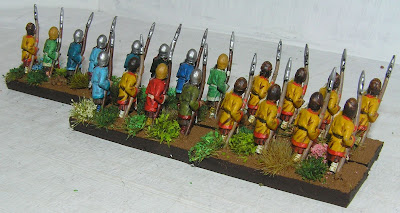 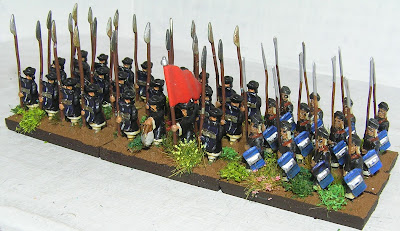 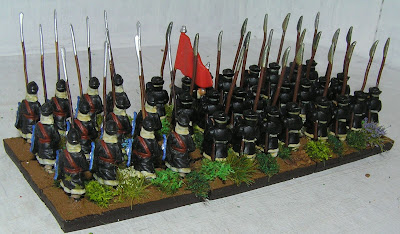 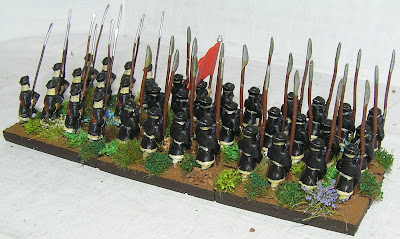 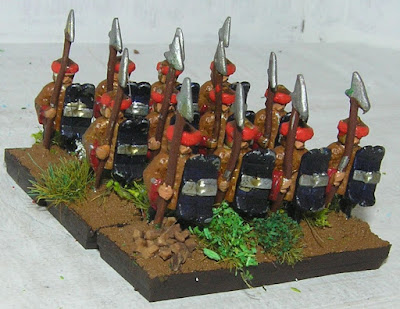 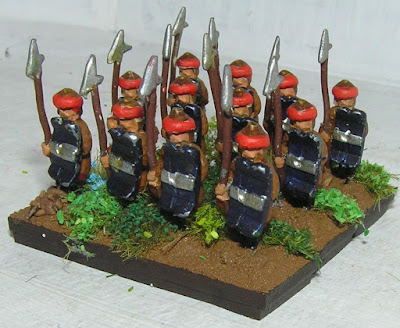 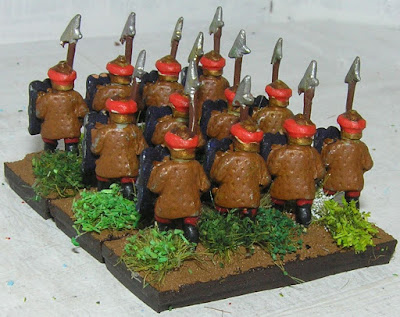 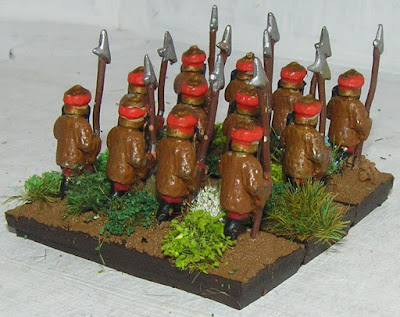