Bob at the club is building a Richard the Lionheart Crusader Army and an Anglo-Norman army and wanted two standard wagons for these armies. He purchased a couple of wagons from Essex Miniatures but asked me to provide the wagon guards etc.

To be honest I think the horses and oxen Essex provided were not that good. The horses are more suitable for a much later period and their oxen are quite small.

First thing I did was swap these out for some nicer oxen from my spares bag. Two Auroch sized Falcon Figures oxen for the Crusaders and two older Minifigs oxen for the English wagon.

The wagon guards for the Crusaders are Gladiator FE22 Flemish Spearmen from my recent purchase which meant I didn't have to paint them up on the off chance they would sell on EBay and the English wagon guards are some spare Essex spearmen with earlier teardrop shields. The Anglo-Norman wagon will do for the Early Crusaders army too at a push despite the Banner of St Cuthbert Bob requested I use. This wagon didnt come with a standard but luckily I had a spare Minifigs one left over from my previous workings on making standard wagons.

Bob wants to base them himself so they are unbased ready for delivery. 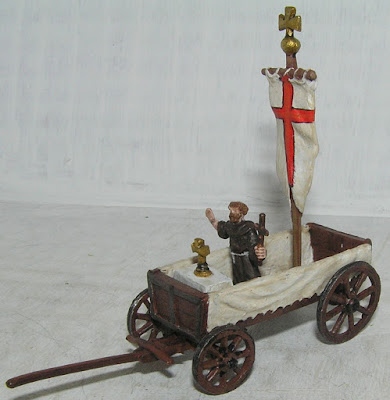 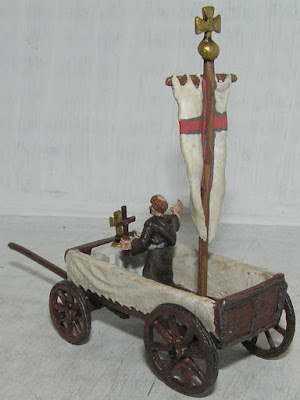 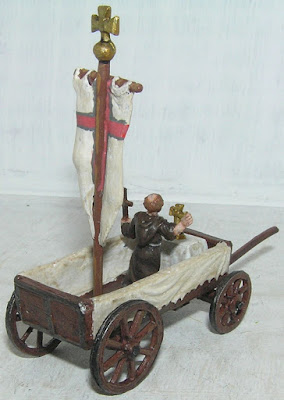 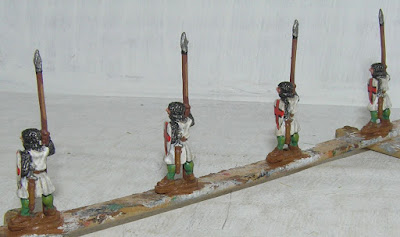 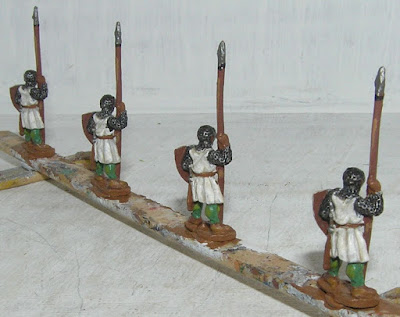 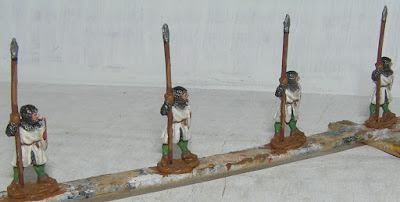 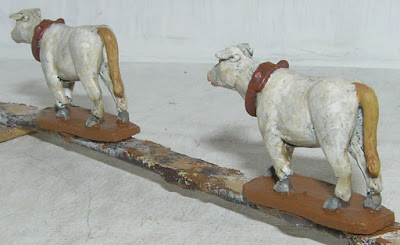 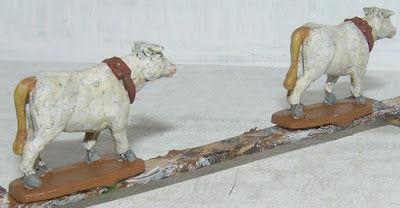 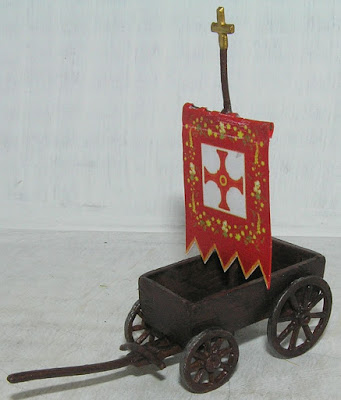 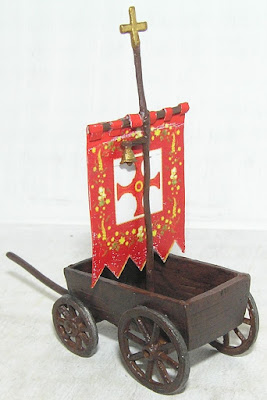 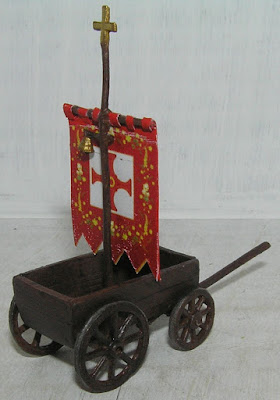 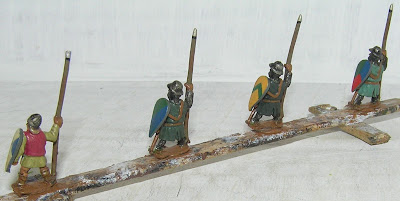 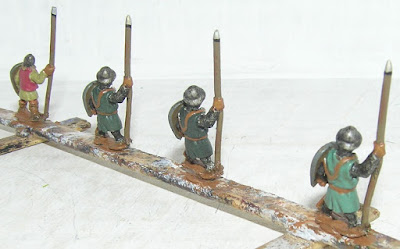